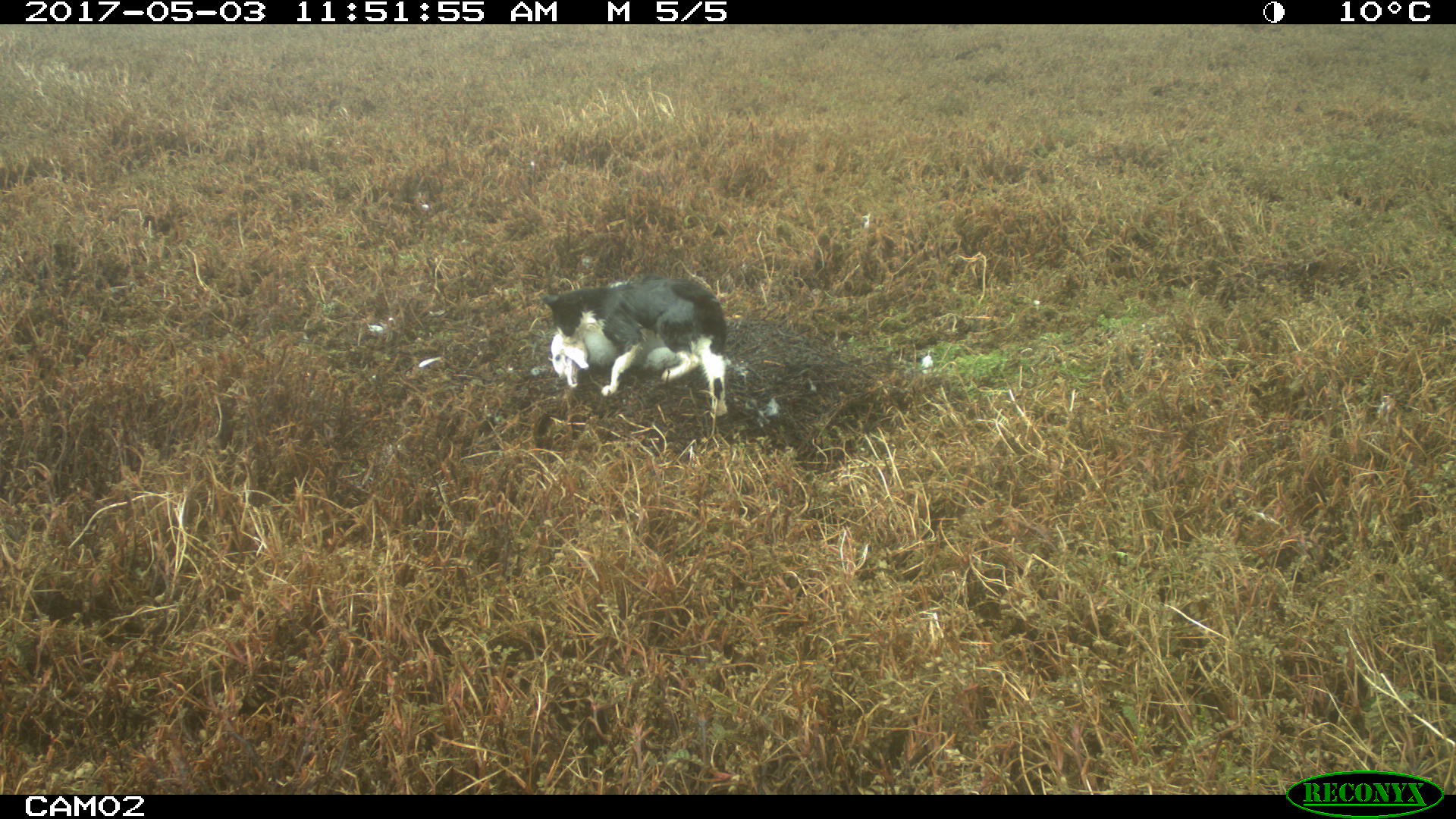 A daytime attack: more details below 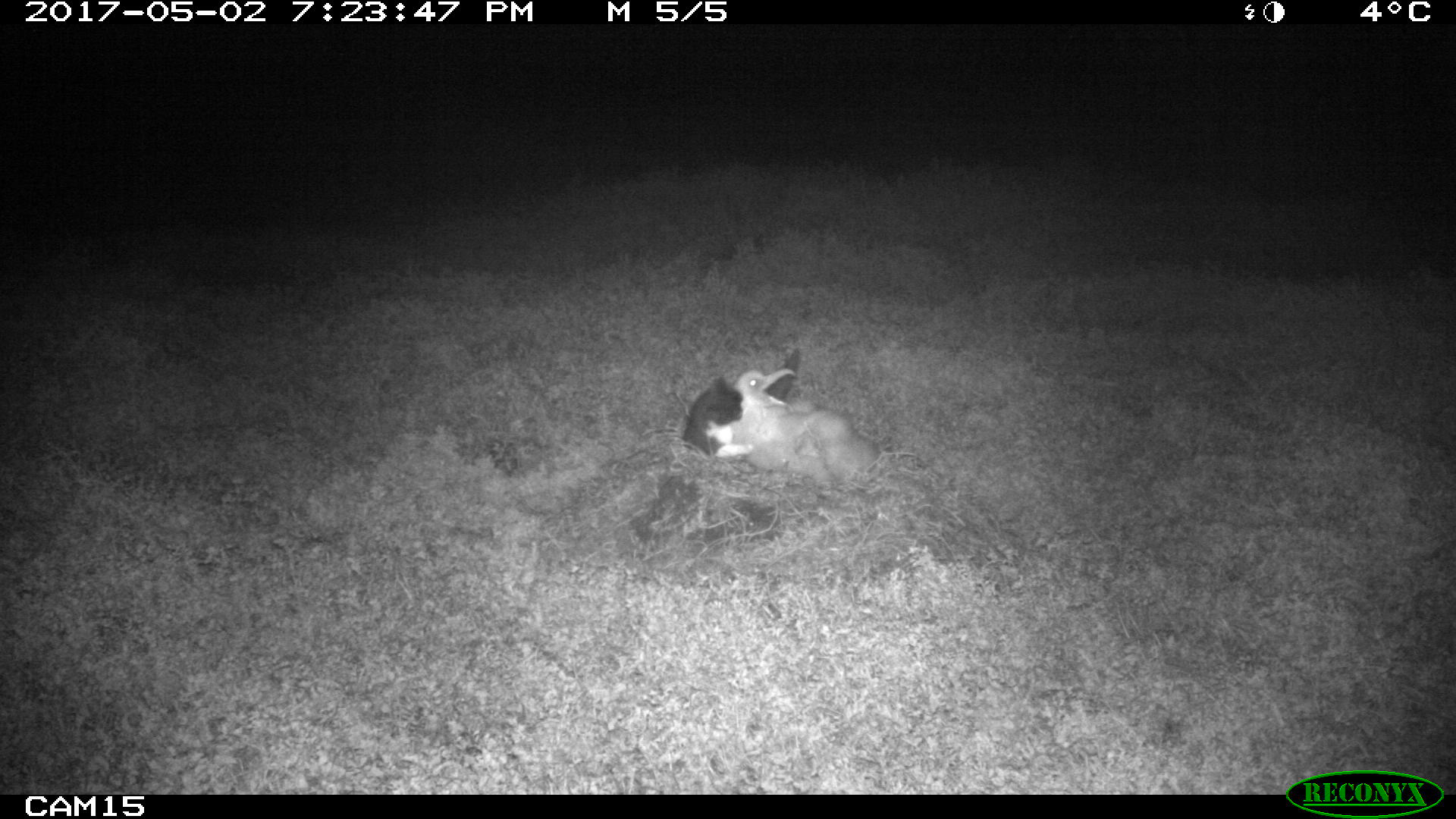 A night-time attack: more details below 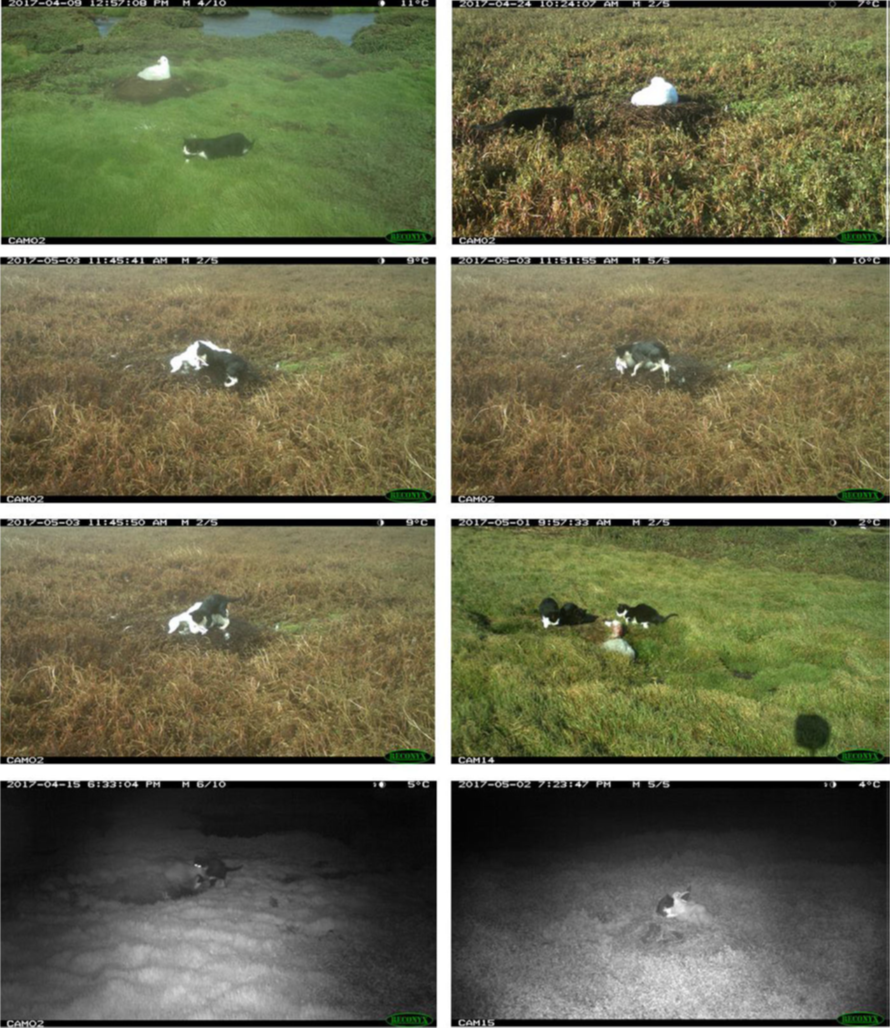 “Feral cats (Felis catus) are a potential threat for several seabird species including medium sized albatrosses, but studies documenting predation behavior, demographic impacts and effects of predator control are scarce. Here, we present data on feral cat predation behavior on one of the world’s largest seabirds, the wandering albatross (Diomedea exulans) at Kerguelen Island, and show how it affects breeding success and rate of population growth. We assess the effect of a feral cat control experiment on breeding success and population viability. Using 32 camera traps we monitored 25 nests of albatross and detected 295 events showing a potential predator. Of these, 75.2% and 24.8% involved feral cats and giant petrels, respectively. Giant petrels were never implicated in direct predation. We recorded 17 attacks of feral cats on 13 albatross chicks. Attacks lasted in average 52.1 ± 72.9 min, and resulted in the death of 10 of the 13 (76.9%) monitored chicks. Breeding success where attacks were recorded was low (12%) compared to areas with no attack (86%). Mean breeding success during 3 years before cat control was 26% and increased to 80% during the 3 years following the experiment. According to predation scenarios, population modelling showed that the albatross population would decline by 2.7–4.5% per year without cat control. Following cat control the population would increase at 1.8% per year. Our results demonstrate that feral cats predate and have negative impacts on breeding success and population growth rate of wandering albatrosses at Kerguelen Island. We provide recommendations on feral cat control and eradication to mitigate the risk of population decline or local extinction of large albatrosses.” 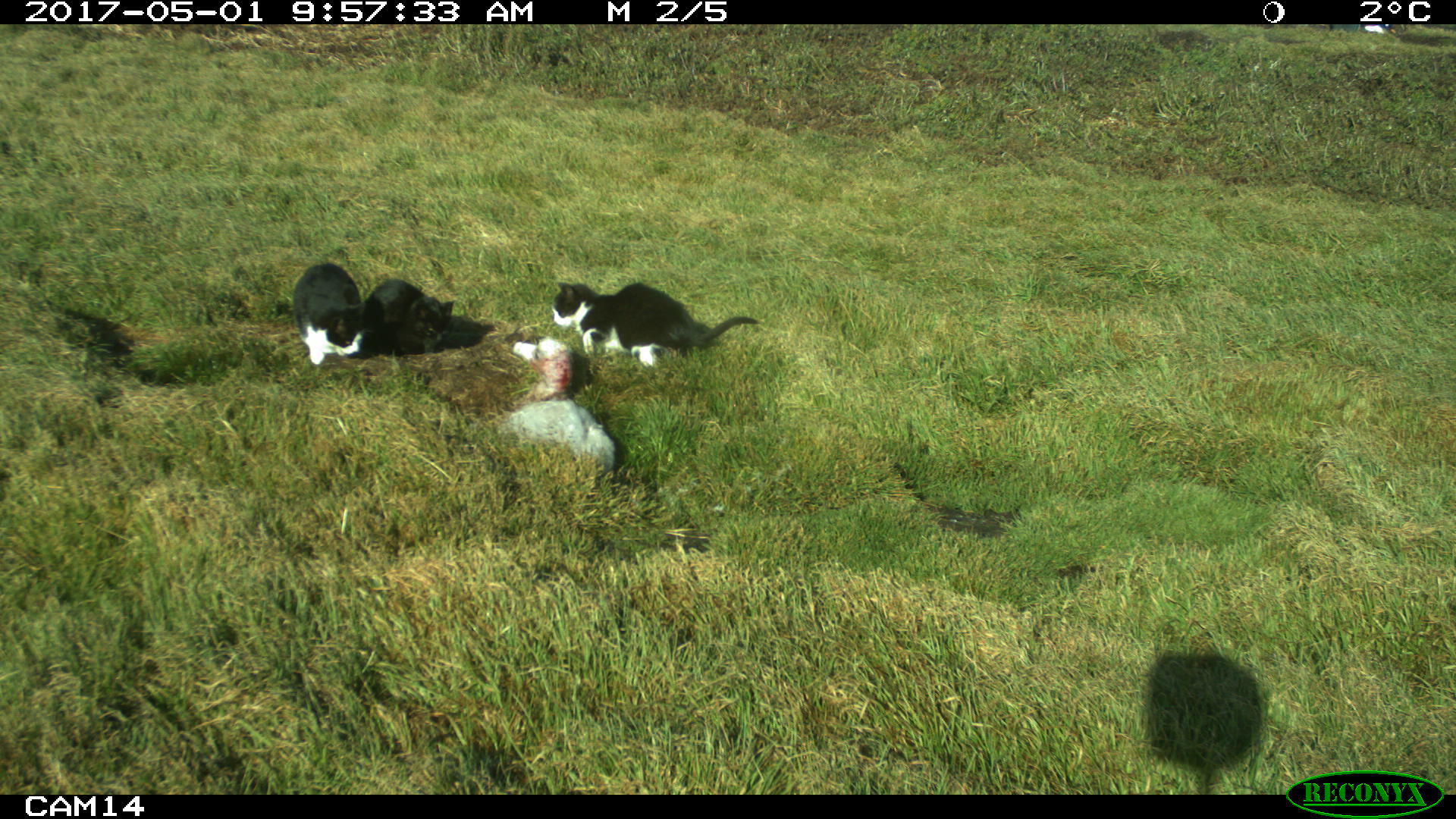 With thanks to Christophe Barbraud for information and photographs