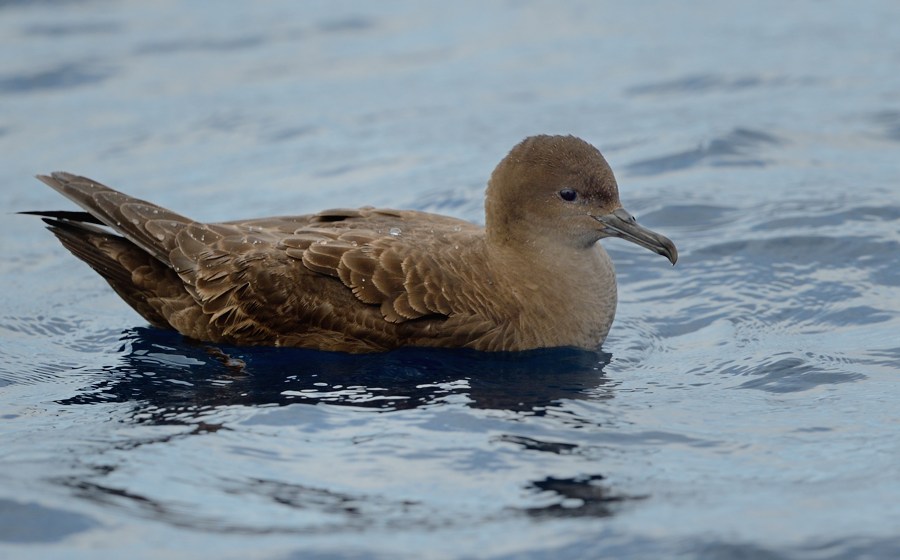 “Food deprivation may decrease selectivity in food; however, (1) whether animals can cross a selectivity threshold whereby they ingest non-nutritive items ('non-food') in lieu of food (engaging in pica/lithophagia), (2) their behaviour, or (3) the implications of these behaviours are not documented. By examining carcasses of seabirds that ingested pumice of known provenance prior to death, we provide insights into whether wild animals starve because they have eaten non-food, or whether they eat non-food because they are starving. We investigated ingestion of pumice and plastic in carcasses of short-tailed shearwaters Ardenna tenuirostris following a significant starvation mortality event (also known as seabird wreck), during which millions of shearwaters died along the eastern Australian coastline in 2013. We found that the stomachs of 96.5% of 172 seabirds sampled contained pumice or plastic at the time of death. We used global location sensors to track the 2013 shearwater migration and overlaid these tracks with the dispersing pumice raft from the 2012 Havre underwater volcanic eruption, Kermadec Islands, New Zealand. We determined that shearwaters in a starved state had ingested pumice 12-41 h before death, indicating that starving or food-stressed seabirds exhibit reduced prey discrimination. The provenance of the ingested plastic was not known. Ingestion of non-nutritive items has serious implications for wildlife, particularly long-lived or migrating species. Additional risk to already nutritionally compromised animals includes dietary dilution, gastric foreign body obstruction and toxicity. With a projected changing climate and increased marine pollution and over-exploitation of resources, this study has implications for the interaction of stressors, mass mortalities and exacerbation of existing threats to marine species.”