UPDATED. A big breeding year for Wandering Albatrosses on Bird Island in the South Atlantic 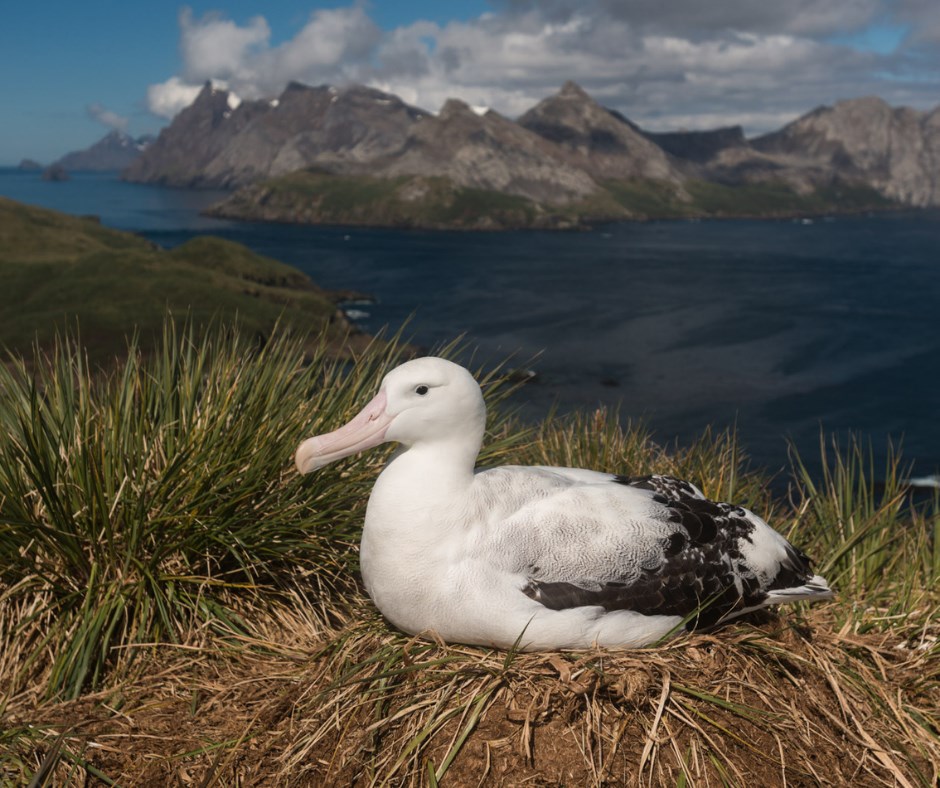 Each austral summer on Bird Island, South Georgia (Islas Georgias del Sur)* in the South Atlantic the annual Wandering Albatross Diomedea exulans (Vulnerable) nest census takes place.  It is completed at the end of January when all of the Wanderers that are going to attempt breeding for that season are incubating.  The 2021 results are 671 eggs, a five-year high for the island. It's reported that there wasn't an abnormally high failure rate on Bird Island in the previous season (failed birds will return the next year to try agan in a species that only breeds every second year if successful thus boosting the numbers) so the current season could be a combination of both this and more first-time breeders recruting to the population laying eggs.