“Around the World for Albatrosses”: a book that supports their conservation 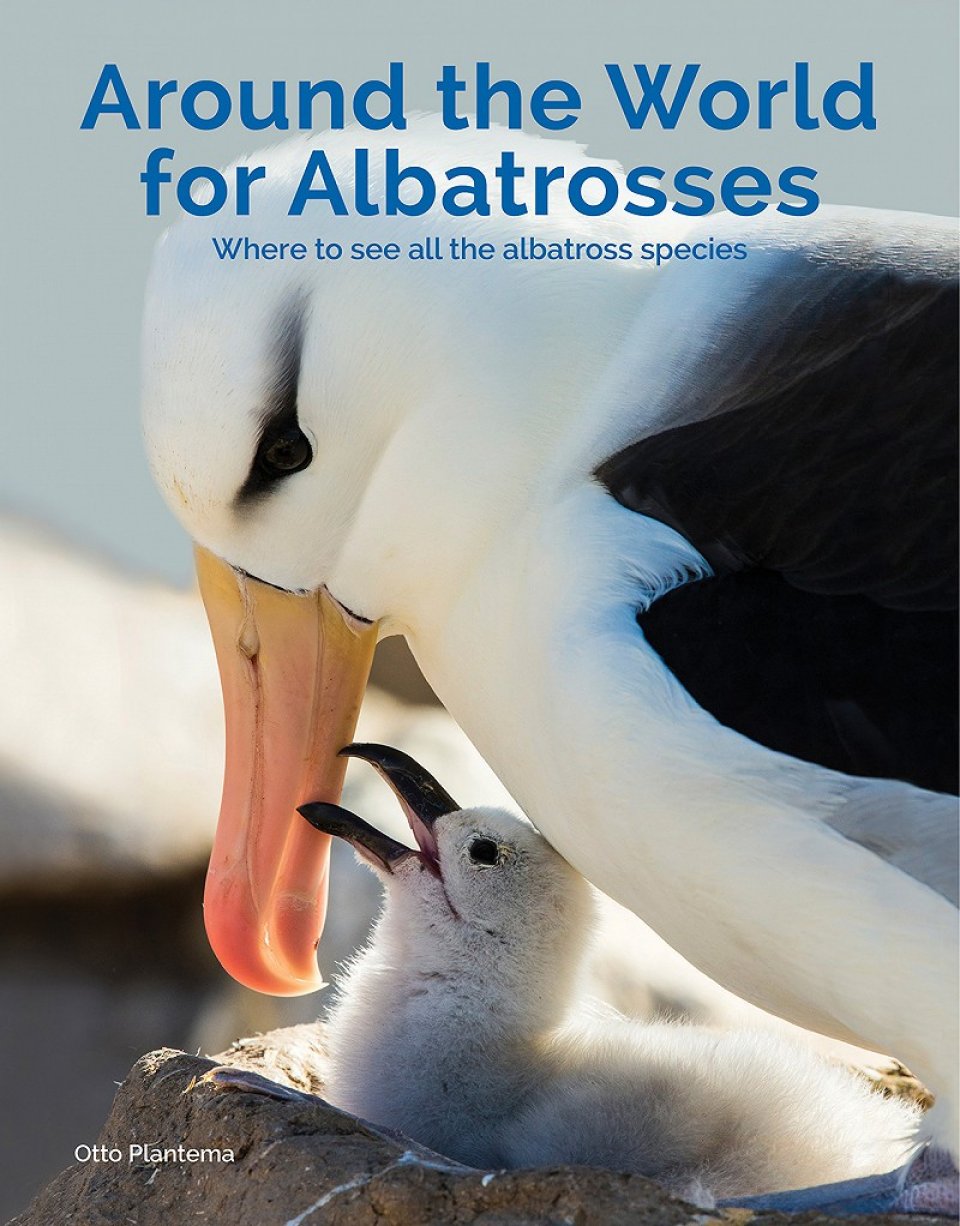 Perhaps disruptions in international mailings last year due to the COVID-19 pandemic hindered ACAP Latest News continuing with its occasional reviews of books that deal with ACAP-listed species and their habitats.  Whatever the reason, and to keep ALN followers up to date, it is intended to post details of a few recent(ish) titles without the usual reviews from copies received.  First up is Otto Plantema’s privately published “Around the World for Albatrosses” subtitled “Where to See All the Albatross Species”.

The following is from the publisher’s ‘blurb’:

“Thinking about albatrosses is thinking about remote, uninhabited, windswept islands in the vast open oceans. As being the ultimate marine family, seeing one of the 21 species* of Diomedeidae is often one of the highlights of a birdwatcher’s trip. Many of them aren’t very easy to see for the land-based birder and access to the colonies is often restricted and expensive.

Otto Plantema has extensively sailed the oceans in search for albatrosses and other seabirds. He has visited breeding colonies of all but one species (Amsterdam Island Albatross) in order to photograph them. Quite a few species were encountered more often than a couple of times. The book offers a quick and structured overview of where, when and how to see albatrosses. But it is more than a ‘where to watch birds’ book with pictures.

After an introductory chapter which briefly describes taxonomy, ecology, threats, breeding biology and photography, the book describes the main geographical areas which you have to visit if you want to see all the species near or in the colony: Falkland Islands, South Georgia, Tristan da Cunha archipelago, French Subantarctic islands, New Zealand and Subantarctic islands and the (Subtropical) North Pacific (Hawaii, Japan and Galapagos). Most chapters contain a paragraph on history and geography per island followed by a how to visit these islands and the species accounts, which contain: identification (briefly), history, population, distribution, behavior, breeding, threats and status.” 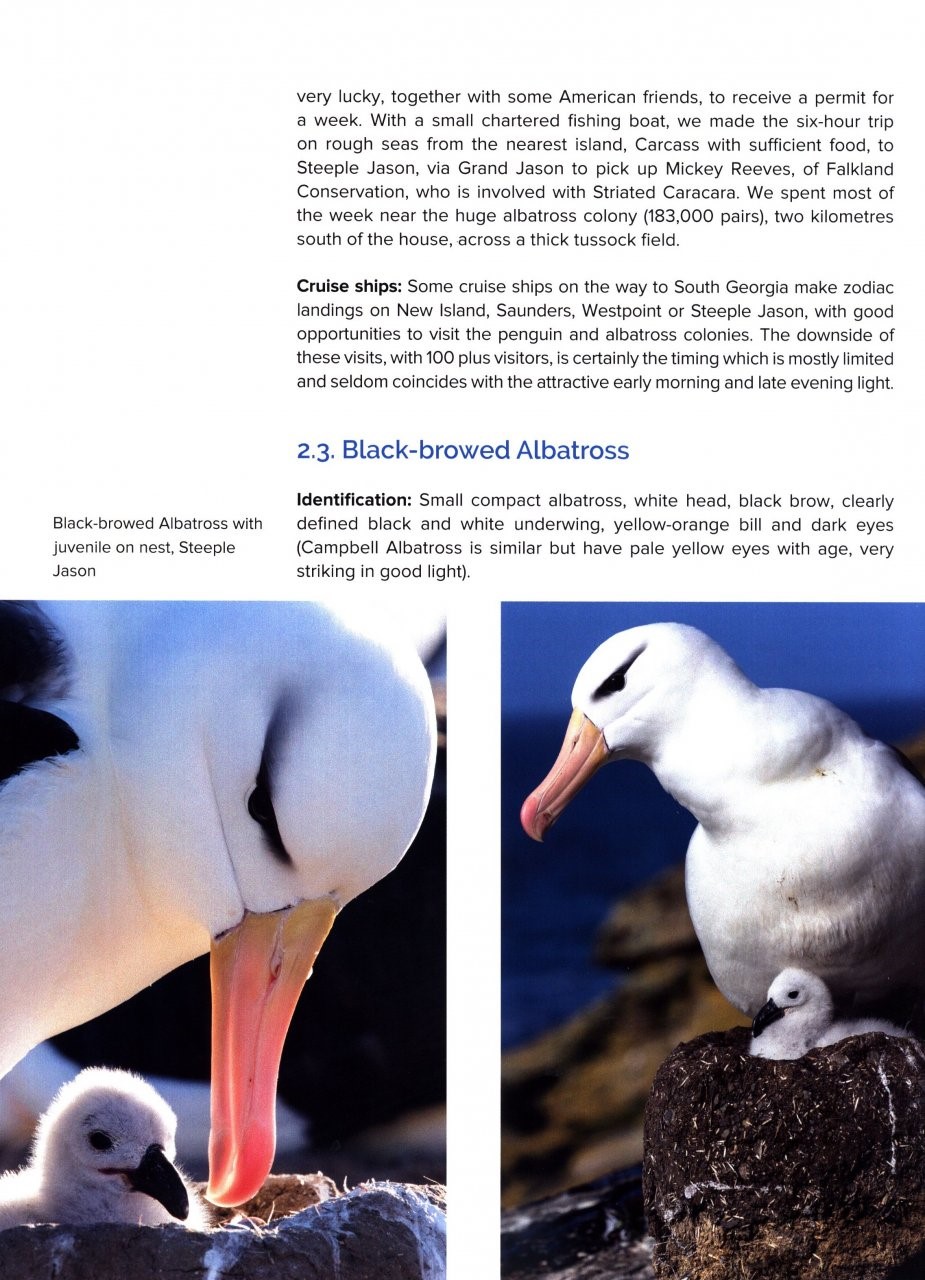 A page from "Around the World for Albatrosses"

It’s stated that a portion of proceeds from sales will go to the BirdLife International’s Albatross Task Force.