A hooked Black Petrel gets a reprieve 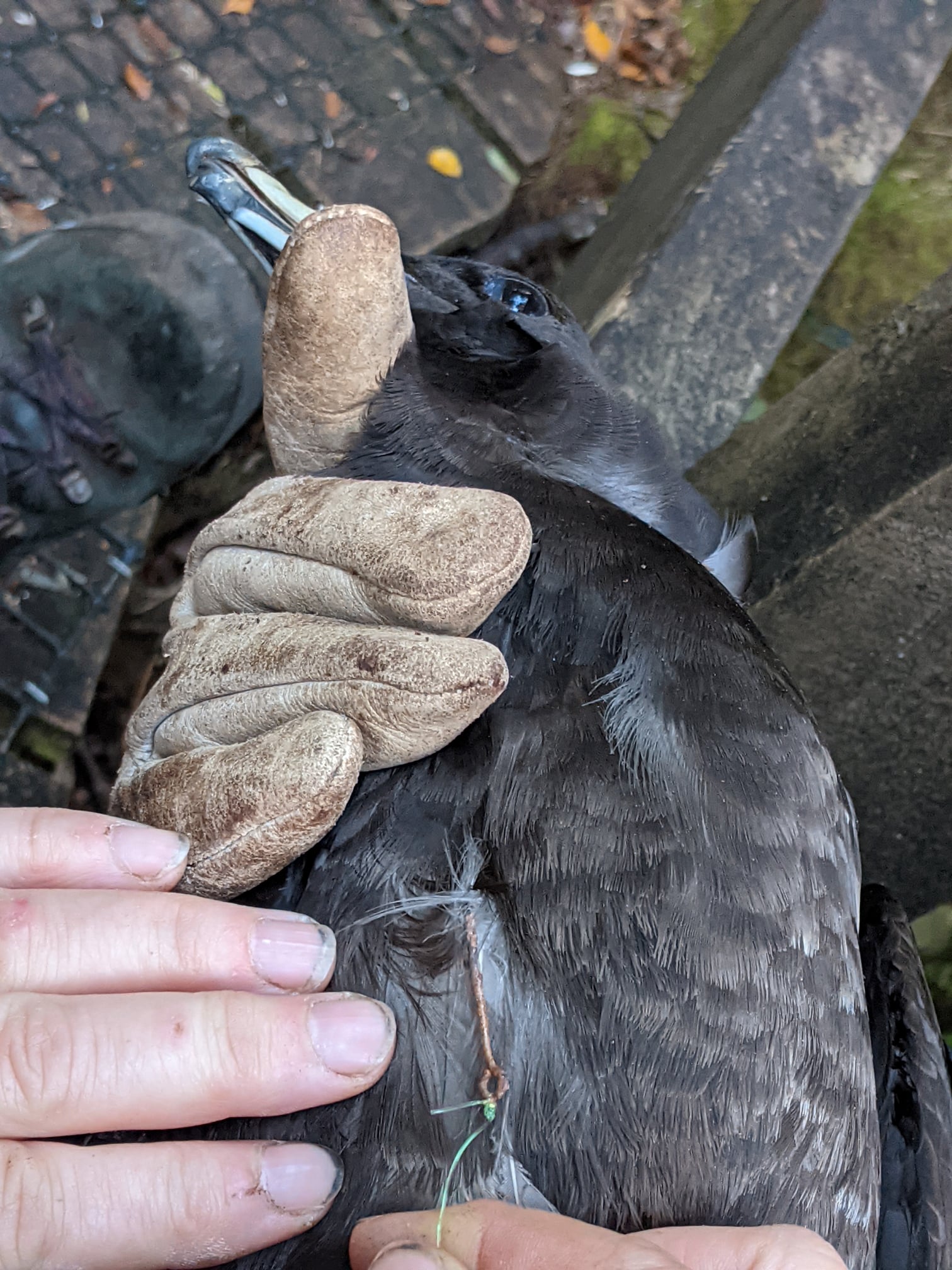 The ACAP-listed Black Petrel Procellaria parkinsoni, a New Zealand endemic, has both a global and a national conservation status of Vulnerable.  The species breeds on only two islands, with a detailed long-term study being undertaken on Great Barrier/Aotea by Wildlife Management International (WMIL).  Annual burrow monitoring in the study colony this summer revealed an incubating bird with a fishing hook embedded in its chest.  The non-profit organisation Southern Seabirds reports on its Facebook Page on one bird that got a lucky reprieve:

“A recreational fisher clearly hooked this black petrel and was unable to remove the hook.  The trace was cut nice and short which meant the bird returned safely to its burrow on Great Barrier Island and continued to incubate its egg.  A team led by Biz Bell at WMIL had the tools required to remove the hook which was only a few millimetres into flesh.  Happily, it was still incubating its egg when last checked a few days later.  Removing a hook is only possible with the barb crushed by pliers or snipped off with hand-held bolt cutters - definitely worth having on you when you are fishing!” 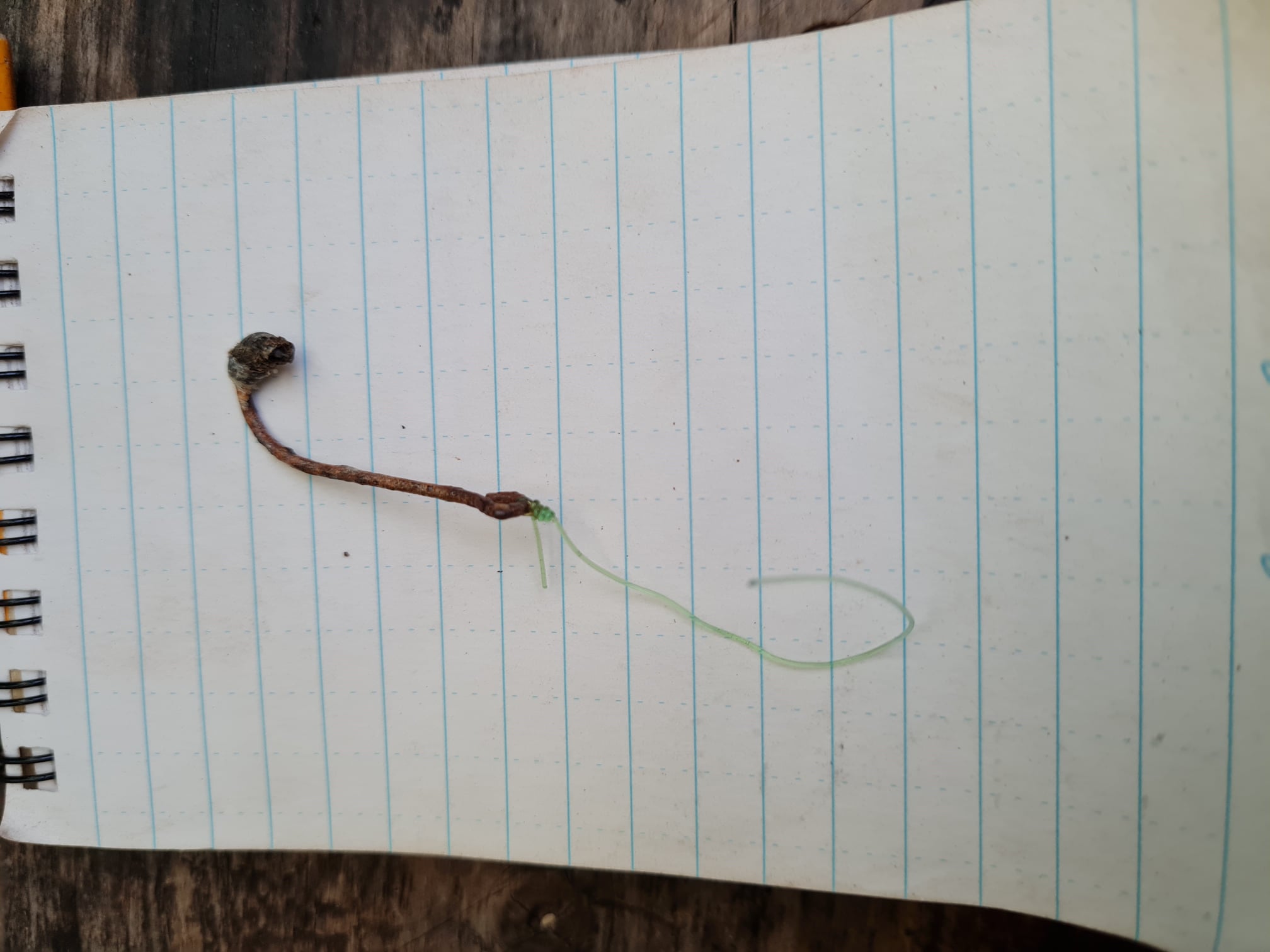 The hook after removal, photographs from Wildlife Management International