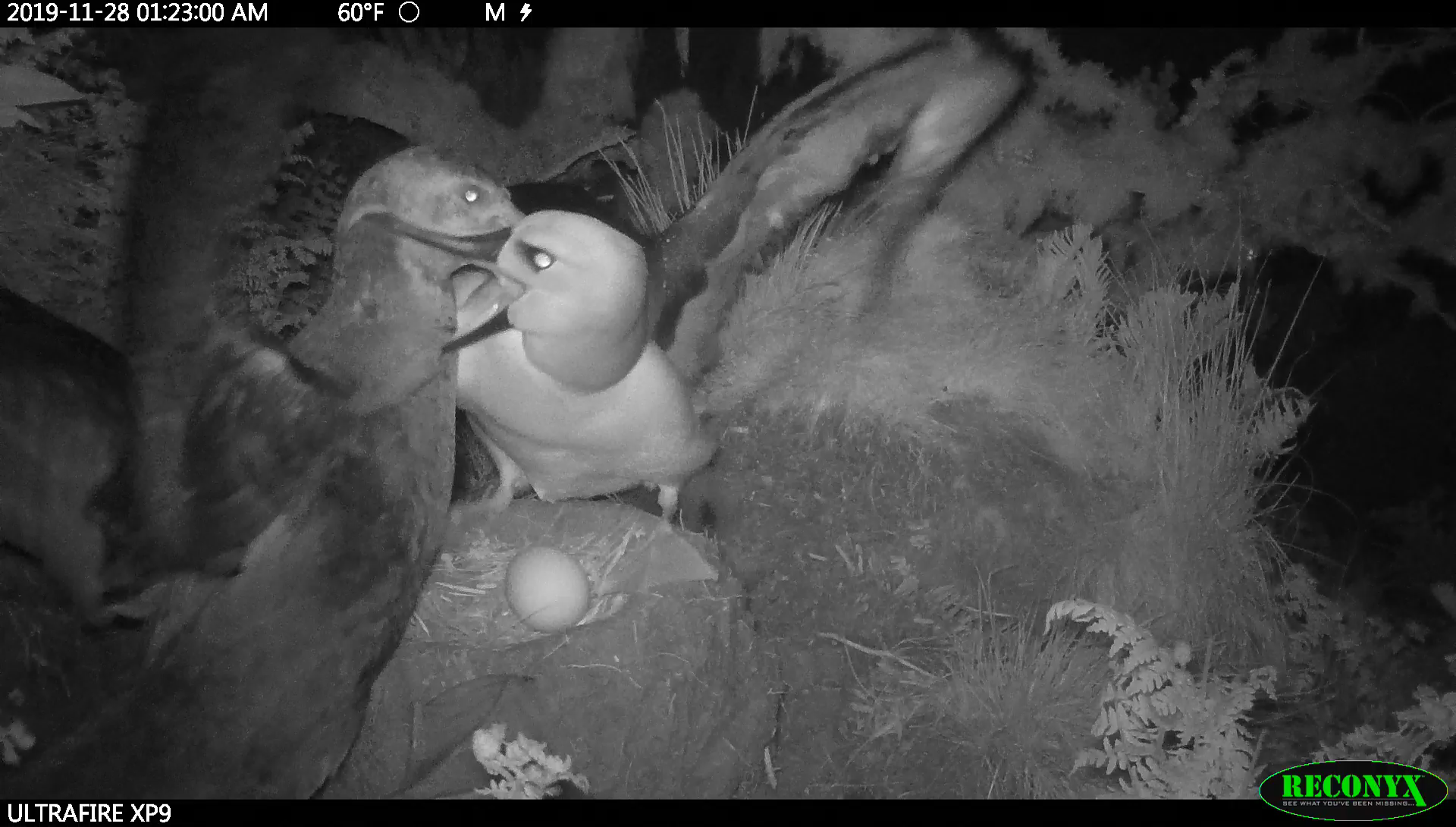 “Giant petrels Macronectes spp. are the largest avian predator-scavengers in the Southern Ocean and feed both by direct predation and by scavenging carrion. However, they are not considered to be predators of adult albatrosses. We report the first records of Southern Giant Petrels M. giganteus attacking and killing incubating Atlantic Yellow-nosed Albatrosses Thalassarche chlororhynchos on Gough Island. From 2017 to 2019, a total of 87 adult carcasses were found near nests within long-term monitoring areas. In 2019, 16 motion-activated cameras filmed 32 nests between September and January, during incubation up until chicks were no longer guarded by their parents. Camera footage revealed at least six different male Southern Giant Petrels independently attacking 11 incubating Atlantic Yellow-nosed Albatrosses, killing and feeding on 5 of those. We also recorded a Southern Giant Petrel attacking a brooding Atlantic Yellow-nosed Albatross and carrying its chick away. Of these camera-monitored nests breeding success was 18.75%, nest failure was due to parent mortality (n = 6), chick mortality (3) and nest abandonment (17), with giant petrels being confirmed or strongly suspected in at least 14 of 26 cases (54%). We observed these attacks in two out of 11 study areas, but it is uncertain whether this behaviour occurs elsewhere on Gough Island, or whether it is a novel hunting method learnt by a few individuals. However, if this behaviour spreads across albatross colonies, the resulting increase in adult mortality could have a significant impact on this endangered Atlantic Yellow-nosed Albatross population.”

With thanks to Michelle Risi for photograph and video clip.