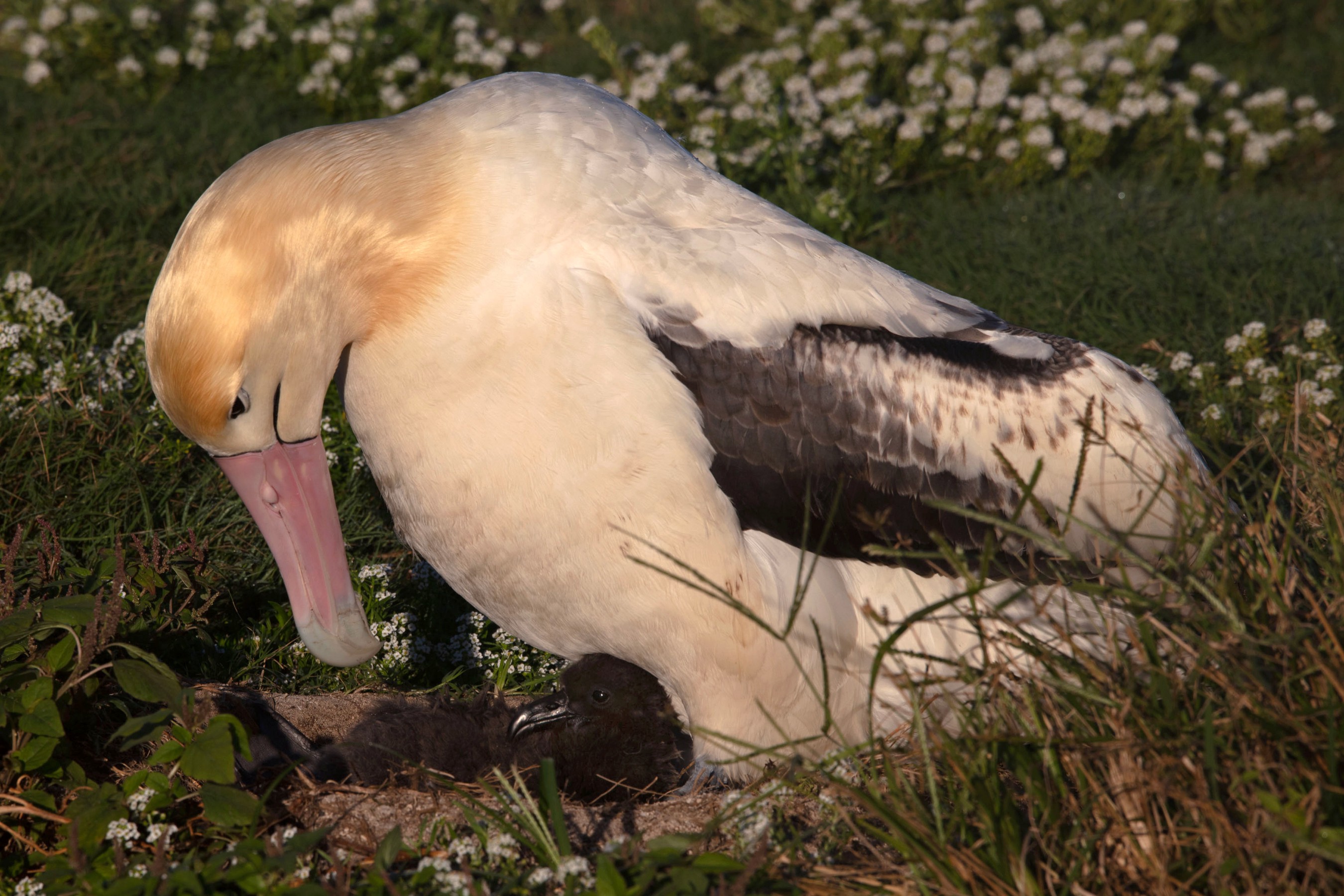 and watch the video clip

George and Geraldine make up the sole pair of Vulnerable Short-tailed Albatrosses Diomedea albatrus on Midway Atoll’s Sand Island.  They commenced breeding on the island in 2018 after first meeting up on the island in 2016 and have attempted breeding every year since.  Apart from a female-female pair on Kure Atoll they are currently the only breeding Short-tails on USA territory.  News is now in that they have hatched their latest egg:  "The short-tailed albatross pair … laid their egg on October 28 [2020].  Since then, biologists have had a trail camera trained on the nest, hoping to catch the first images of the chick hatching.  Biologists believe the egg hatched on January 1.”

To date, George and Geraldine have successfully fledged two chicks on Midway; good parents, so a third fledgling later this year may well be expected.  Read more on the history of the pair.