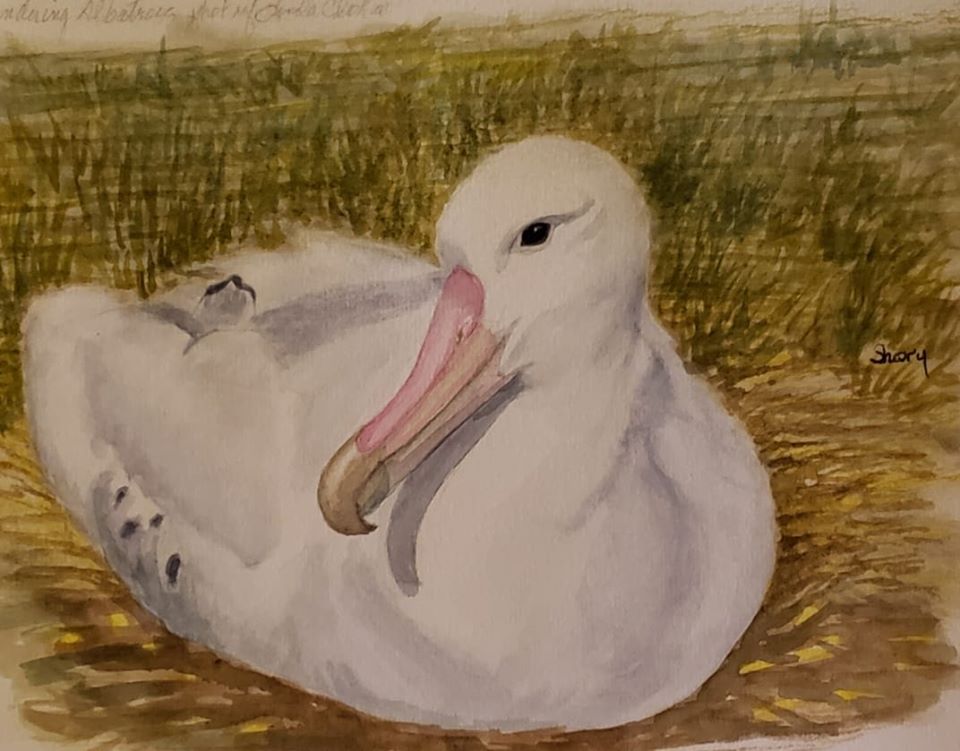 Wandering Albatross by Shary Page Weckwerth, from a photograph by Linda Clokie

“The wandering albatross, Diomedea exulans, is a globally threatened species breeding at a number of sites within the Southern Ocean.  Across the South Georgia archipelago, there are differences in population trends even at closely located colonies.  Between 1999 and 2018 the largest colony, at Bird Island, declined at 3.01% per annum, while in the Bay of Isles, the decline was 1.44% per annum.  Using mean demographic rates from a 31-year study at Bird Island and an 11-year study of breeding success at Prion Island in the Bay of Isles in a VORTEX model, we show that differences in breeding success do not fully explain observed differences in population trends.  Other potential contributing factors are differential use of foraging areas, with possible knock-on effects on adult body condition, provisioning rate and breeding success, or on bycatch rates of adults or immatures.”