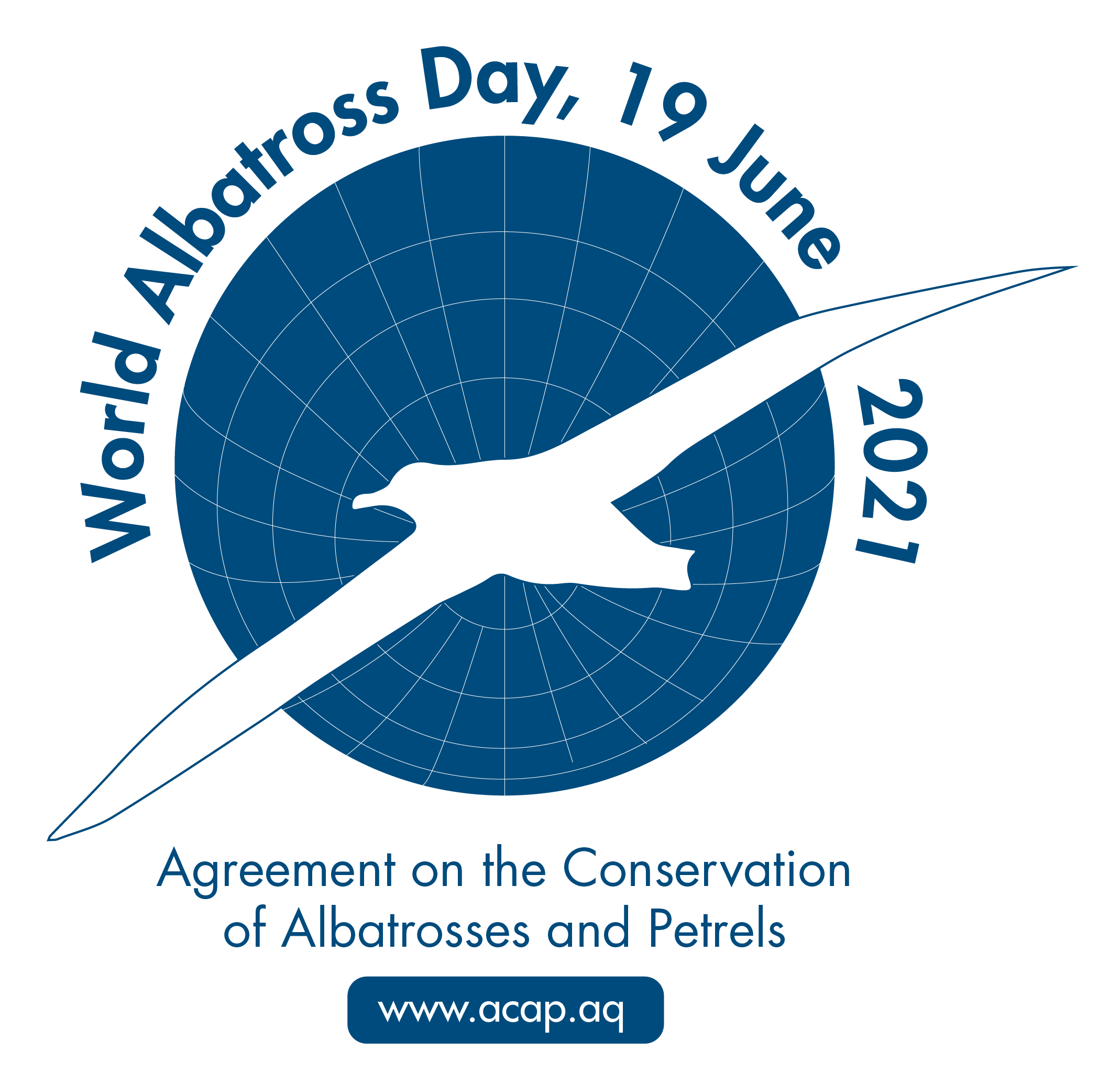 The WAD logo for 2021 is available in English, French, Portuguese and Spanish; designed by Geoffry Tyler 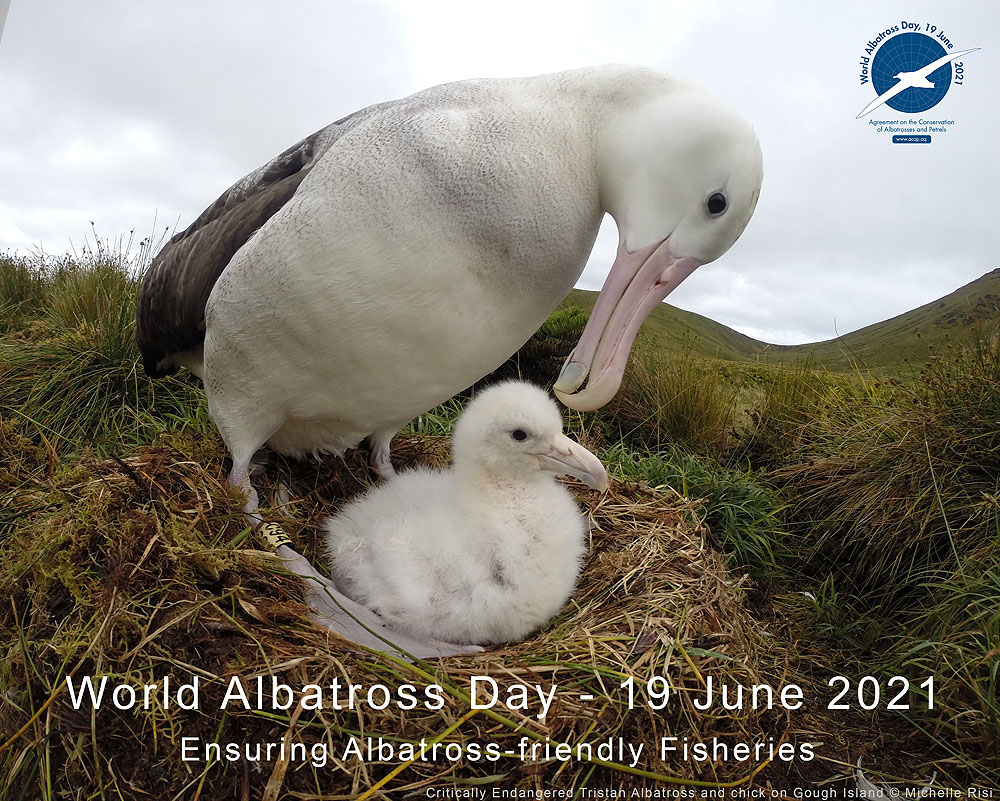 In support of World Albatross Day ACAP intends to highlight one or more of the 22 albatross species each year with posters and other artworks.  The featured species chosen for 2021 are the two most threatened albatrosses, both categorized by IUCN as Critically Endangered (defined as facing an extremely high risk of extinction in the wild).  They are the Tristan Albatross Diomedea dabbenena of the United Kingdom’s Gough and Inaccessible Islands and the Waved Albatross Phoebastria irrorata of Ecuador’s Islas Española and  de la Plata.  The posters depicted here of these two species were designed by Michelle Risi.  They will also be produced with French and Spanish texts.  Downloadable high-resolution versions in all three ACAP languages suitable for framing and display will be posted to this website in the coming days.  Scroll down here to read two-page illustrated species summaries for the Tristan and Waved Albatrosses that are aimed at school learners and the general public . 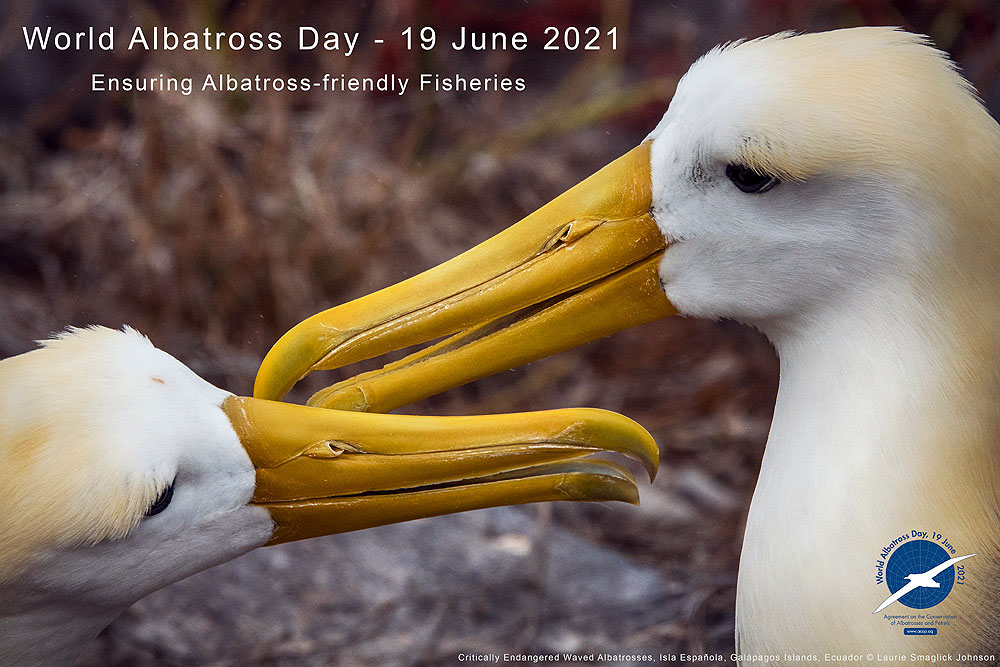 The WAD Group is working towards other products and activities to increase awareness of the conservation crisis that continues to be faced by the world’s albatrosses and petrels.  Look out for more posts to ACAP Latest News on ‘WAD2021’ between now and 19 June!

With thanks to Laurie Smaglick Johnson and Geoffry Tyler.