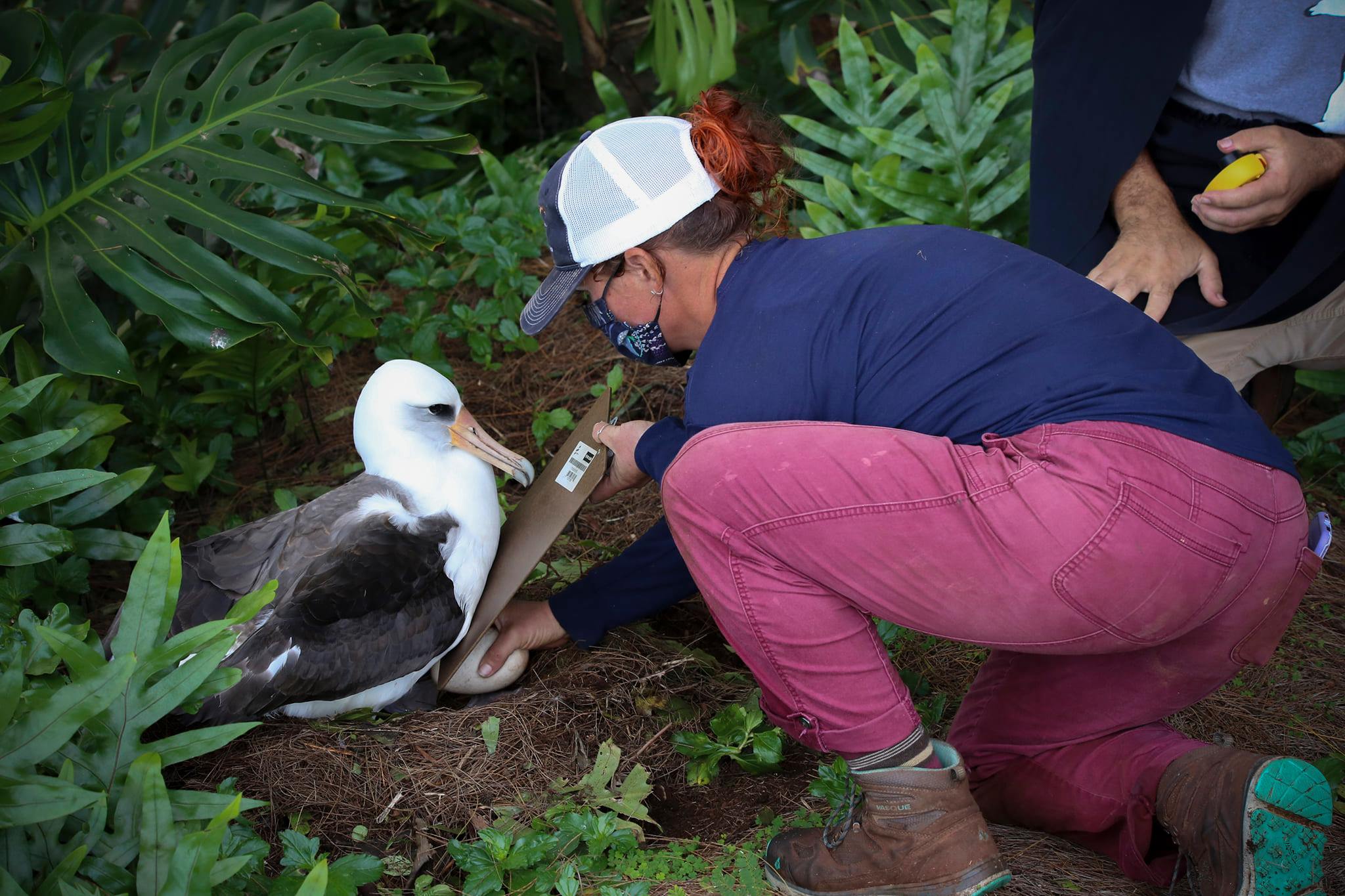 Leilani Fowlke and Robby Kohley of Pacific Rim Conservation exchange eggs with a female-female pair, known as the "Puʻu Moms", on Kauai; photograph by Hob Osterlund

Once more ACAP Latest News can report on the annual effort to exchange infertile eggs with fertile ones of the globally Near Threatened Laysan Albatross Phoebastria immutabilis on the Hawaiian island of Kauai.  Egg collecting at the Pacific Missile Range Facility Barking Sands (PFMR) in an effort to reduce the risks of bird strikes has been conducted over more than decade; the eggs are then given to breeding pairs (including several female-female ones) with infertile eggs elsewhere on the island, following testing by candling. 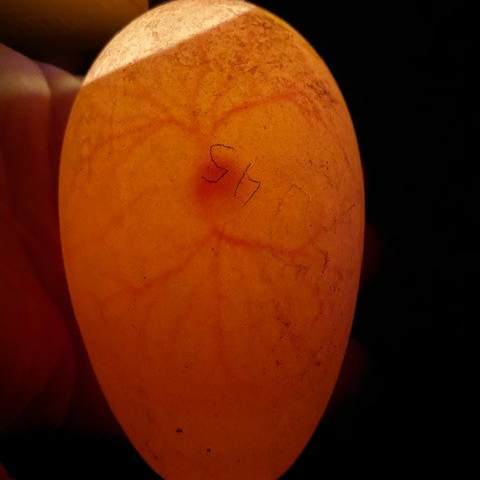 “A developing Laysan Albatross egg.  The red circle in the middle is the developing chick”, photograph from the Pacific Rim Conservation

“The week before Christmas is always a busy one for us.  During that week we receive up to 45 Laysan Albatross eggs from the Pacific Missile Range Facility on Kauai, where the adults nest next to an aircraft runway.  Since large birds and large planes are a bad combination, we are given the eggs, and then they are placed in wild "foster nests" across Kauai and Oahu whose natural eggs have died.  We determine whether eggs are alive by candling them and looking for the embryo.”

Hob Osterlund of the Kaua’i Albatross Network adds that “fifteen more albatross may fledge from the shores of Kaua’i this year” as a consequence of the exchanges.  In the 2018/19 season 16 fertile eggs from the missile range facility were given to infertile pairs on Kauai with more taken to Oahu for the same purpose.  A translocation also took place in the 2019/20 season.

For more background on the translocation exercise read here.

With thanks to Hob Osterlund and Eric Vanderwerf.