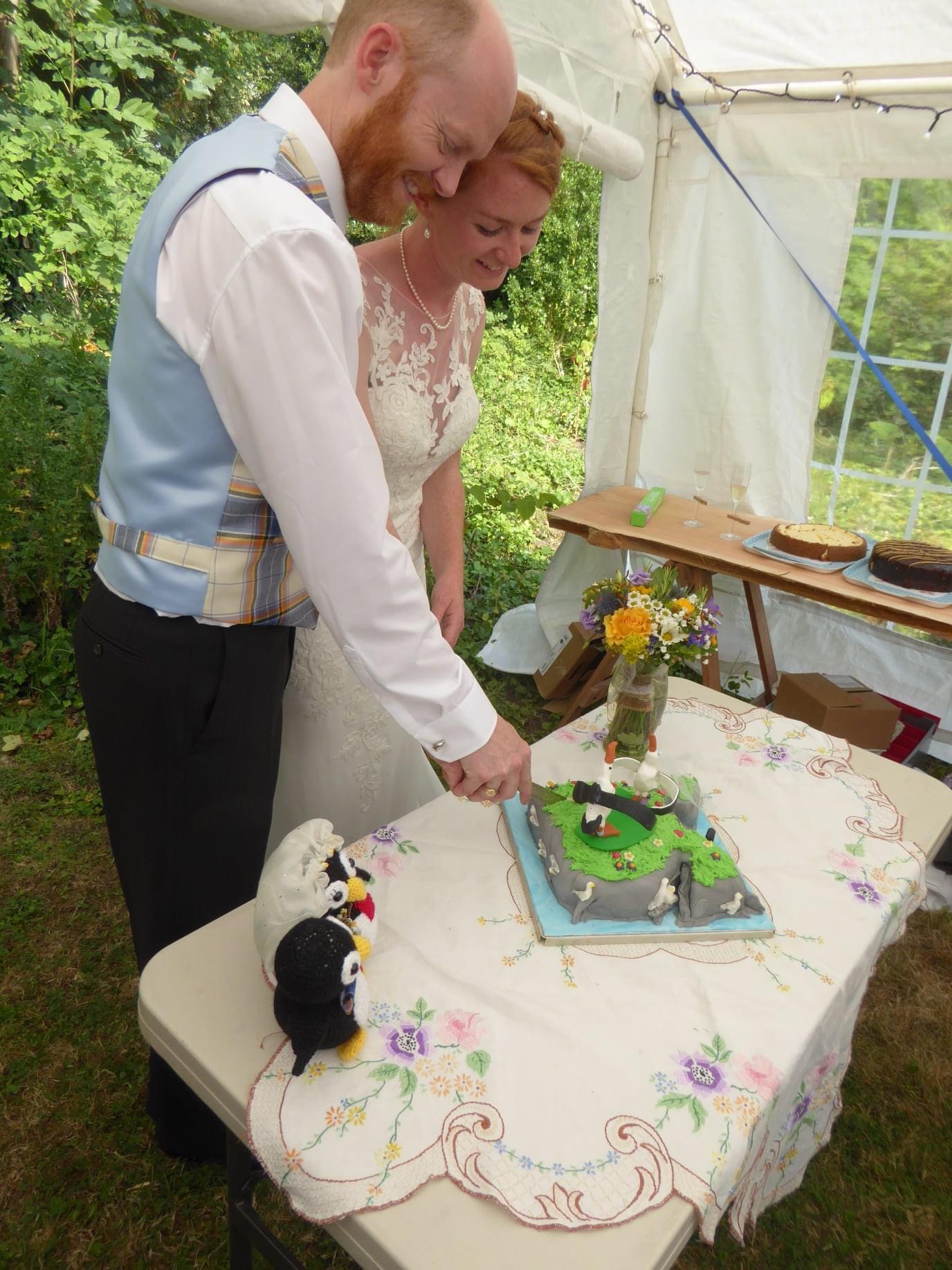 Bride and groom cut the cake

Earlier this month Alastair Wilson and Ros Green were married on a farm in North Shropshire, UK.  The COVID-19 pandemic meant that only 20 immediate family members could attend; however, the ceremony was live streamed on Facebook for friends and family to watch.  Ros is a Research Ecologist with the Wetland and Marine Research Team at the British Trust for Ornithology and Alastair is an Environment Officer with Cyfoeth Naturiol Cymru / Natural Resources Wales.

Previously Alastair spent two tours as a Zoological Field Assistant for the British Antarctic Survey at King Edward Point and on Bird Island in the South Atlantic where he worked with seals, penguins and petrels (and helped monitor albatrosses).  The couple met on Skomer Island off the coast of Wales in 2014 when they were both contract researchers monitoring the island’s Manx Shearwaters, European Storm Petrels and other seabirds.

Not really surprising then that their wedding cake features a pair of Wandering Albatrosses (that breed on Bird Island) displaying on Skomer.  Careful observers will spot the correctly coloured leg bands and the female’s veil!  The cake is also adorned with Black-legged Kittiwakes and a Razorbill, both Skomer breeders.  It was made by Alastair’s sister, Beverley Hopkins, who is a veterinary pathologist.  She tells ACAP Latest News that cake baking is only a hobby. 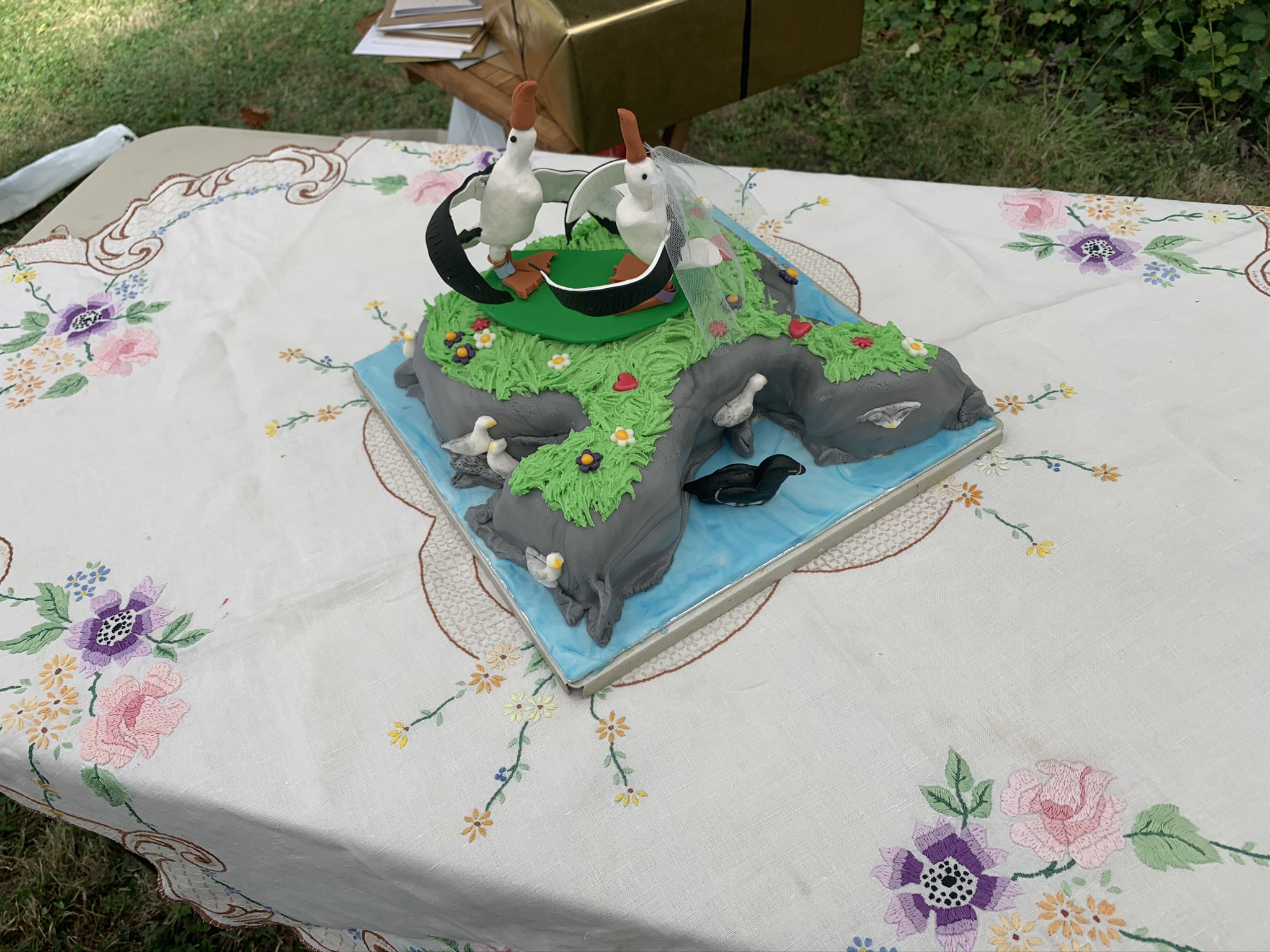 A close up of the wedding cake

Alastair is the great great nephew of ornithologist Dr Edward A. Wilson, who went to the Antarctic on the Discovery and Terra Nova expeditions with Captain Scott at the beginning of the last century.  To mark this connection his wedding waistcoat and tie featured the Antarctic tartan (as did the bridesmaids’ bows).  Alastair’s father and an uncle were both ornithologists, and another uncle is an Antarctic historian: “It’s in the blood as they say!”  ACAP wishes the married couple all the very best for their future life together.

With thanks to Ros Green, Beverley Hopkins and Alastair Wilson.