Laysan Albatrosses Phoebastria immutabilis are in the early stages of establishing a new breeding colony at Kahuku Point/Kalaeokaunaʻoa on the north coast of the Hawaiian island of Oʻahu.  After years of failed breeding attempts three chicks fledged from six eggs laid in the 2018/19 season, a success attributed to control of introduced mammalian predators and community outreach.  In the current 2019/20 season the breeding population increased to nine pairs, all which laid eggs.  Of these, five pairs abandoned their eggs, perhaps as a result of being disturbed.  One of these was a female-female pair which presumably laid infertile egg(s).  Of the remaining four eggs, one chick died while hatching and three hatched successfully.

The colony is looked after by the North Shore Community Land Trust with help from the U.S. Fish & Wildlife Pacific Islands Coastal Program.  The Trust has recently announced via its Facebook page that the three chicks all fledged this month. Before their departure the chicks were both metal and colour banded.  Children at the North Shore’s Hauʻula Elementary School have named the three fledglings Hiʻipoi ("to cherish and protect"), Kailani ("heavenly sea") and Pākaha ("Curious"). 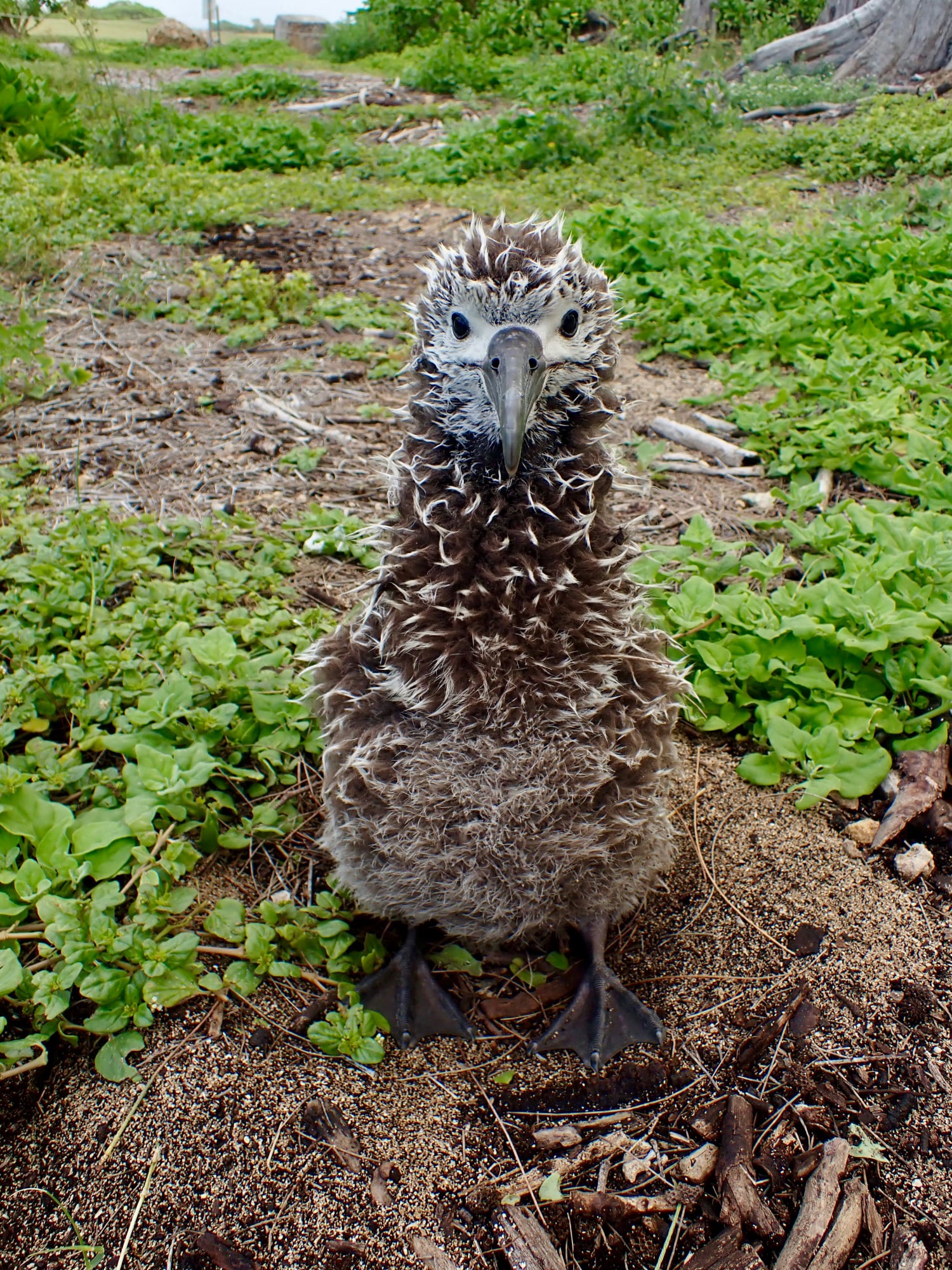 Read more about the Laysan Albatrosses at Kahuku Point/Kalaeokaunaʻoa here.

The North Shore Community Land Trust is a supporter of World Albatross Day.  With thanks to the Trust's Alice Terry and Sheldon Plentovich of the U.S. Fish & Wildlife Pacific Islands Coastal Program for information and use of photographs..