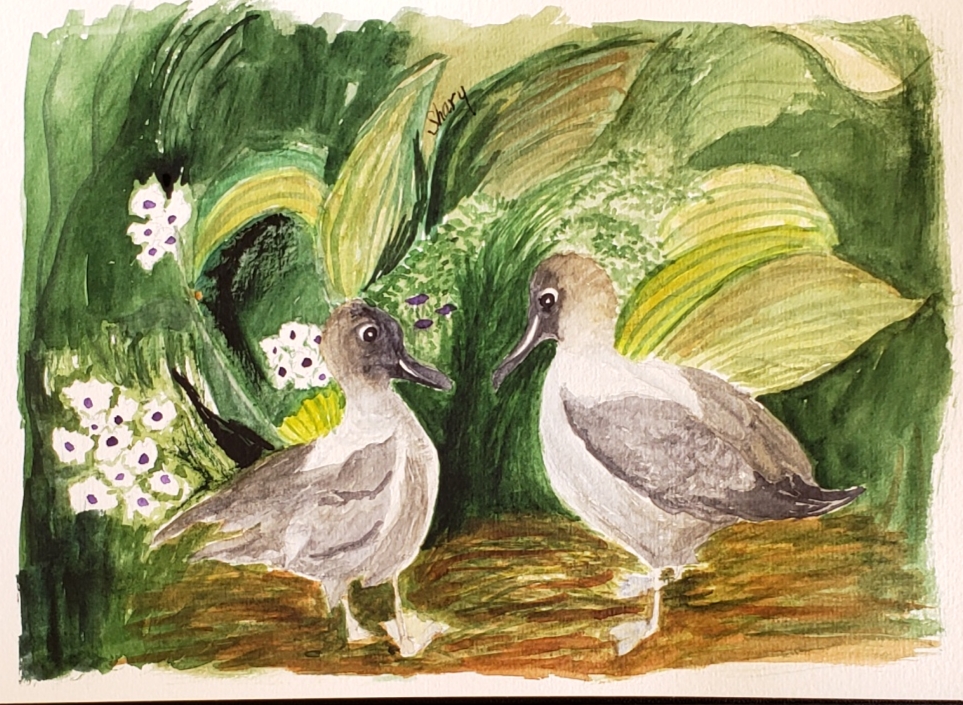 “Population sizes of light-mantled sooty albatross (Phoebetria palpebrata, LMSA) at the three New Zealand breeding sites (Auckland, Antipodes, and Campbell Islands) are poorly known.  Annual counts since 1999 of a small number of LMSA nests show a long-term population decline on Adams Island, Auckland Islands.  Mean nest numbers in 2016-17 were 10% down on counts in 1999–2000, with an annual rate of decrease, lambda, of 0.44 in the period 1999–2019.  Three methods to estimate the breeding population size were trialled: ground counts of nests (Adams); aerial photography of LMSA with ground-truthing (Adams); and boat-based counts of LMSA on coastal cliffs (Campbell).  Ground counts in a clearly delimited area were repeatable (42 and 40 active nests in 2017 and 2018, respectively), thus useful for monitoring, but ground counts are too limited for a whole-island population estimate.  Aerial photography overestimated the number of active nests by 12.5% compared with ground counts.  Ground-truthing showed that most apparently occupied nests contained an egg, and so nests occupied by birds with no egg are a smaller error source when interpreting aerial photographs than for other albatrosses.  Boat-based LMSA counts proved inaccurate due to vessel movement.  Considering that the terrain favoured by LMSA is very difficult to access, population size estimates based on aerial photography with ground calibration for apparent breeders appear the most effective of the techniques trialled.  Ongoing counts at vantage-point and ground-count sites enable continued monitoring of LMSA trends at Adams Island.”

This publication forms part of a compilation of 19 papers appearing in a special issue of the journal Notornis of Birds New Zealand that covers many aspects of the avifauna of the Auckland Islands. The special issue is also being made available as a 436-page book with the title Lost Gold: Ornithology of the subantarctic Auckland Islands.  Edited by Colin Miskelly and Craig Symes, it can be ordered for purchase (click here).  An interview with the two editors gives information about their work with the book. Click here to access abstracts for all 19 papers.