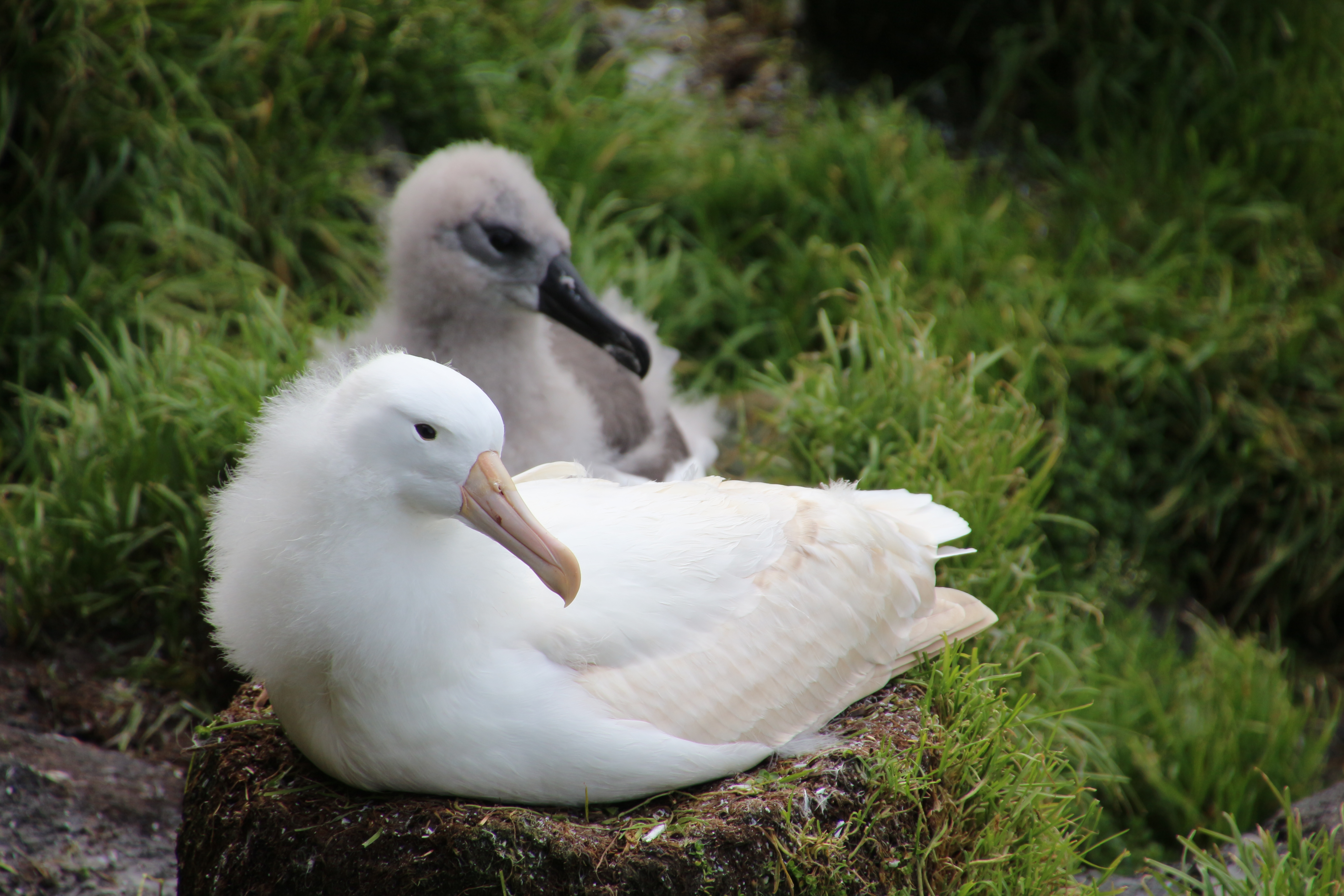 Leucistic Grey-headed Albatross chick - with a normally-plumaged chick behind, photograph by Chris Jones 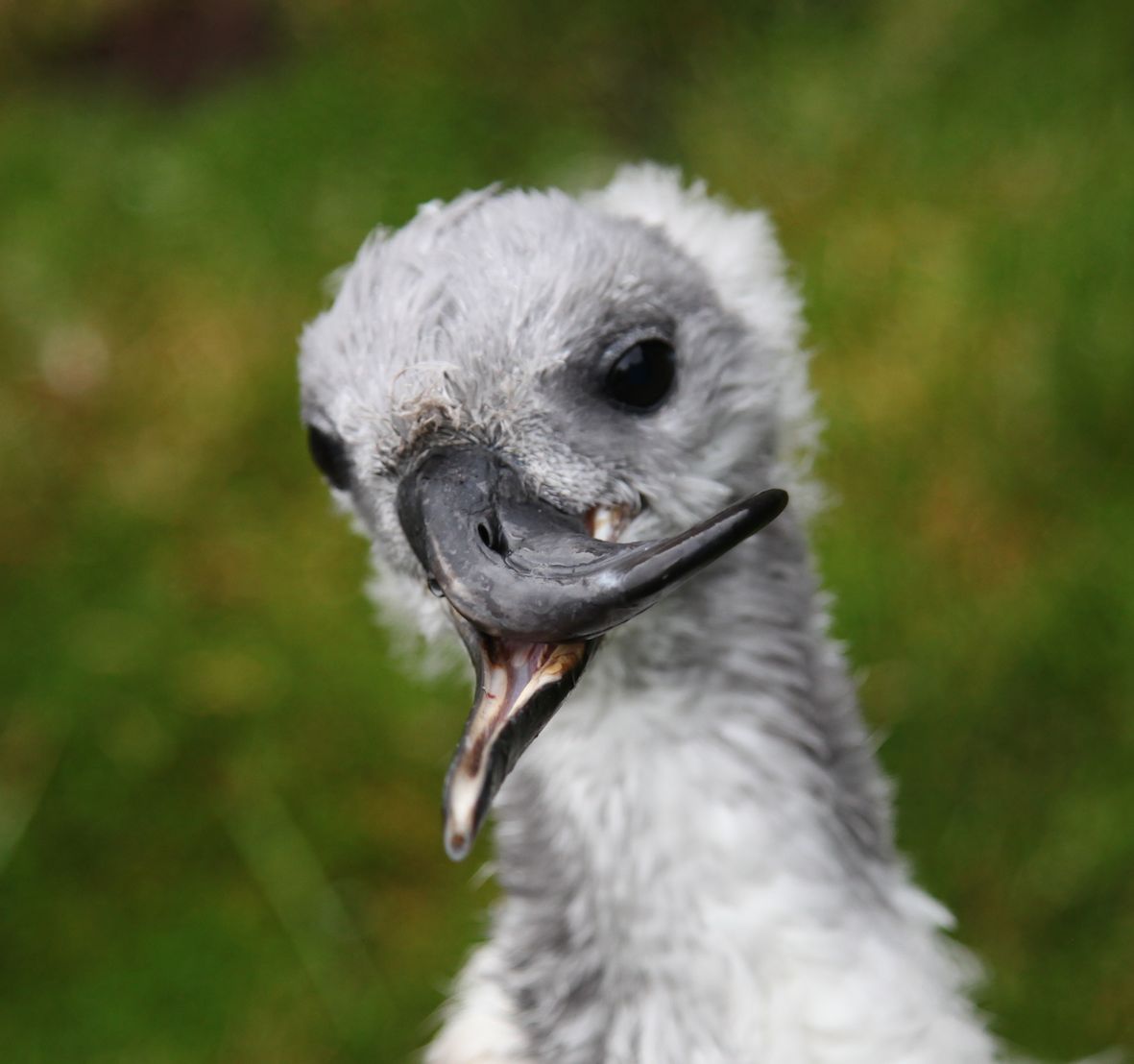 With thanks to Michelle Risi for information.