“Competition for nest sites is relatively common amongst burrow-nesting Procellariiformes, especially on some sub-Antarctic islands where there is limited availability of good burrow-nesting habitat. Where space is limited, petrels may even successfully share a common burrow entrance or nest chamber and burrow densities can reach >7000 burrows/ha. Interspecies burrow competition and chick evictions generally occur as a result of an overlap in breeding seasons, yet there are few documented records of this behaviour and even within study colonies many evictions are unconfirmed or probably go undetected. Here we report on interactions among three burrow-nesting petrels (White-chinned Petrels Procellaria aequinoctialis, Grey Petrels P. cinerea and Great-winged Petrels Pterodroma macroptera) at Marion Island which we observed through regular nest checks with a burrowscope and using infra-red video cameras inside burrow chambers. Despite relatively low petrel densities, White-chinned Petrels were responsible for 17% (8/46) of the Great-winged Petrel chick mortalities over the five breeding seasons (3% of the breeding attempts), but two were also recorded feeding Great-winged Petrel chicks. A pair of White-chinned Petrels evicted a Grey Petrel chick, but then had their own chick killed by Grey Petrels the following season, who went on to breed successfully in the same burrow. Feral Cats Felis catus were eradicated in 1991 and the greatly reduced petrel populations are slowly recovering, which could exacerbate competition for burrows on Marion.” 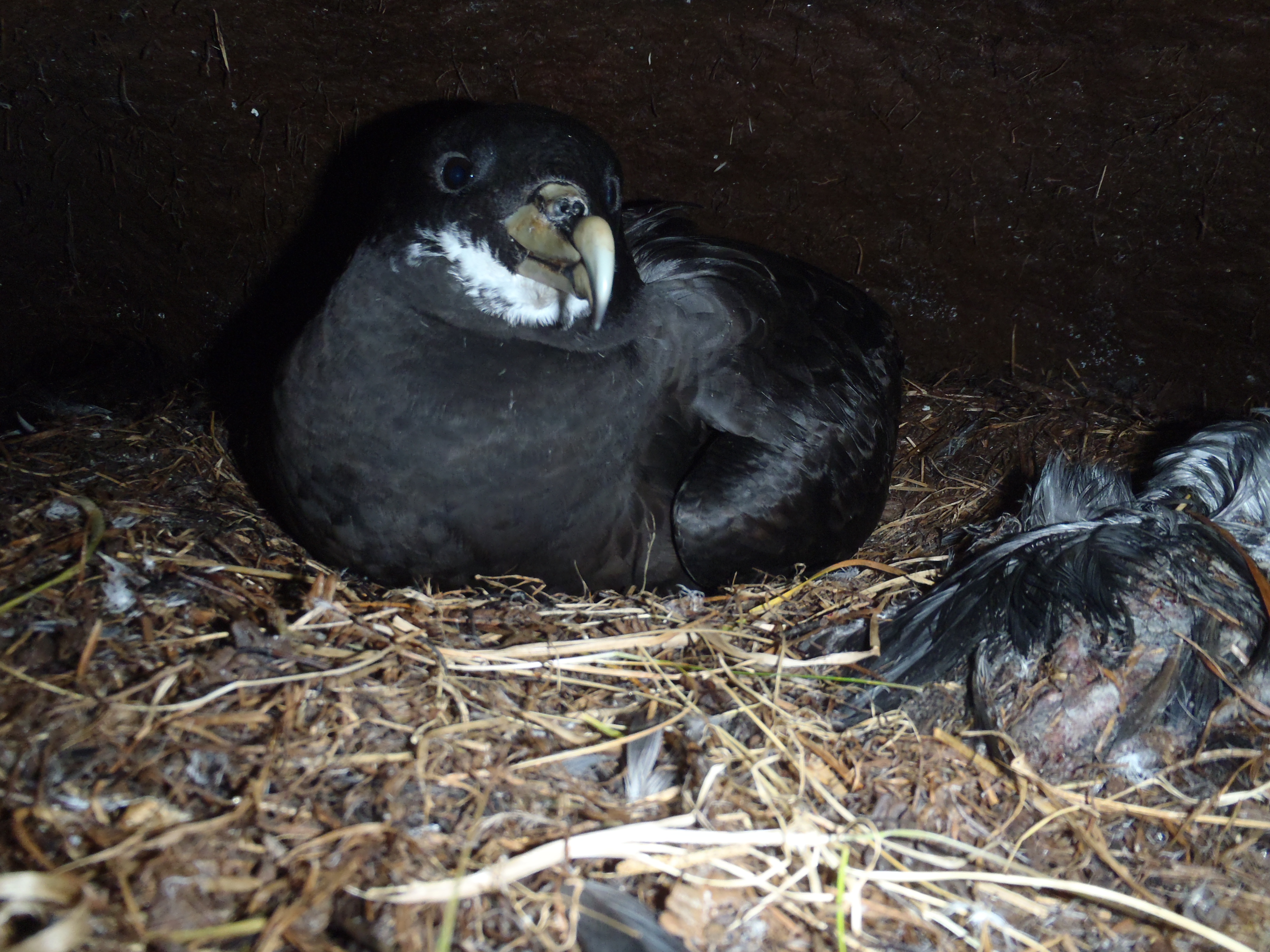 White-chinned Petrel with a 97-day old Great-winged Petrel chick it had killed, photograph by Ben Dilley