University interns help the ACAP Secretariat with translations for another year

ACAP’s three official working languages are English, French and Spanish.  Since 2013 the ACAP Secretariat has offered an internship programme for translation students studying at Australian universities in February of each year. The students have the opportunity to gain practical experience to improve their translation skills, as well as to acquire a better understanding of the contexts in which they are likely to use these skills during their professional careers.  At the same time, it is a great opportunity for ACAP to contribute to the education of translators, and in the process prepare them for the future.

As in previous years, the 2019 cohort of language interns came from the School of Languages, Literatures, Cultures and Linguistics, Monash University, Melbourne (Olivier Lallemand  and Eduardo Veliz Ojeda) and the School of Humanities and Languages, University of New South Wales, Sydney (Laurence Laveau and Kalen McCahon). They spent a working week with the Secretariat in its Hobart office in Tasmania between 11 and 15 February.  Translations were made from the Spanish into English of reports received from South American holders of ACAP secondments, as well as selected English texts into French and Spanish. 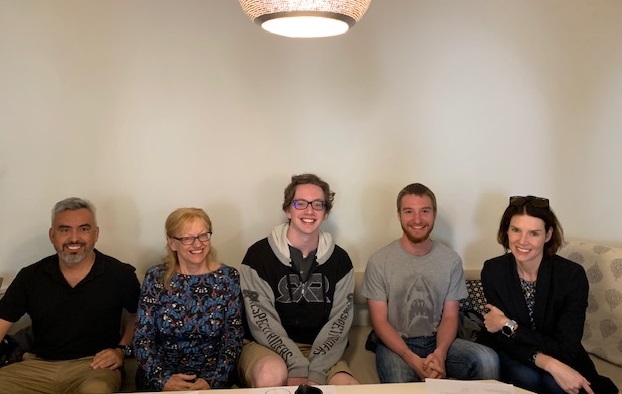 See ALN reports on the 2013, 2016, 2017 and 2018 cohorts of translation students from Monash and New South Wales Universities who have worked in the ACAP Secretariat.