Since opening its doors to patients in December 2014 the South Island Wildlife Hospital based in Christchurch, New Zealand has treated, rehabilitated and released many wild and native birds.

On 2 March this year the New Zealand's Department of Conservation delivered a globally Endangered and Nationally Critical Antipodean Albatross Diomedea antipodensis to the hospital.  Based on photographs it was considered to be a juvenile, possibly of the subspecies gibsoni according to a comment on the hospital’s Facebook page.  The bird was found on the beach at the Rakai River mouth south of Christchurch and was “very dehydrated, very hungry and near death”. Lots of fluids and lots of “sardine smoothies” later it was said to be looking better the next day.  The bird was X-rayed but no fish hooks had been swallowed.  Unfortunately, it died during the night of 4 March while still under care.  The bird had been present on the beach for at least four days before being collected, which would have exacerbated its dehydrated state.  Its corpse is to be sent for autopsy. 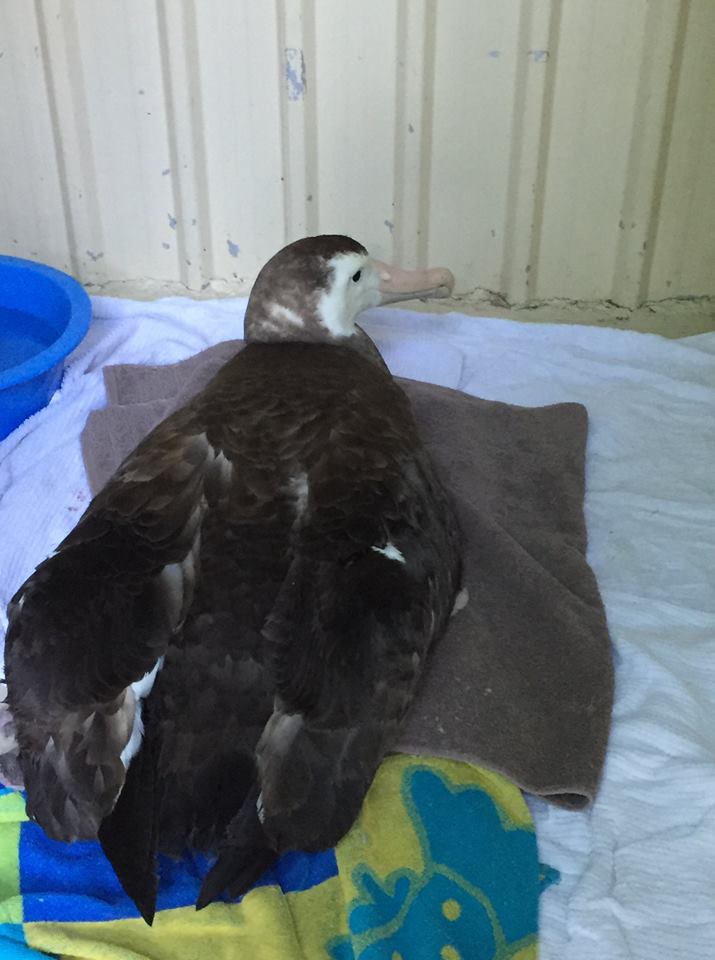 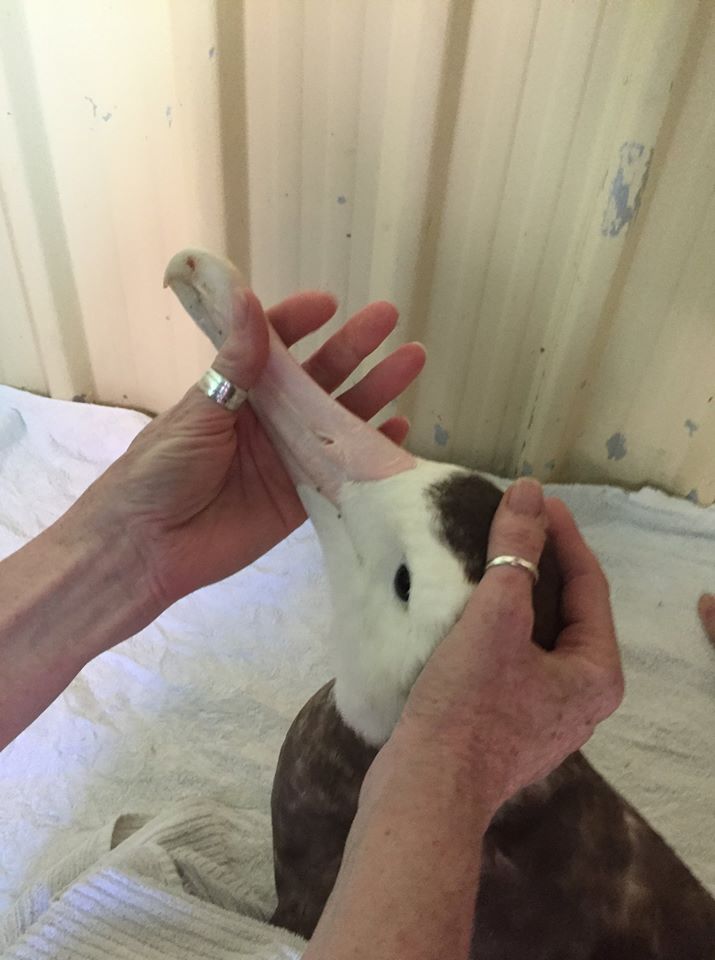 The Antipodean Albatross under care, photographs by the South Island Wildlife Hospital

Great albatrosses of the genus Diomedea are relatively rarely treated by wildlife hospitals or their equivalents, especially when compared to more inshore-foraging seabirds, such as cormorants or some penguin species.  A banded juvenile Wandering Albatross D. exulans (globally Vulnerable) from South Africa’s Marion Island turned up soon after it had fledged near Perth, Western Australia in 2006.  It was successfully rehabilitated and released at sea (click here).

With thanks to Karen Talbot, South Island Wildlife Hospital for providing updates on the albatross.