The Way You Fly, an albatross poem by Melanie Wells

Continuing the series of occasional ALN postings on the roles of art and literature in the conservation of albatrosses and petrels, here is a poem by Australian albatross researcher, Melanie Wells, entitled The Way You Fly.

The Way You Fly

It’s in the way you fly
A transcendingly harmonious dance
A beacon of stillness among an ocean of chaos
You radiate grace and tranquillity from within and rise above the pandemonium of the outside world
You utilise the power of this wild energy, you harness the spirit of this unruly world and fly free and unfaltering
The power of this sea is your life force
Gliding boundlessly, remaining a fraction above the surface as to allow the ferocious spirit to enter you, but never overcome you
You remain within, poised and strong
Serene and still, a paradox of the outside world
Travelling where your urges may take you, the essence of your spirit infused with that of the wild sea.

Melanie worked as a volunteer research assistant for the Tasmanian Department for Primary Industries, Parks, Water and Environment monitoring programme on the conservation and status of Macquarie Island’s albatrosses and giant petrels for a year over 2017/18.  She went back to‘Macca’ for the 2018/19 summer.  She writes:

“Macquarie Island is home to four species of albatross: wandering, grey-headed, black-browed and light-mantled breed here. The poem above was inspired by the flight of an albatross. These birds utilise the energy of the wild southern ocean and soar in the most controlled and graceful manner at an incredibly low energetic cost to themselves.

Being very long-lived and having low fecundity rates, these birds will spend years and years at sea and on the wing before ever returning to land. They may circumnavigate the globe multiple times and are able to partially shut down parts of their brain while on the wing in order to rest. They are perfectly adapted for life within the mighty Southern Ocean.

I spent a year here on Macca during 2017-18. Upon my return I was understandably overwhelmed by the society that I had so blissfully been removed from. Returning to a seemingly fast-paced, over-developed, disposable society, I found inspiration and internal refuge watching black-browed and shy albatross glide offshore from my home in south-west Victoria. I endeavour to harness the spirit of Southern Ocean albatross in order to help navigate my way through life in 'the real world'.” 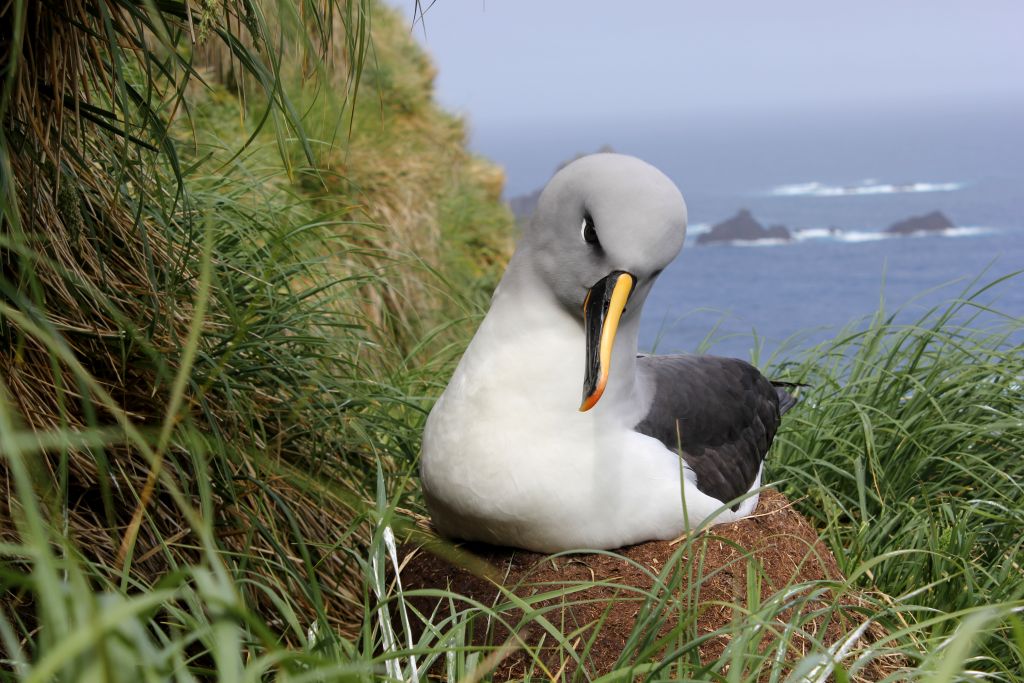 With thanks to Melanie Wells – read more of her poetry here.