Poems and paintings in the service of albatross conservation: a collaboration between Hannah Fries and Sara Parrilli

From time to time, ACAP Latest News has featured the role of albatrosses and petrels in literature and in the visual and aural arts.  Visual art works covered have included public statues around the world, as well as oil and water-colour paintings (often appearing on postage stamps).  Musical arts have been covered with Fleetwood Mac’s haunting guitar instrumental Albatross.  Albatrosses, more than petrels, have appeared in some well-known poems by such as Samuel Taylor Coleridge, Pablo Neruda and Charles Baudelaire.  Albatross poems featured in ALN have appeared in several languages: English, French and Spanish – coincidentally ACAP’s three official languages – as well as in Hawaiian.

ALN’s thinking is that artistic endeavours of these types can often strike a chord with the general public for a conservation cause more easily than can dry scientific writing - appealing to the heart as well as to the head.

Pleasing then to be able to get in touch with two USA-based artists, poet Hannah Fries and painter Sara Parrilli, who have collaborated on a suite of illustrated poems that address the plight of albatrosses in the North Pacific.  They write on-line:

“This collaboration began with a film clip: a trailer for the forthcoming film Albatross (now available to the public in its finished form), written and directed by artist Chris Jordan.  It is one of those works of art that combines so much grief with so much beauty that looking away from it feels impossible.  In this case, the story is about a remote island in the Pacific, the beautiful Laysan albatross, and the horrifying effects of the plastic that makes its way to the ocean and, carried by currents, gathers in a mind-bogglingly vast garbage patch.”

Here is just one of the collaborations from their Albatross project:

Albatross at the Great Pacific Garbage Patch - by Hannah Fries 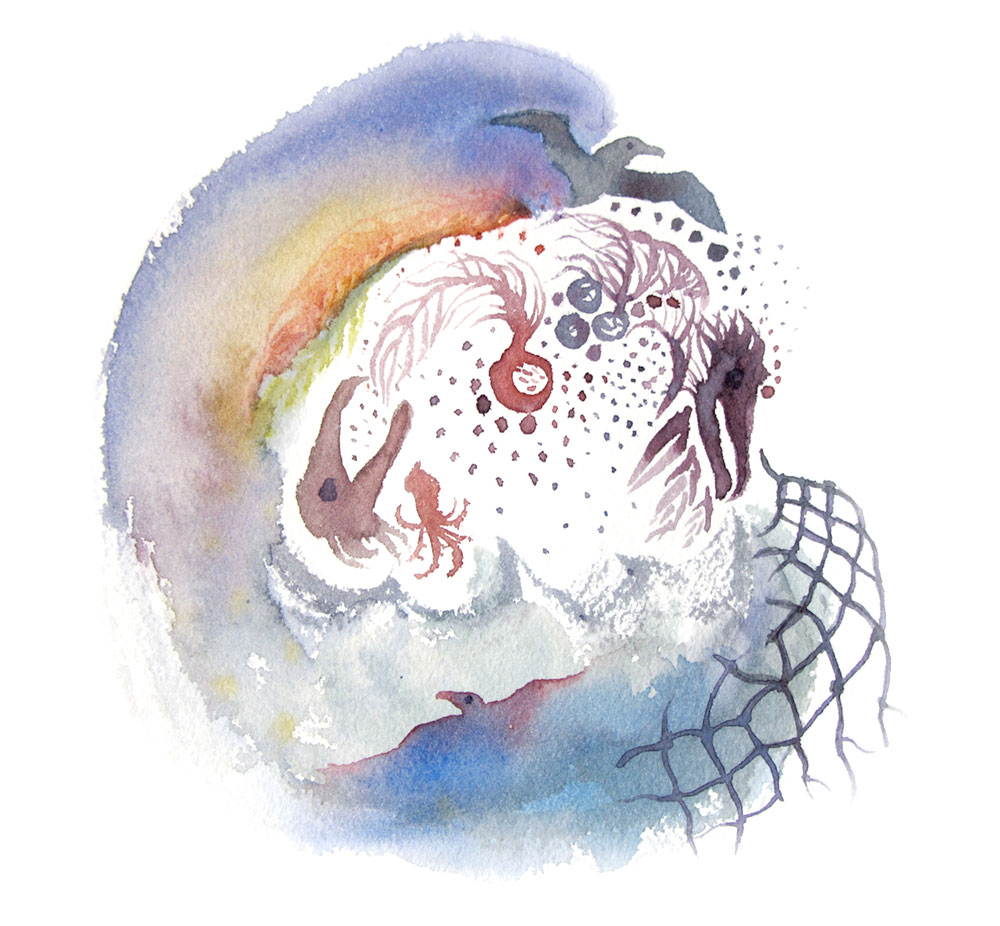 Albatross at the Great Pacific Garbage Patch by Sara Parrilli

With thanks to Hannah Fries and Sara Parrilli.