No stoats found, search "winding down" but "regular monitoring of traps, tracking tunnels [and] cameras will be necessary".  Read more here.

The presence of alien Stoats Mustela ermine has been reported earlier this month on Great Barrier Island/Aotea off Auckland at the edge of the Hauraki Gulf, New Zealand.  The island, hitherto Stoat free (although there are both feral and domestic cats Felis catus, as well as feral pigs Sus scrofa and two rat species present) is one of only two that support breeding populations of the ACAP-listed Black Petrel Procellaria  parkinsoni (categorized both globally and nationally Vulnerable). The other is the nearby and predator-free Little Barrier Island/Hauturu, which supports smaller numbers of breeding Black Petrels. 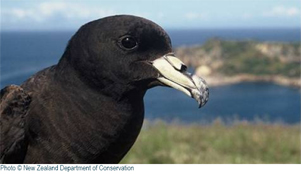 “Conservationists believe at least two of the highly-destructive pests may have found their way to the previously stoat-free island.  Two specialist stoat-sniffing dogs are forming part of a large-scale operation by the Auckland Council and the Department of Conservation (DOC) to find the creatures.  If confirmed, the stoats were likely stowaways on a boat. Because of where the island is in distance from the mainland, really the only way that a stoat will get there is, in a way, human assisted.  A member of the public said they saw the stoats at Medlands Beach [some 12 km from the breeding Black Petrels around the summit of Mount Hobson] on 3 January and reported them the following day.

DOC and the Auckland Council have set up a network of trail cameras, tracking tunnels and traps which, along with the dogs, will try to confirm and eradicate any stoats.” 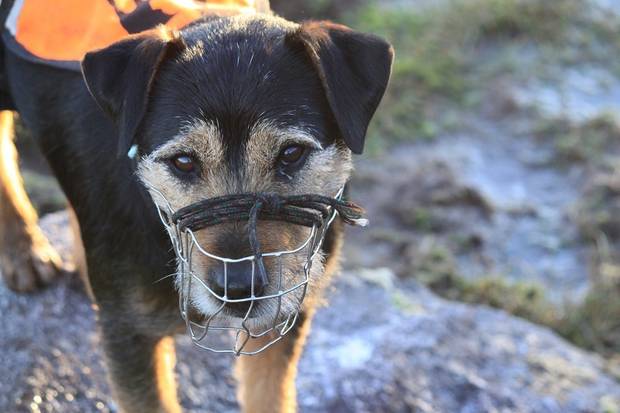 Woody, the Department of Conservation's Stoat-hunting dog, who has been deployed to Great Barrier Island, photograph by the Auckland Council