A Memorandum of Understanding (MoU) has been signed between the ACAP Secretariat and the South East Atlantic Fisheries Organisation (SEAFO), coming into effect on 11 December 2018.

The primary objective of SEAFO is to ensure the long-term conservation and sustainable use of all living marine resources in the South East Atlantic Ocean, and to safeguard the environment and marine ecosystems in which the resources occur.  The fisheries organisation currently has seven Contracting Parties, including ACAP Parties Norway and South Africa, as well as the European Union. SEAFO, which entered into force in 2003, has its Secretariat in Swakopmund, Namibia. 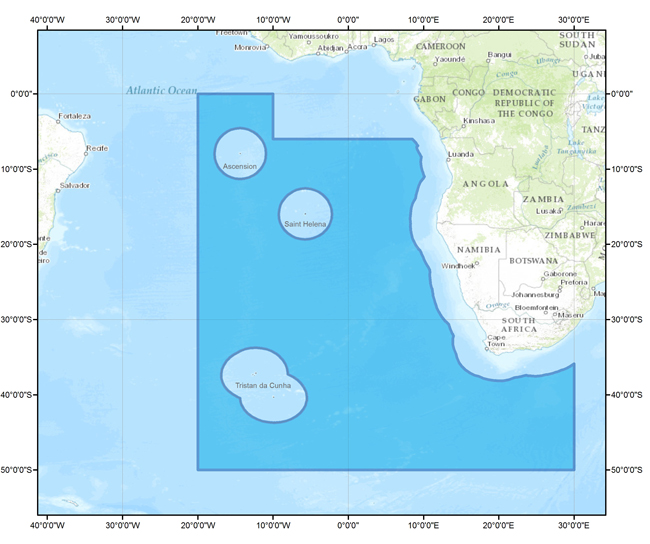 The region covered by SEAFO

The objective of the MoU is to facilitate cooperation between SEAFO and ACAP to minimise the incidental by-catch of albatrosses and petrels listed in Annex 1 of ACAP within the SEAFO Convention Area. Areas of cooperation listed in the MoU are:

development of systems for collecting and analysing data, and exchanging information concerning the bycatch of albatrosses and petrels in SEAFO Convention Area;

exchange of information regarding management approaches relevant to the conservation of albatrosses and petrels;

implementation of education and awareness programmes for fishers who operate in areas where albatrosses and petrels may be encountered;

development of training programmes on conservation techniques and measures to mitigate threats affecting albatrosses and petrels; and

exchange of expertise, techniques and knowledge relevant to the conservation of albatrosses and petrels in SEAFO Convention Area and

reciprocal participation with observer status at the relevant meetings of ACAP and SEAFO.

The new MoU, which is set to be in place for six years, joins 11 other MoUs ACAP has signed with Regional Fisheries Management Organisations (RFMOs) and other international bodies, most recently with the Southern Indian Ocean Fisheries Agreement (SIOFA).

The MoU was signed by Christine Bogle, ACAP’s newly appointed Executive Secretary, and Mr Venâncio Gomes, the Chair of the SEAFO Commission.