An albatross is seen at sea trailing a balloon string

While nearly 100 km out to sea on a voyage aboard the Australian Commonwealth Scientific and Industrial Research Organisation (CSIRO) RV Investigator on a trip to explore underwater mountains off Tasmania's coast, scientists observed an albatross that had apparently swallowed a balloon.

Marine biologist Alice Forrest aboard said "we thought it had a squid in its mouth and upon closer observation we realised that what we thought was a squid with tentacles was a rubber balloon with a string trailing from its mouth”.  On the same day the scientists aboard saw a group of albatrosses investigating a floating plastic drinks bottle: “one of the birds was picking the plastic bottle up and throwing it around". 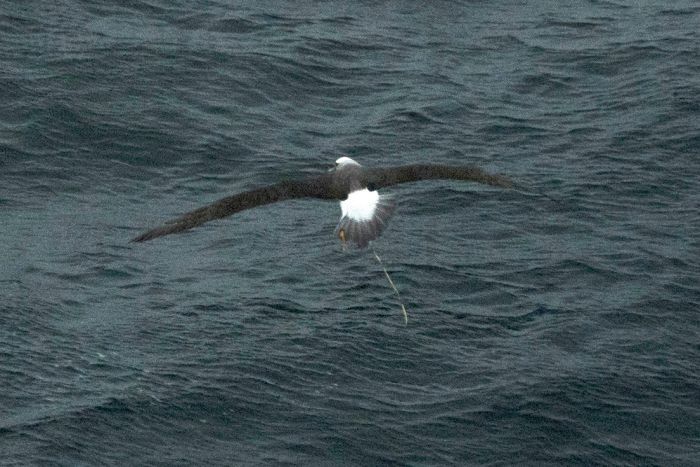 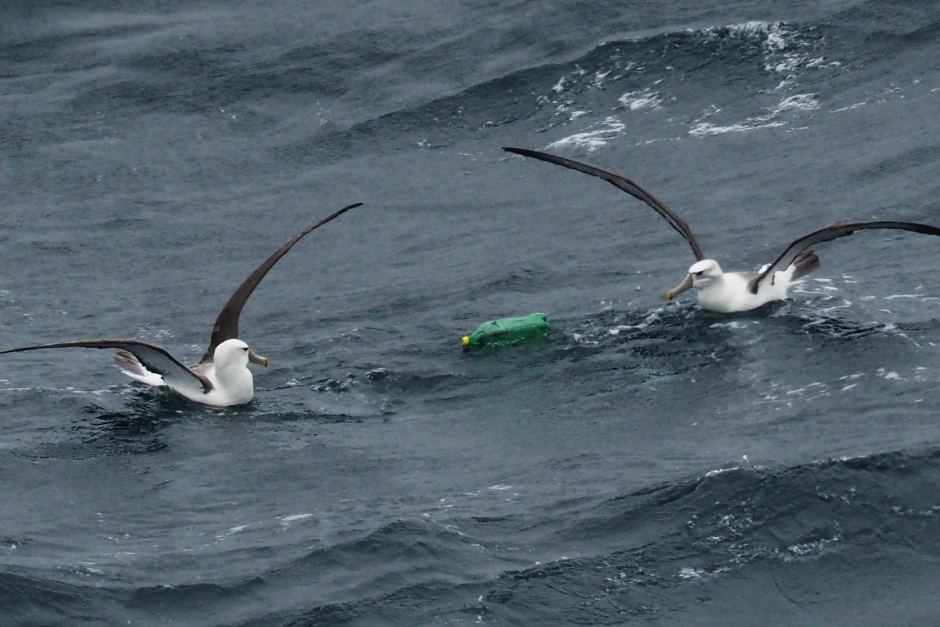 Photographs from the Commonwealth Scientific and Industrial Research Organisation

Further, 17 of the 31 ACAP-listed species have been reported in a scientific study as becoming entangled in plastic litter, including 12 albatross species, both giant petrels Macronectes and two Procellaria petrels (click here).

Click here for an account of balloons being seen previously from the RV Investigator 250 km out to sea.