The globally Vulnerable Yelkouan Shearwater Puffinus yelkouan is a Mediterranean breeding endemic, known to migrate into the Black Sea.  The species’ breeding sites are considered to be only partly known with most of the known breeding population falling within France, Italy and Malta in the central Mediterranean.

The Mediterranean Science Commission (CIESM) has launched an initiative requesting (to This email address is being protected from spambots. You need JavaScript enabled to view it.) documented evidence (such as overlooked scientific publications in any language as well as Ph.D. theses) of Yelkouan Shearwater breeding sites in any of the regions signalled by a question mark on the interactive map, notably along the African coastline and in the Black Sea. 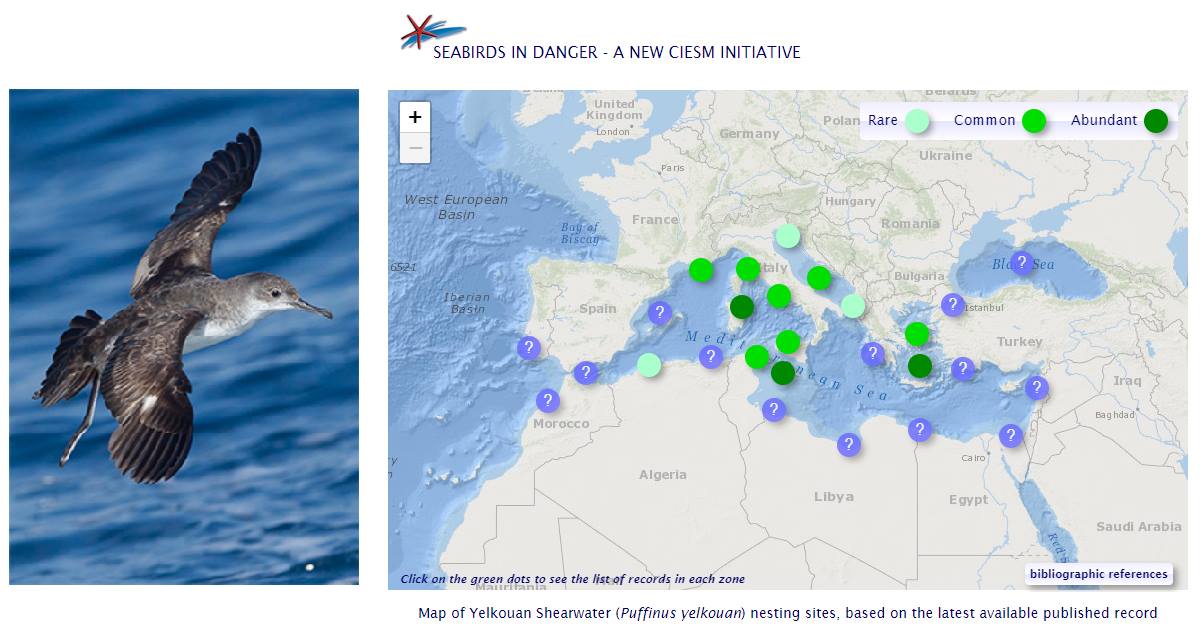 A free admission is offered in return for new information to the 42nd CIESM Congress to be held in October next year in Cascais, Portugal, where a session on top predators, including seabirds, will be hosted (click here for a list of the 75 session themes).  The Commission is based in Monaco and currently has 23 member states. Its President is H.S.H. Prince Albert II of Monaco.

The map includes a list of references to breeding records for the Yelkouan Shearwater.