The Southern Seabird Solutions Trust based in New Zealand is seeking bright ideas on how to keep seabirds out of deepwater trawl nets.

Warp strike mortalities, where birds are killed on the wires connecting to the trawl net, have been a widely known issue since the early 2000s but until recently, net captures had been reported far less frequently. In New Zealand, after successfully reducing warp captures, attention has now focused on an apparent increase in captures of seabirds in or on the trawl net itself.

Richard Wells of New Zealand’s Deepwater Group said the birds most affected seem to be several of the smaller albatross species and diving birds such as the globally Vulnerable (and ACAP-listed) White-chinned Petrel Procellaria aequinoctialis and globally Near Threatened Sooty Shearwater Ardenna grisea. Captures include birds that have entered the net or become entangled on top of it. Many are still alive after capture (30-60%) although their survival is not known after release.

“The vessels where this is a problem are factory processor stern trawlers, 45 – 105 metres in length. Most trawl fishing effort in New Zealand is bottom trawl and the capture rate for these vessels is double that of midwater trawl vessels. As well as strict offal control the industry has tried several methods to reduce the incidence of seabird net captures. We have recently tried some acoustic deterrent methods but these seem to only have a very short-term effect on the birds’ behaviour. Our crews remove as many ‘stickers’ - the fish that are caught in the weave of the net - as possible before the net is shot away so the birds aren’t attracted to the net. Some vessels try to close the mouth of the net by turning the vessel while they are hauling. This may help, but we know it is not the complete answer.” 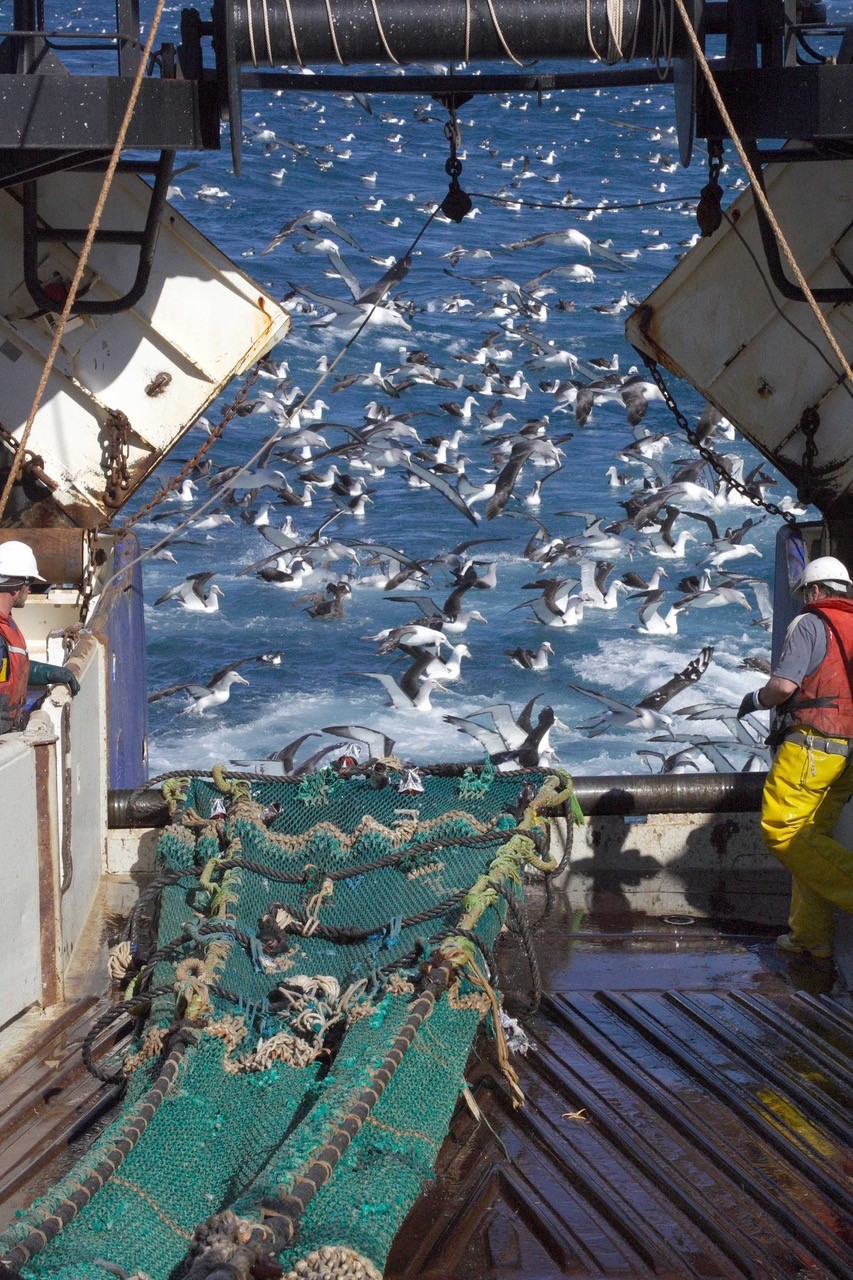 Albatrosses gather behind a stern trawler hauling its net 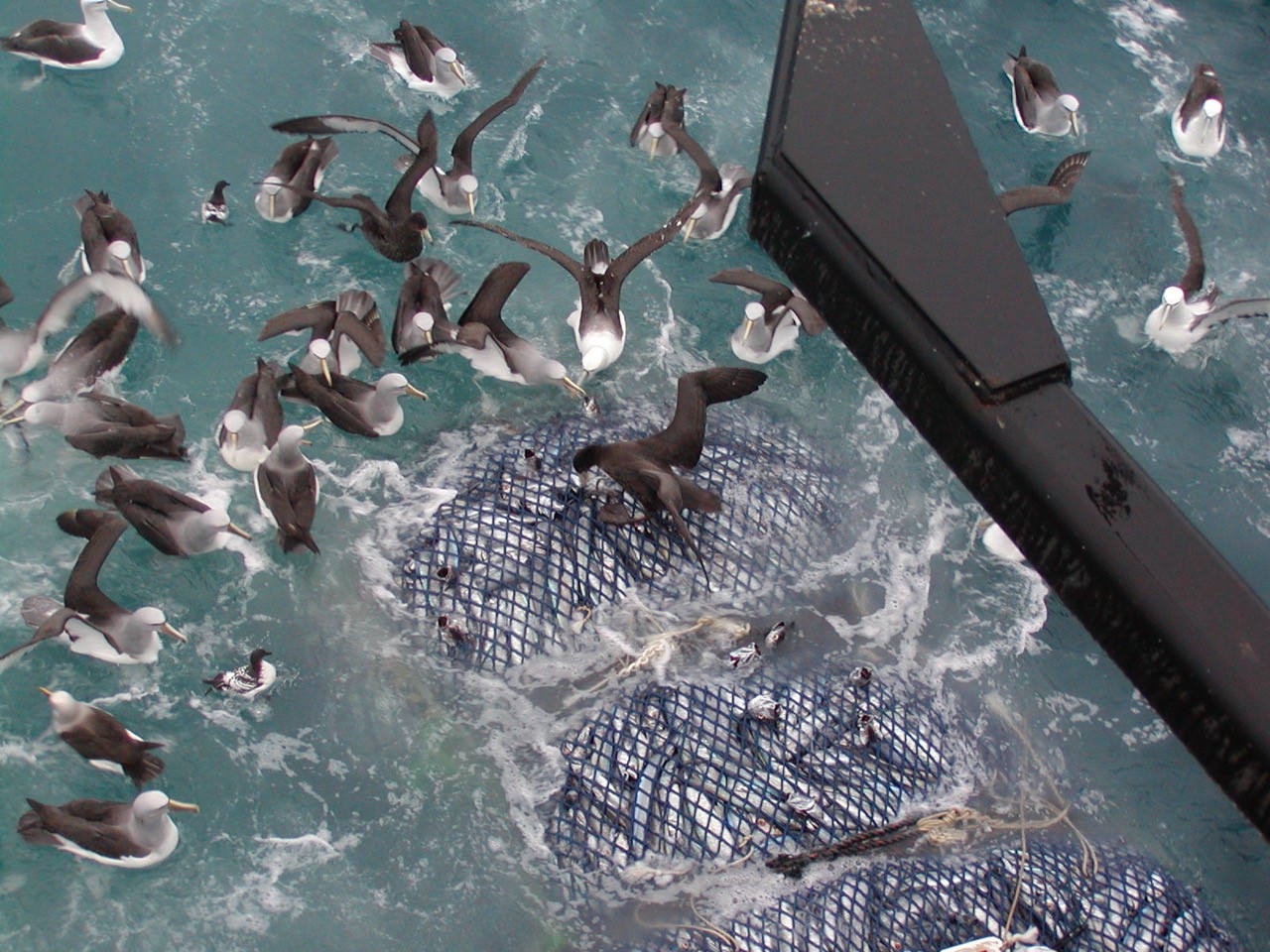 View a short video and send your ideas to This email address is being protected from spambots. You need JavaScript enabled to view it..

This project is sponsored by the New Zealand Department of Conservation, Sealord Group and Deepwater Group.