Speaking at Forest and Bird’s 2018 Conference this last weekend, the Green Party Conservation Minister for New Zealand, Eugenie Sage MP, has committed NZ$2 million over the next three years to complete planning, including field trials, towards making sub-Antarctic Auckland Island free of introduced feral pigs and cats and House Mice.  The feasibility funding comes from a four-year budget appropriation of NZ$81.3 million aimed towards achieving a predator-free New Zealand by 2050. 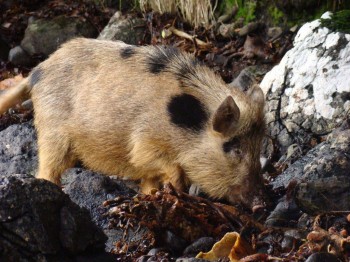 In her speech the Minister said:

“This is an ambitious project on the 46,000 ha Auckland Island and a major step towards the goal of New Zealand being predator free by 2050.  The funding will allow greater understanding of the scale and complexity of the problem and help guide decisions about eradicating pigs, cats and mice from Auckland Island.

“Any decision to proceed will require a long-term commitment of resources and effort. Early estimates suggest the potential cost of eradication may be in the order of [NZ]$40 million to [NZ]$50 million over eight to 10 years.  Introduced pigs and cats have devastated Auckland Island’s native wildlife and plants. Mice are also a problem by competing for food with native birds, and attacking seabird chicks.

“Eradicating these pests from New Zealand’s fifth-largest island would see Auckland Island become the country’s largest pest-free island. It would complete the removal of introduced predators from all of New Zealand’s sub-Antarctic islands, cementing our reputation as a world leader in predator control.

“The vision for a pest-free New Zealand sub-Antarctic islands builds on previous eradication success in the region: Auckland Island (goats by 1992), Enderby Island (rabbits and mice 1993), Rose Island (rabbits in 1993), Campbell Island (rats in 2001) and more recently Antipodes Island (mice in 2016). No mammalian pests occur on the sub-Antarctic Snares and Bounty Islands.”

In addition Australia has eradicated all the introduced mammalian pests on Macquarie Island that falls within the region (click here for the story of the Macquarie Island Pest Eradication Project).

The new funding follows on from the Department of Conservation advertising for a Pest Eradication Project Leader for Auckland Island last year.  Auckland Island falls within the Auckland Islands National Nature Reserve and is part of New Zealand's Sub-Antarctic Islands World Heritage Site inscribed in 1998. 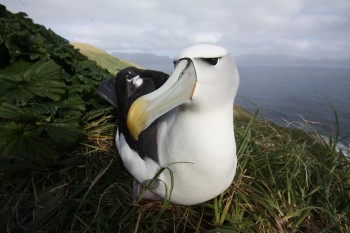