Last week staff of CONAF (Corporación Nacional Forestal) and the NGO Oikonos Ecosystem Knowledge discovered the mutilated corpses of an estimated 300 globally Vulnerable Pink-footed Shearwaters Ardenna creatopus within the National Reserve on Chile’s Isla Mocha.  The remains (mainly wings, heads and legs) were of feathered chicks that had been removed from their burrows.  However, a fire lit against the base of a tree would  also have attracted birds at night as fledging occurs in April and May. 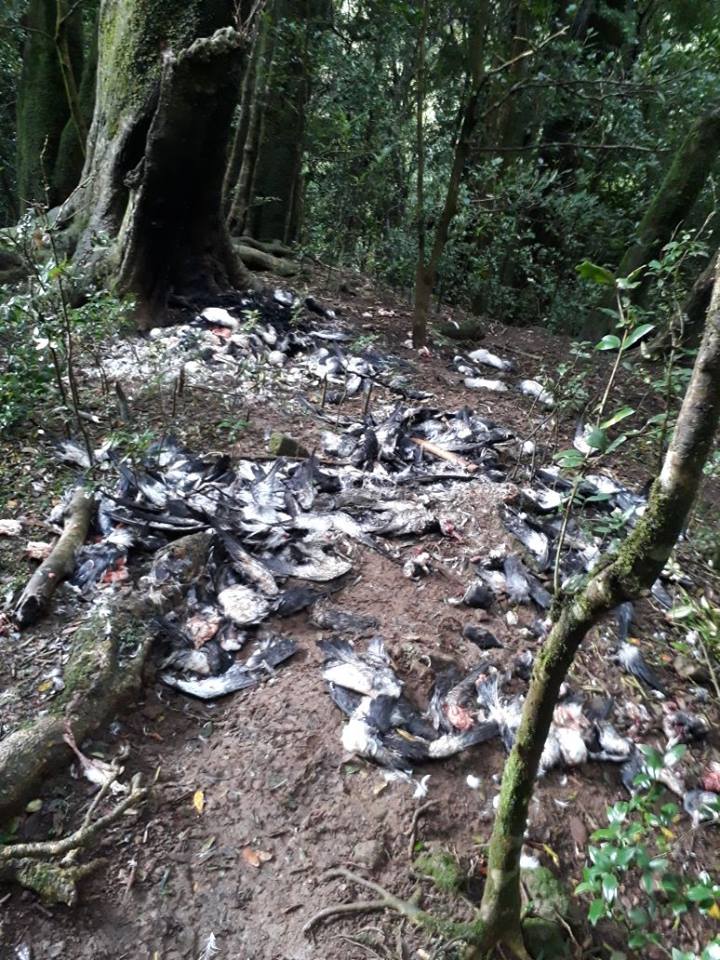 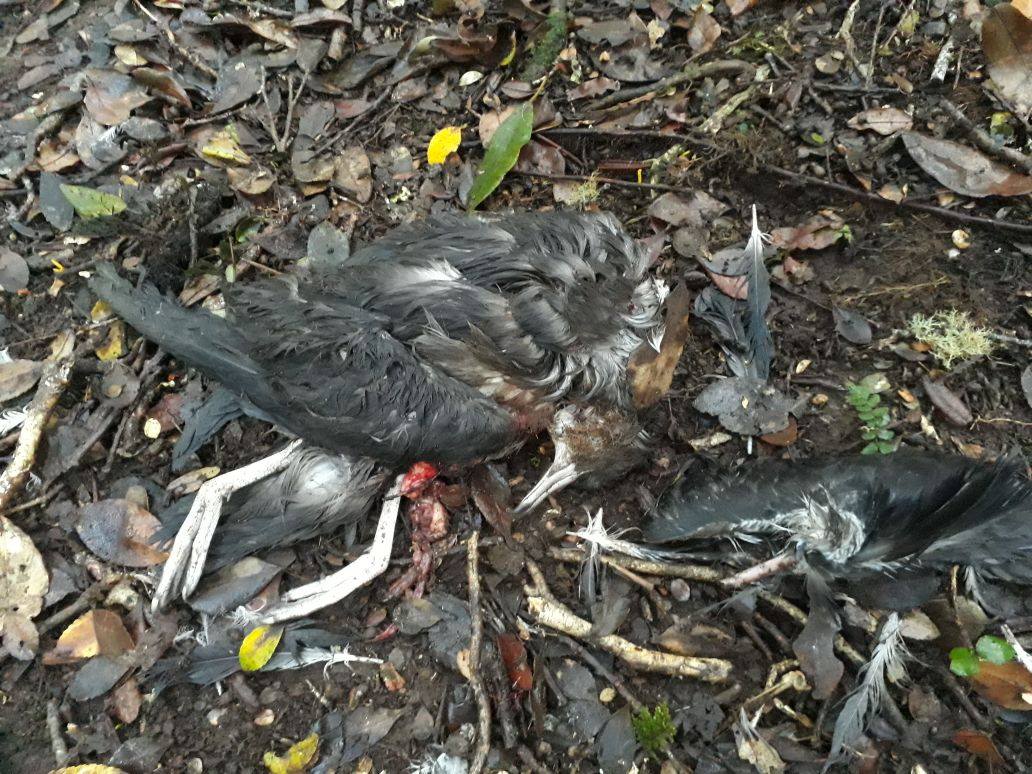 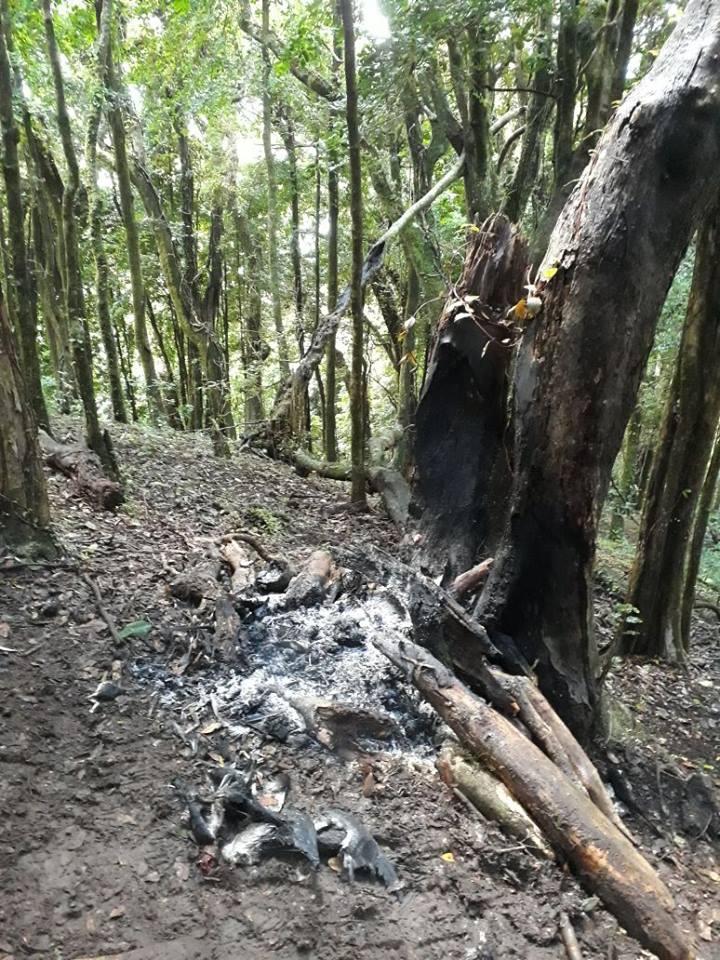 Remains of Pink-footed Shearwaters - and a fire - on Isla Mocha, photographs courtesy of CONAF and Oikonos

“We deeply regret this illegal practice which puts the natural heritage of Chile at risk and [also] the balance of the ecosystem of Isla Mocha.  Oikonos with CONAF make a complaint against those who are responsible for these illegal events that occurred in the early hours of this Thursday [17 May] on Isla Mocha” [in translation].

The Pink-footed Shearwater is an ACAP-listed species (the 31st and most recent to be included within the Agreement) and is a Chilean breeding endemic.  More patrols to deter the illegal take on Isla Mocha have been planned and “legal actions” against those who are responsible are intended. A person has been apprehended and faces charges.

It seems that the poaching of shearwater chicks happens most years within the reserve despite annual patrols in the fledging season, but this year the night-time fire attracted the attention of the police and and a reserve ranger.

With thanks to Verónica López, Oikonos.