Here I review the current knowledge of the breeding status of the Southern Giant Petrel Macronectes giganteus in Chile and provide new data on the population at Isla Noir in the Región de Magallanes. Breeding numbers on Isla Noir are approximately six times greater than previously reported for the entire country, including all offshore islands except for the Diego Ramirez Archipelago, for which information is sparse. Here, I also describe the nests and eggs of this species found in Isla Noir, as well as feeding behavior, including consumption of carrion but also active hunting in penguin colonies. Only the Southern Giant Petrel, and not the Northern Giant Petrel M. halli, has been seen within Chilean fiords and nearshore waters. 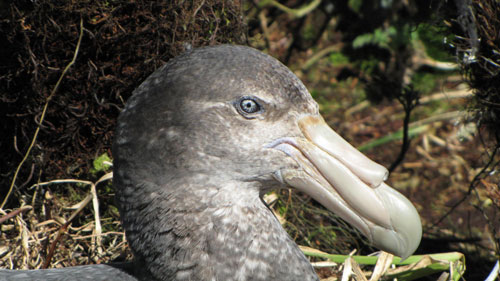