Human interference? A Southern Royal Albatross is photographed at sea with an object wrapped around its bill

Out on the water daily, skippers and crew of the tourist vessel MV Monarch endeavour to photograph and document any unusual sightings off New Zealand’s Otago coastline. Apart from the local Northern Royal Albatross Diomedea sanfordi that breed nearby at Taiaroa Head/Pukekura, other albatross species foraging offshore are regularly seen.

On 4 January this year just outside the Otago Harbour the cruise came upon a globally Vulnerable Southern Royal Albatross D. epomophora with a peculiar feature on its bill. From close inspection of two high-quality photographs taken by wildlife guide Aaron Heimann that show both profiles of the bird it appears that a lilac-coloured plastic ring had become wrapped around the upper mandible. Given that the presumed artefact is positioned so far back on the bill it seems likely it was placed there deliberately. In one photo it looks like the object has caused a wound. 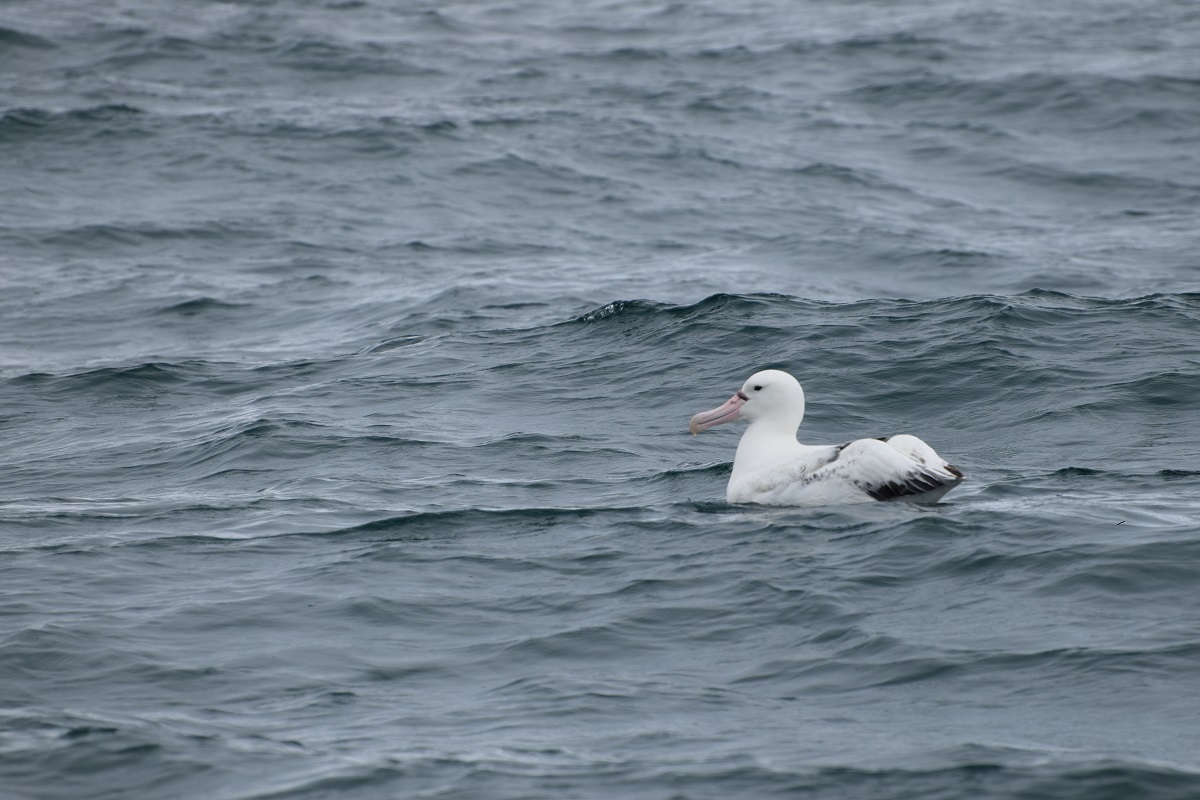 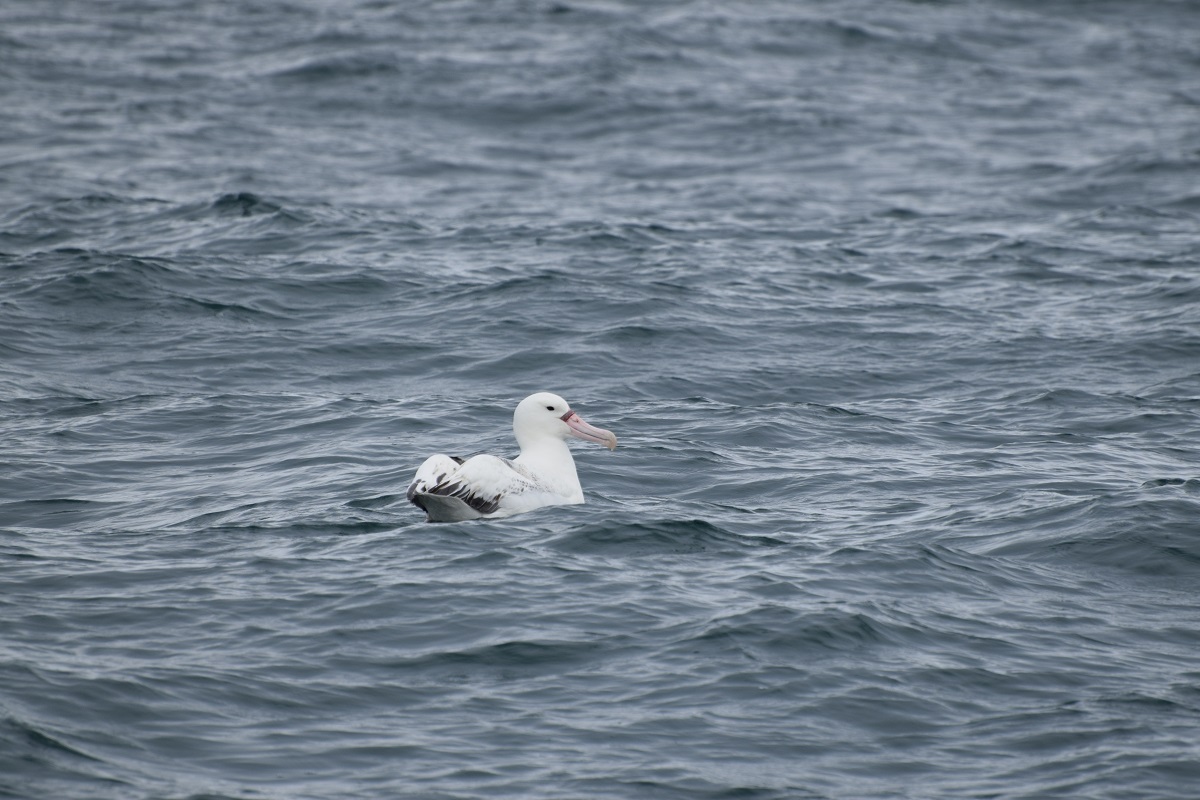 In flight the Southern Royal Albatross was seen to have ample white feathers on the backs of its wings, so it is presumed it to be an older bird. Its behaviour was much the same as other Southern Royal Albatrosses encountered on the sea surface and in flight. The bird was not observed opening its bill, but it appeared to be healthy and so it was inferred it was still able to forage successfully.

Igor Debski (Science Advisor, Marine Species and Threats, New Zealand Department of Conservation) offers the different suggestion that an artefact had been partly swallowed by the bird leaving a loop tight around the base of the upper mandible. The bird’s apparent lack of obvious signs of stress might, however, count against this. Suggestions from readers what the strange object might be (and how it got there) will be welcomed.

Albatrosses of several species photographed at sea have been reported in ACAP Latest News with other signs of human interference including being daubed with red paint, blotched with oil, carrying fish hooks with trailing lines and with cut-off upper mandibles.

The Monarch is operated by Monarch Wildlife Cruises & Tours, which takes passengers on excursions to view wildlife at sea every day in and around the Otago Harbour, Dunedin, New Zealand. 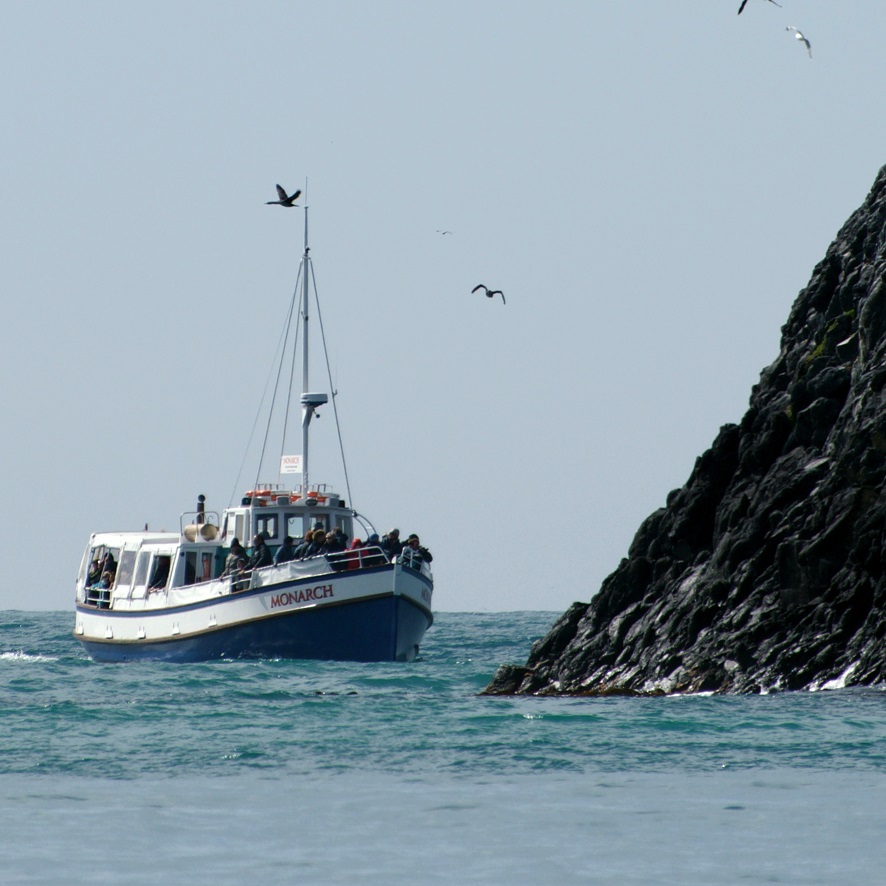 With thanks to Igor Debski and Junichi Sugishita.  Photographs by Aaron Heimann.