Offsetting wind farm deaths: Newell’s Shearwaters have commenced breeding in a protected site on the Hawaiian island of Maui

“For the first time in four years, Newell’s shearwaters have started laying eggs in an artificially created seabird colony in West Maui.  Biologists confirmed that four human-made burrow boxes - three with eggs - are being occupied by the threatened species this season”. 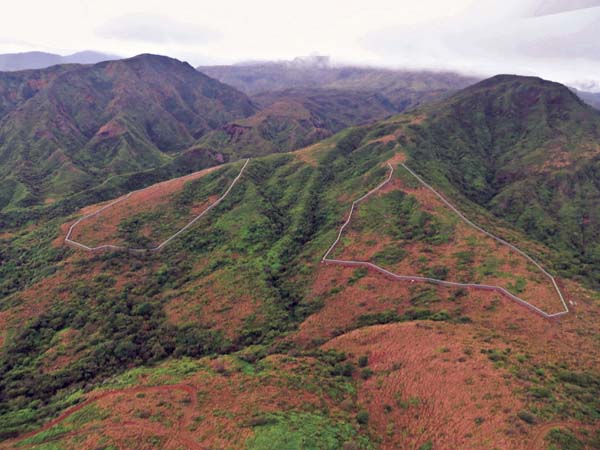 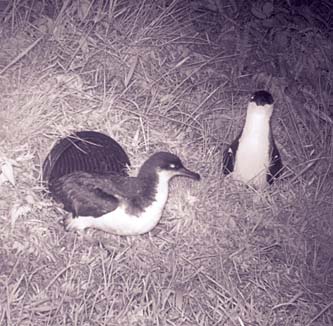 Two predator-free enclosures were constructed near the Makamakaole Stream basin in 2012 and 2013 to offset accidental deaths of native seabirds by wind turbines at TerraForm Power’s Kaheawa wind energy facilities on Maui. 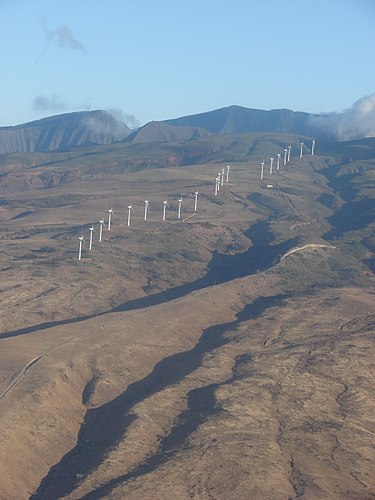 A Kaheawa wind farm on Maui

Acoustic attraction has been used to attract prospecting shearwaters:

“Every night, seabird social calls similar to those at existing colonies were broadcast through weatherproof, solar-powered sound systems. Within the enclosures, biologists have installed 100 “burrow boxes.” The corrugated plastic burrows connect to underground plywood boxes that serve as nesting chambers, mimicking the birds’ own natural habitats. A 6-foot-high [1.8 m] mesh fence protects the enclosures, and “year-round intensive predator control” keeps the area clear of predators. The goal was to attract the shearwater and the endangered [in the USA] Hawaiian petrel to an area where both species had been assumed absent for more than a decade.”

Globally Vulnerable Hawaiian Petrels Pterodroma sandwichensis have "shown interest” but as yet have not bred within the enclosures.