Two colour-banded Laysan Albatrosses Phoebastria immutabilis, female KP163 and male O289, both lost their mates when the fenced area at the Kaena Point Natural Area Reserve on the Hawaiian island of Oahu was entered at night and breeding birds killed and eggs smashed by intruders in December 2015. Following an extended period, three young individuals were arrested and following a court case, the intruder who was adult at the time received a prison sentence (click here). 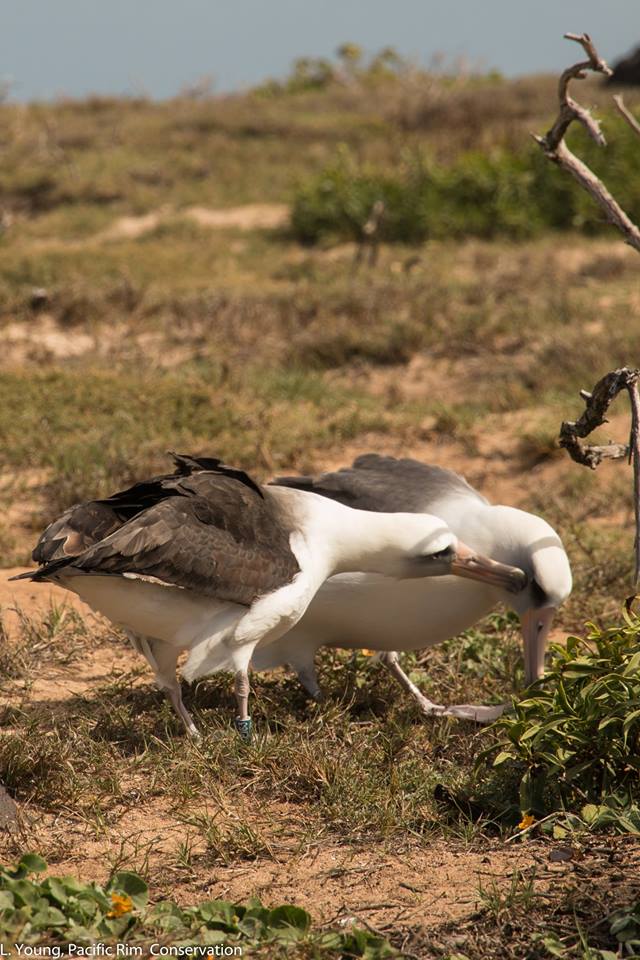 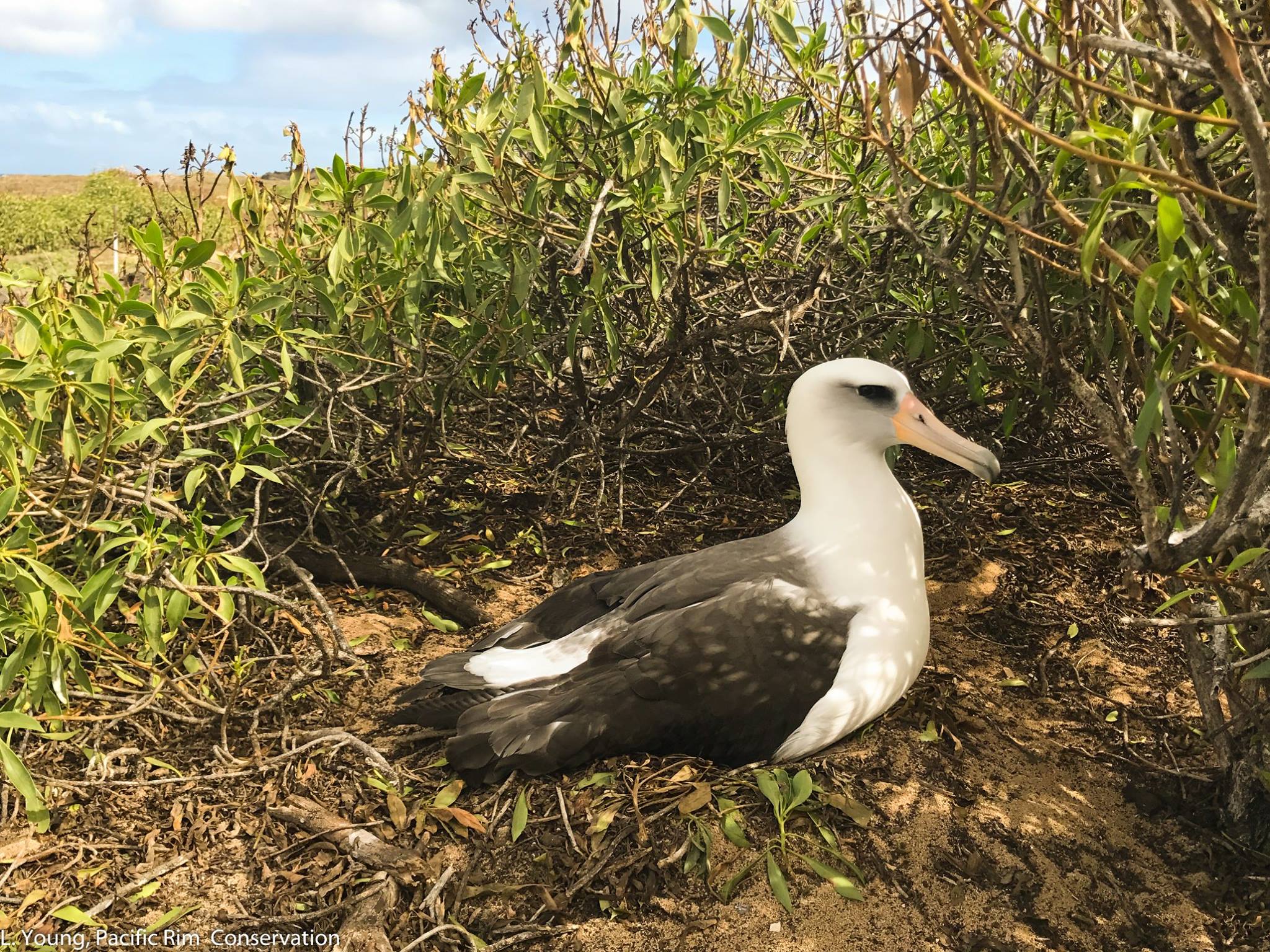 Two years later, and after missing a single breeding season the widowed birds have formed a pair and laid an egg. Lindsay Young of Pacific Rim Conservation, a non-profit organization which monitors the birds (and was instrumental in having the area fenced against predators) states that “many albatrosses will mate for life, so when one mate dies, it can take years for the widowed bird to find a new mate”. So with only one year off, the newly paired birds are contributing to the recovery of the globally Near Threatened Laysan Albatross in the reserve.

After killing incubating birds and smashing eggs a night-time intruder is caught exiting by a trail camera, photograph courtesy of Pacific Rim Conservation