With the Albatross and Petrel Agreement meeting in Wellington, New Zealand this and next week it seems appropriate for ACAP Latest News to highlight a new publication on a procellariiform seabird that can at times be viewed close from the shore in Wellington Harbour, and one that is being translocated to the nearby Matiu/Somes Island Scientific and Historic Reserve.

“The Fluttering Shearwater (Puffinus gavia) is an abundant seabird endemic to breeding colonies in northern and central New Zealand. The species remains poorly studied, and here we present the first study to examine its breeding biology in detail. Fluttering Shearwater nests were monitored from laying in September to fledging in January 2016 on Burgess Island in the outer Hauraki Gulf, northern New Zealand. Nine (22%) of forty-one natural nests were located under dense vegetation on the ground. Eggs were laid over a period of 39 days with laying peaking on 12 September. Incubation length was 50.0 ± 3.7 days and chicks fledged after an average of 74.2 ± 4.3 days, from late December to the end of January. Chick growth corresponds to the pattern observed for other Procellariiformes, gaining body mass rapidly to a maximum of 115% of adult mass, and then losing mass until fledging. Chicks were fed most nights throughout chick-rearing. Breeding success was 63.8% and similar to other Puffinus species breeding in pest-free colonies. This study provides baseline biological data for a poorly studied, yet common, New Zealand endemic seabird. The obtained new information will allow for further ecological investigations and improved conservation management.” 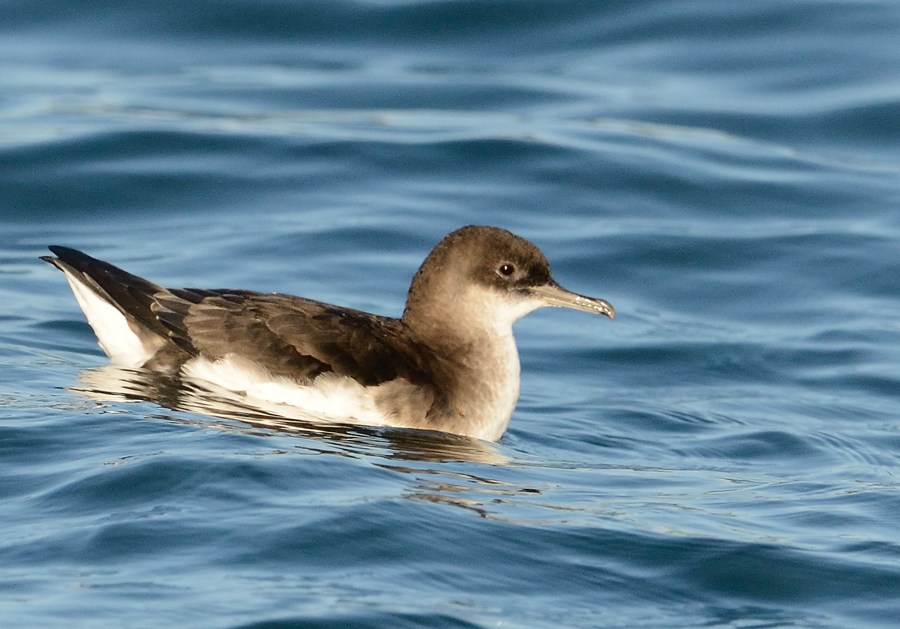