How to study Grey Petrels in the cold: the Macca experience

The ACAP-listed and globally Near Threatened Grey Petrel Procellaria cinerea is a relatively little-studied species that breeds in winter on sub-Antarctic islands. On more than one such island it has been proven to be at risk to introduced feral cats or rodents.

On Australia’s now pest-free Macquarie Island Grey Petrels have been making a comeback since the last cats were killed. Annual monitoring continues as Penny Pascoe, Macquarie Island Wildlife Ranger reports in the latest issue of Macca’s on-line newsletter, This Week at Macquarie Island:

“Grey petrels are burrow-nesting seabirds, raising their chicks in burrows underground. While first reported breeding on Macquarie Island was in 1900, cats and rabbits had a detrimental effect on their numbers and breeding was not observed again for almost 100 years, until 1999. With cats and rabbits now successfully eradicated, grey petrel numbers are starting to rise, with over 120 breeding pairs found last season.

Grey petrel burrows tend to occur in clusters and known breeding sites are distributed around much of the island’s coastal slopes with the greatest concentration found on North Head, just north of the station. Over the past few months we have been trying to determine their breeding population size by searching for and checking burrows. This can be very cold work! It is nearly always wet and windy and sometimes there is snow. Finding a burrow amongst the dense tussock can be a challenge, but after a while you get an eye for the tell-tail signs like diggings, faeces and a distinct, musky smell.

Finding the burrow is just the first challenge; the next is to determine what is in it. This is usually a multi-step process. A torch is used first to peep inside. If nothing can be seen then a pocket camera is used at arm’s length to look in further. If this still does not reveal anything a GoPro on a stick is used to look even deeper. There is quite an art to keeping your fingers warm enough for them to work, but not so thickly swaddled in gloves that you cannot operate a camera anymore! It is always a great reward when you pull your muddy arm back out of a burrow, look at the photos you have taken and see a beautiful fluffy chick!” 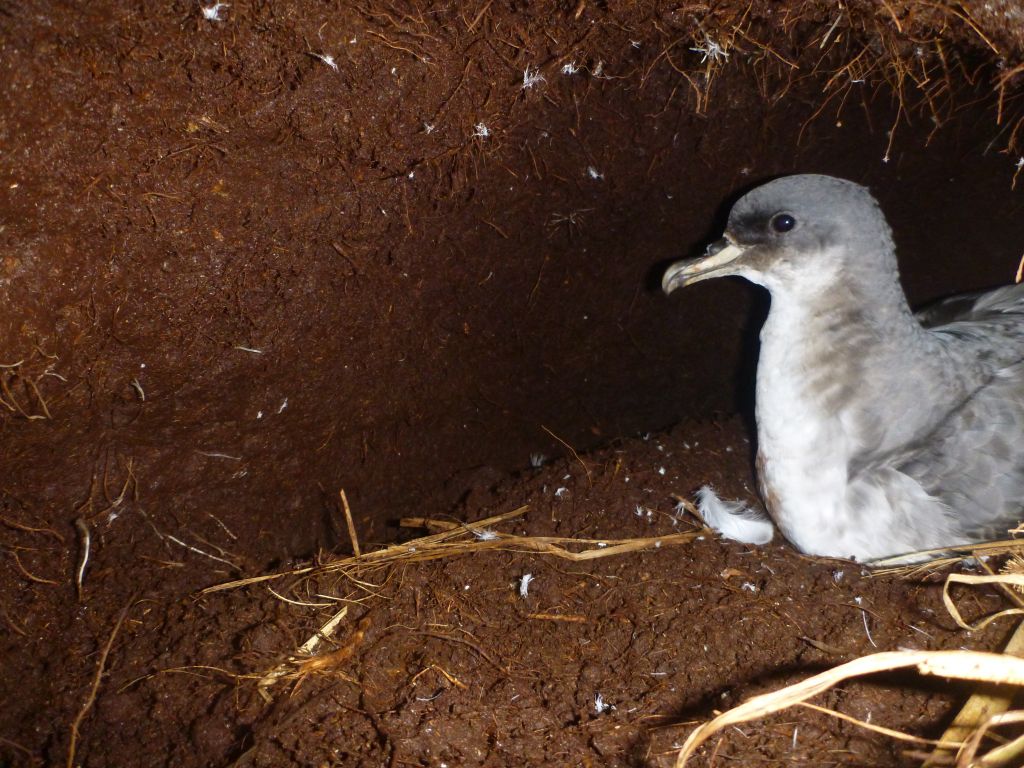 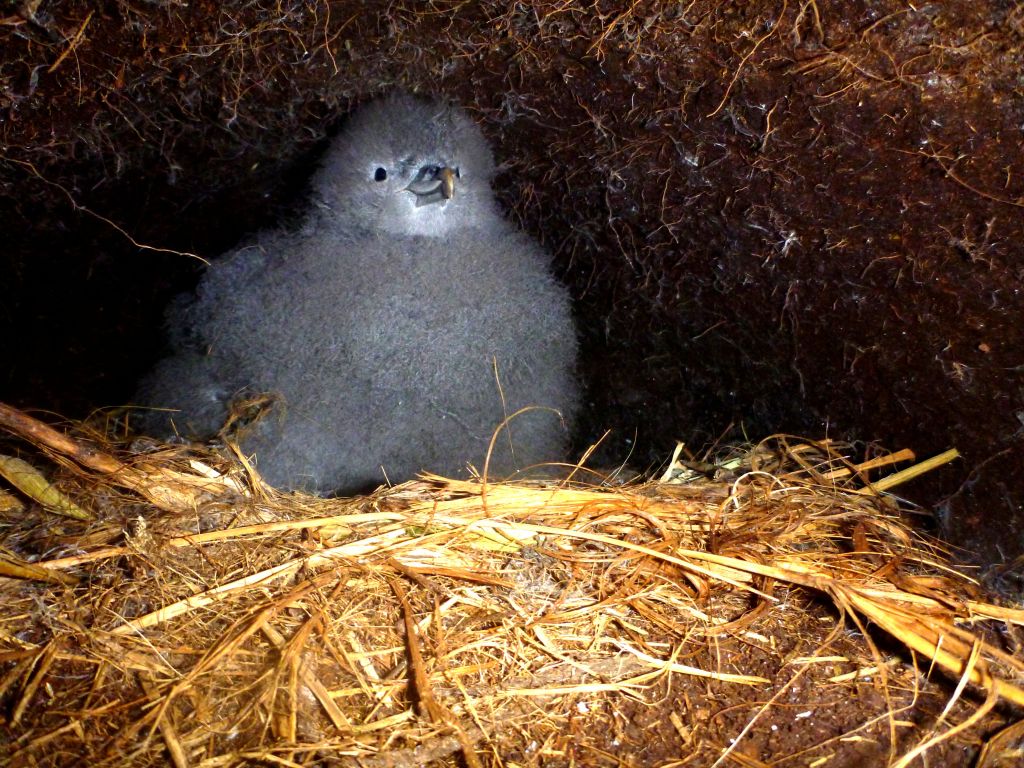