A change for Papahanaumokuakea? United States to review its large Marine Protected Areas in the Pacific

The current President of the United States last week signed an executive order “Review of Designations under the Antiquities Act” that directs the Secretary of the Interior Ryan Zinke to review as many as 25 to 40 existing national monuments created by presidential executive order under the Antiquities Act of 1906 that have been created since 1 January 1996 and that span at least 100 000 acres (405 km2 ) in size (click here). The Antiquities Act gives the President the authority, by presidential proclamation, to create national monuments from federal lands to protect significant natural, cultural or scientific features.  Click here for a list of the National Monuments affected.

The order calls on Ryan Zinke to consider “the requirements and original objectives” of the Antiquities Act, “including the Act’s requirement that reservations of land not exceed ‘the smallest area compatible with proper care and management of the objects to be protected.’ ”

The review will include examination of several large Marine Protected Areas, including Hawaii’s Papahanaumokuakea Marine National Monument (PMNM), which President George W. Bush designated under the Antiquities Act in 2006 and which President Barack Obama quadrupled in size a decade later in August last year (click here).  The 1 508 870-km2 PMNM supports large breeding populations of ACAP-listed Laysan Phoebastria immutabilis and Black-footed P. nigripes Albatrosses, as well as other seabirds, on such islands as Midway, Kure, Laysan, Lisianski and the French Frigate Shoals. 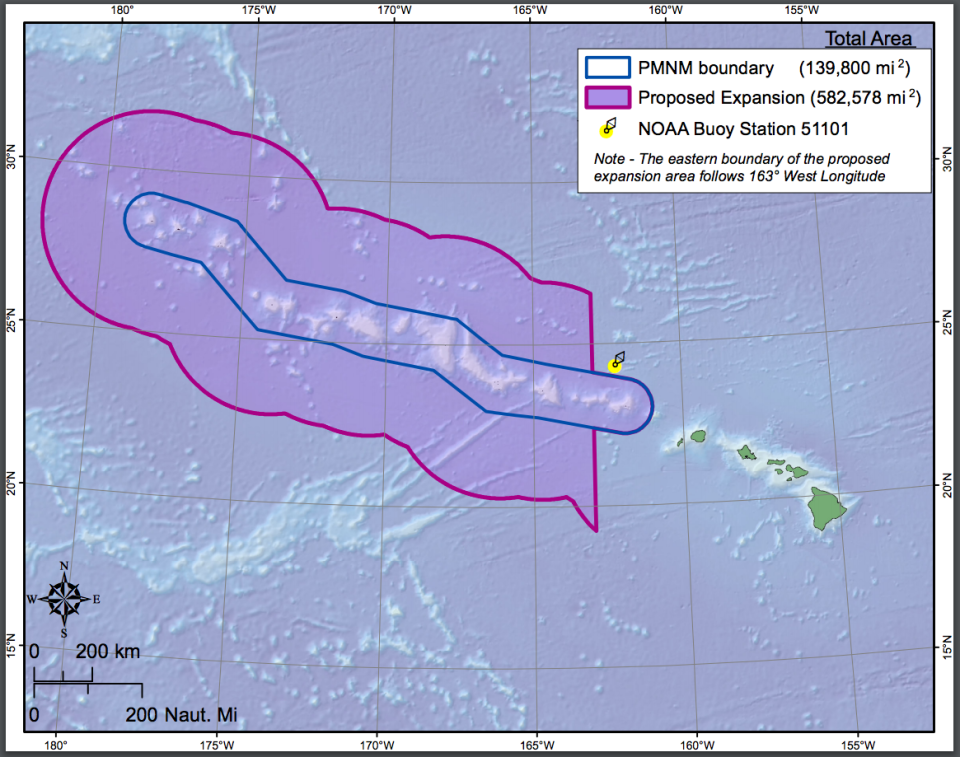 The executive order directs the Department of the Interior to provide an interim report to the President within 45 days and a final report to the President within 120 days of the order.  At a press briefing the Interior Secretary said “The executive order does not strip any monument of a designation [and] does not loosen any environmental or conservation regulation on any land or marine areas”.  He also stated that his report will come with recommendations to the President on “whether a monument should be rescinded, re-sized or modified”.  The enlargement of the PMNM by President Obama was opposed by the fishing industry, the Western Pacific Regional Fishery Management Council (click here for its submission), many state legislators and two former governors of Hawaii (click here).

ACAP Latest News will report on any changes to the Papahanaumokuakea Marine National Monument that may be recommended or made as part of the Interior Secretary’s review of the USA’s recently created large national monuments.  The PMNM (at its 2006 size of 362 075 km2) was inscribed as a mixed natural and cultural site on the World Heritage List in 2010 in terms of the Convention Concerning the Protection of the World Cultural and Natural Heritage (click here).