Were albatrosses smaller in the past? A new ancestral form from Antarctica

Carolina Hospitaleche (CONICET, La Plata, Argentina) and Javier Gelfo have published in the journal Historical Biology on an old bird bone from Antarctica.

“New remains from the La Meseta (Thanetian – Lutetian) and Submeseta (Lutetian – Rupelian) formations (Seymour Island, Antarctica) are tentatively assigned to Diomedeidae and Procellariidae (Procellariiformes).  Based on the fossil record and several analyses that attempt to explain the evolutionary patterns of Diomedeidae, Notoleptos giglii gen. et sp. nov., based on a small tarsometatarsus, was an ancestral form that lived in Antarctica before the rise of large-sized albatrosses.  Subsequent environmental cooling since the late Oligocene could have selected against small body size, to the detriment of small-sized albatrosses like Notoleptos, thus favoring large body size and setting the stage for the development of the specialized albatross flight.” 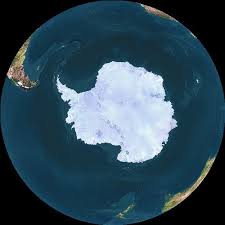