“Anthropogenic debris in the world’s oceans and coastal environments is a pervasive global issue that has both direct and indirect impacts on avifauna. The number of bird species affected, the feeding ecologies associated with an increased risk of debris ingestion, and selectivity of ingested debris have yet to be investigated in most of Australia’s coastal and marine birds. With this study we aim to address the paucity of data regarding marine debris ingestion in Australian coastal and marine bird species. We investigated which Australian bird groups ingest marine debris, and whether debris-ingesting groups exhibit selectivity associated with their taxonomy, habitat or foraging methods. Here we present the largest multispecies study of anthropogenic debris ingestion in Australasian avifauna to date. We necropsied and investigated the gastrointestinal contents of 378 birds across 61 species, collected dead across eastern Australia. These species represented nine taxonomic orders, five habitat groups and six feeding strategies. Among investigated species, thirty percent had ingested debris, though ingestion did not occur uniformly within the orders of birds surveyed. Debris ingestion was found to occur in orders Procellariiformes, Suliformes, Charadriiformes and Pelecaniformes, across all surveyed habitats, and among birds that foraged by surface feeding, pursuit diving and search-by-sight. Procellariiformes, birds in pelagic habitats, and surface feeding marine birds ingested debris with the greatest frequency. Among birds which were found to ingest marine debris, we investigated debris selectivity and found that marine birds were selective with respect to both type and colour of debris. Selectivity for type and colour of debris significantly correlated with taxonomic order, habitat and foraging strategy. This study highlights the significant impact of feeding ecology on debris ingestion among Australia’s avifauna.” 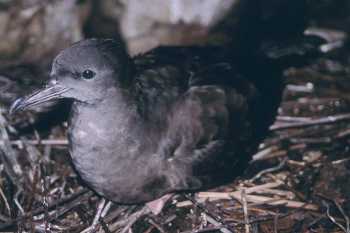