Annette Fayet (Oxford Navigation Group, Department of Zoology, University of Oxford, UK) and colleagues have published in the Journal of Animal Ecology on the results of manipulating the length of chick-rearing periods in Manx Shearwaters Puffinus puffinus by cross fostering.

Long-lived migratory animals must balance the cost of current reproduction with their own condition ahead of a challenging migration and future reproduction.  In these species, carry-over effects, which occur when events in one season affect the outcome of the subsequent season, may be particularly exacerbated.  However, how carry-over effects influence future breeding outcomes and whether (and how) they also affect behaviour during migration and wintering is unclear.

Here we investigate carry-over effects induced by a controlled, bidirectional manipulation of the duration of reproductive effort on the migratory, wintering and subsequent breeding behaviour of a long-lived migratory seabird, the Manx shearwater Puffinus puffinus.  By cross-fostering chicks of different age between nests, we successfully prolonged or shortened by ∼25% the chick-rearing period of 42 breeding pairs.  We tracked the adults with geolocators over the subsequent year and combined migration route data with at-sea activity budgets obtained from high-resolution saltwater-immersion data.  Migratory behaviour was also recorded during non-experimental years (the year before and/or two years after manipulation) for a subset of birds, allowing comparison between experimental and non-experimental years within treatment groups.

All birds cared for chicks until normal fledging age, resulting in birds with a longer breeding period delaying their departure on migration; however, birds that finished breeding earlier did not start migrating earlier.  Increased reproductive effort resulted in less time spent at the wintering grounds, a reduction in time spent resting daily and a delayed start of breeding with lighter eggs and chicks and lower breeding success the following breeding season. Conversely, reduced reproductive effort resulted in more time resting and less time foraging during the winter, but a similar breeding phenology and success compared with control birds the following year, suggesting that ‘positive’ carry-over effects may also occur but perhaps have a less long-lasting impact than those incurred from increased reproductive effort.

Our results shed light on how carry-over effects can develop and modify an adult animal's behaviour year-round and reveal how a complex interaction between current and future reproductive fitness, individual condition and external constraints can influence life-history decisions.” 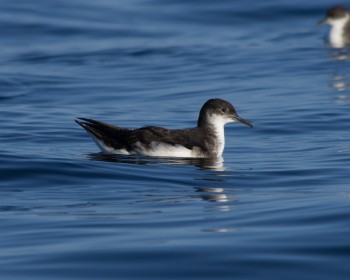 Read more on the research here.