The North Pacific Pelagic Seabird Database (NPPSD) is an online resource compiling the results of 40 years of surveys by Canadian, Japanese, Russian and USA biologists.  It documents the abundance and distribution of over 17 million individuals of 160 seabird species (and of 235 545 marine mammal records) over 27 million square kilometres of the North Pacific by including more than 350 000 survey transects undertaken between between 1973 and 2012.  The area covered includes more than 80% of U.S. continental shelf waters, the most productive U.S. commercial fisheries, all Pacific U.S. marine sanctuaries, and many offshore oil wells and lease areas (click here).

“The database offers a powerful tool for analysis of climate change effects on marine ecosystems of the Arctic and North Pacific, and for monitoring the impact of fisheries, vessel traffic and oil development on marine bird communities over a vast region.  It also creates an unprecedented opportunity to study the biogeography and marine ecology of dozens of species of seabirds and marine mammals throughout their range. 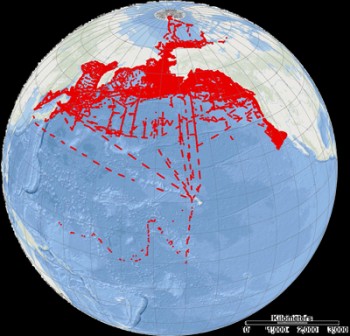 Scientists and observers conducted surveys ranging from the Channel Islands of southern California westward to the coast of South Korea, and from the Hawaiian Islands northward to the North Pole.  The majority of data collection occurred over the U.S. continental shelves stretching from California to Arctic Alaska, where concerns over the possible impact of human activities at sea have long fueled wildlife research and monitoring efforts.

Recent analyses using NPPSD data included  a risk analysis of shipping traffic on seabirds in the heavily traveled Aleutian Islands conducted by the U.S. Fish and Wildlife Service, and a study commissioned by the National Audubon Society to identify Important Bird Areas from California to Alaska." 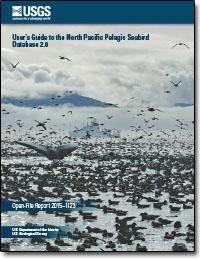