The locality in the Falkland Islands (Islas Malvinas)* with the greatest number of breeding ACAP-listed Southern Giant Petrels Macronectes giganteus is Sandy Cay in the Elephant Cays group off the south-west coast of East Falkland.  A total of 10 936 breeding pairs was counted on aerial photographs taken on 08 December 2004 and 7474 chicks on photos taken on 14 January 2005, giving an estimated breeding success of 68%.  The entire colony, the World’s largest for the species, was in one area and was relatively compact.  Breeding of about 1000 pairs of Southern Giant Petrels in the Elephant Cays was recorded in 1986/87, with “hundreds” prior to the 1960s. 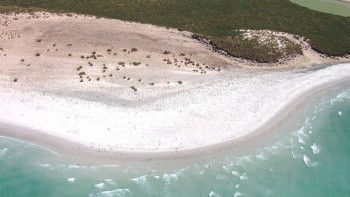 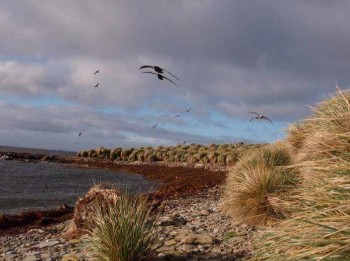 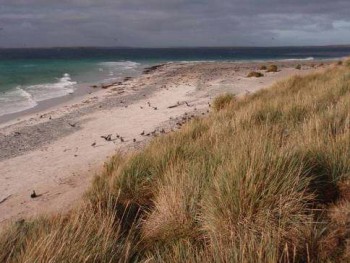 Sandy Cay is an 84-ha island with a 4-km coastline largely surrounded by kelp beds.  It is low-lying, flat-topped and roughly oval-shaped, made up of dense and ungrazed Tussac Grass Parodiochloa flabellata, grass meadows and boulder and sandy beaches and dunes, with three fresh-water bodies.  The single giant petrel colony is situated in the north of a 700-m long sandy beach in the north-east of the cay. 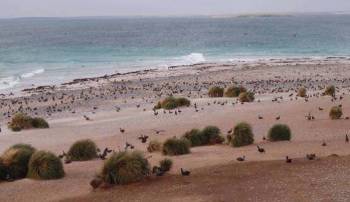 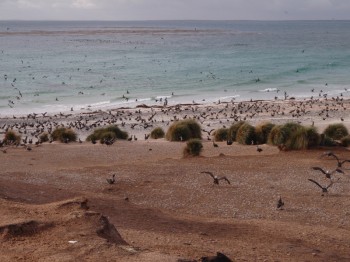 The island is privately owned and operated as a wildlife sanctuary or nature reserve with landings very rarely allowed.  It forms part of BirdLife International’s Important Bird Area for the Elephant Cays (FK05).  Sandy Cay has been stocked with cattle in the past, but now appears to have no introduced mammals, including rodents, based on a ground visit on 28 April 2010.  The collection of giant petrel eggs for human consumption by visiting vessels in the first half of the 20th Century has been reported, suggesting the colony is one of long standing.

With thanks to Ken Passmore, Sally Poncet, Tim Reid and Anton Wolfaardt for information and photographs.