The Agreement on the Conservation of Albatrosses and Petrels (ACAP) through its 13 Parties strives to conserve albatrosses and petrels by coordinating international activities to mitigate threats to their populations.  In 2019 ACAP's Advisory Committee declared that a conservation crisis continues to be faced by its 31 listed species, with thousands of albatrosses, petrels and shearwaters dying every year as a result of fisheries operations.  To increase awareness of this crisis ACAP will inaugurate a World Albatross Day to be held annually on 19 June from 2020, the date the Agreement was signed in 2004.

AC12 will be held from Monday 31 August to Friday 4 September 2020, in Manta, Ecuador.  Meetings of the Seabird Bycatch Working Group, and the Population and Conservation Status Working Group will precede AC12 at the same venue: SBWG10 from Monday 24 to Thursday 27 August, and PaCSWG6 from Thursday 27 to Friday 28 August. A joint SBWG10/PaCSWG6 will be held on the morning of Thursday 27 August, to discuss cross-cutting issues. 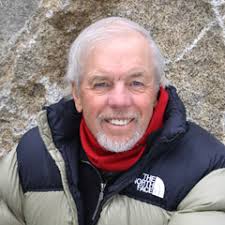 “To survive over the open ocean, albatrosses have to be expert mariners and the consummate masters of aerodynamics.  World Albatross Day is our chance to educate the people of the world on these, the most travelled and longest lived of all birds.” - Peter Harrison MBE*, author and illustrator, Seabirds: an Identification Guide (1983); Co-founder and Expedition Leader, Apex Expeditions.  *Member of the British Empire “For Services to Natural History” (1994).

Banners to help raise awareness of this year’s inauguration of World Albatross Day on 19 June have been made and photographed by researchers on nine breeding islands so far, all in the...