The Agreement on the Conservation of Albatrosses and Petrels, or ACAP, is a multilateral agreement which seeks to conserve listed albatrosses, petrels and shearwaters by coordinating international activity to mitigate known threats to their populations.

Development of the Agreement commenced in 1999.  It was concluded rapidly with only two meetings required to agree the text.  These meetings, held in Hobart, Australia, and Cape Town, South Africa, were attended by 16 countries and five international organizations.  ACAP was opened for signature in Canberra, Australia on 19 June 2001 and entered into force on 1 February 2004, at which time all Southern Hemisphere species of albatrosses and seven petrel species were listed under its auspices.  Currently (September 2020) there are 13 Parties to the Agreement - Argentina, Australia, Brazil, Chile, Ecuador, France, New Zealand, Norway, Peru, South Africa, Spain, the United Kingdom and Uruguay.  In addition several non-Party Range States regularly attend ACAP meetings.  The Agreement’s headquarters are located in Hobart, Tasmania, Australia.  ACAP is supported by a small Secretariat which consists of an Executive Secretary, a Science Officer and an honorary Information Officer. 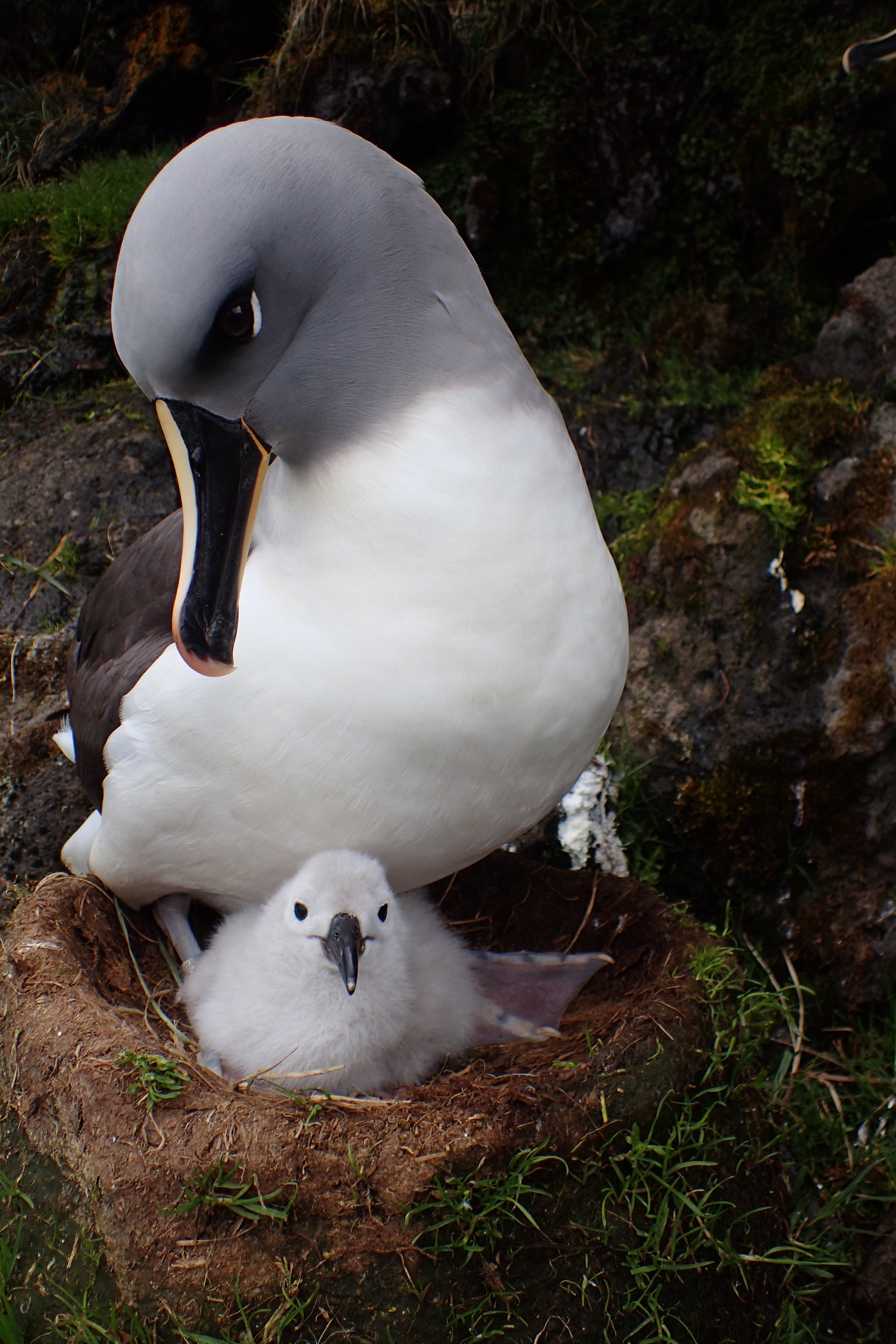 Twenty-one of the listed species carry an IUCN globally threatened status, ranging from Critically Endangered (three species), Endangered (eight species) to Vulnerable (10 species).  Seven species are considered to be Near Threatened and only three of the 31 ACAP-listed species (the Black-browed Albatross Thalassarche melanophris and both giant petrels Macronectes spp.) are currently characterized as of Least Concern.

Main threats to Albatrosses and Petrels

One of the most significant threats facing albatrosses and petrels is mortality resulting from interactions with fishing gear, especially during longline- and trawl-fishing operations.  In addition, birds may be threatened at their breeding sites by introduced predators, diseases, habitat loss and human disturbance, and by plastic entanglement and ingestion.  The Agreement provides a focus for international cooperation and the exchange of information and expertise, and the Action Plan annexed to the Agreement offers a framework for the implementation of effective conservation measures for these threatened seabirds, both on land and at sea.

Although individual nations are taking measures to protect albatrosses and petrels, international cooperative action is also required.  Albatrosses, petrels and shearwaters are susceptible to threats operating throughout their wide migratory ranges that extend across national boundaries into international waters and it is unlikely that actions by any one nation alone will be effective in improving their global conservation status.  International cooperation on conservation activities thus enhances the prospects for successful conservation measures across the listed species' ranges.

A key area of ACAP’s work is the review of the population status and trends of all 31 ACAP-listed species by way of maintaining a global database and producing a series of Species Assessments.  These assessments provide information on each species’ distribution, threats facing individual populations, the conservation measures in place to protect them, and identify any gaps in knowledge about the species.  ACAP has also developed a number of Conservation Guidelines, including on biosecurity and quarantine for breeding sites; on census methodologies; on the eradication of introduced mammals from islands; on best-practice advice for mitigating seabird bycatch in fisheries operations; on plastic ingestion; as well as an Action Conservation Plan (now to be revised) for the Waved Albatross Phoebastria irrorata of Ecuador’s Galapagos Islands.  These documents may be found on ACAP's website.

Other activities undertaken by ACAP include funding research projects via a small grants programme, a secondment programme and supporting capacity-building initiatives and enhancing awareness among the concerned public of the plight facing procellariiform tubenoses, primarily by disseminating information via weekday postings to ACAP Latest News on the Agreement’s web site (www.acap.aq) and daily to its Facebook Page.  Such news includes a series of illustrated ACAP Breeding Site accounts, brief reports of field work, management activities, conferences and other meetings, abstracts of scientific and popular publications, and occasional book reviews and obituaries.  Over 2000 ALN postings from 2006 can be searched by keywords.

The Agreement has been working with tuna Regional Fishery Management Organizations (tRFMOs), the Commission for the Conservation of Antarctic Marine Living Resources (CCAMLR) and other relevant fisheries management organizations to encourage the adoption of best-practice mitigation measures to reduce seabird mortality in especially longline fisheries in international waters outside national jurisdictions (the high seas).  Memoranda of Understanding (MoUs) have been signed with these bodies. The five tRFMOs have in the last few years adopted conservation measures incorporating ACAP’s best-practice advice for seabird bycatch mitigation in pelagic longline fisheries (primarily a combination of night setting, line weighting and deployment of bird-scaring lines). ACAP has also been working to reduce seabird mortality in trawl and other fisheries where seabird bycatch occurs. A product is a seabird bycatch identification guide directed at fishery observers to improve the quality of collected information on mortality, available in six languages and currently being updated.

In 2015 ACAP published a 10-year summary of its achievements in a 40-page illustrated booklet.  In 2019 ACAP's Advisory Committee (AC11) declared that a  conservation crisis continues to be faced by its 31 listed species, with thousands of albatrosses, petrels and shearwaters dying every year as a result of fisheries operations.  To increase awareness of this crisis ACAP inaugurated a World Albatross Day in 2020, to be marked annually on 19 June, the date the Agreement was opened for signature.

Much more still needs to be achieved.  A key challenge is to obtain accurate data on where and in what numbers seabirds are being caught as bycatch in fisheries operations, in order to assist the effective implementation of conservation measures.  Another challenge is to seek the active involvement of those Range States that are not currently participating in the Agreement’s work, as it is only through such cooperation that ACAP’s objective of achieving and maintaining a favourable conservation status for albatrosses and petrels can be met.

ACAP Secretariat 2015.  Agreement on the Conservation of Albatrosses and Petrels Achievements in the First Ten Years 2004 – 2014.  Hobart: ACAP Secretariat.  40 pp.