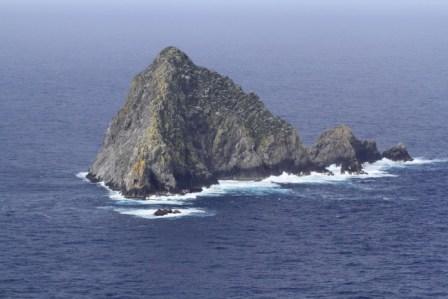 Mewstone is one of only three breeding sites of the ACAP-listed and Vulnerable Shy Albatross Thalassarche cauta, a species endemic to Australia.  The other two sites are Albatross Island (click here) and Pedra Branca.  Mewstone lies 22 kilometres off the south-eastern coast of Tasmania and falls within the Southwest National Park and the Tasmanian Wilderness World Heritage Area.  The island has been designated an Important Bird Area for its large Shy Albatross and Fairy Prion Pachyptila turtur populations. 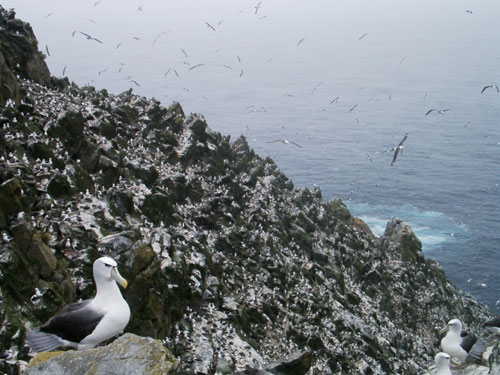 The only way to survey reliably its Shy Albatross population that nests largely on inaccessible cliffs is to take photographs from a helicopter.  The most recent population assessment, conducted in 2006, was of c. 10 000 breeding pairs. 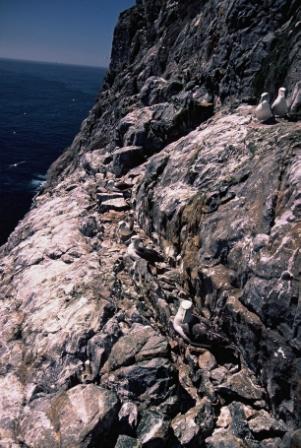 Some of the more accessible Shy Albatross nests on the Mewstone have been visited to deploy geolocation devices.  Access is via boat and can only be achieved in favourable weather, requiring both agility and good timing to jump from the dinghy to the landing site (a crack in the rock) at the top of a swell.  Only day visits are made to reduce disturbance and as there is very little in the way of flat ground for camping.  Landing is prohibited without permit. 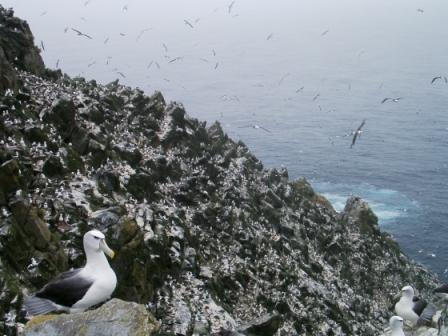 This pre-fledging Shy Albatross on Mewstone has been fitted with a back-mounted tracking device.  The aerial is visible.