The Hutton's Shearwater Puffinus huttoni is a Critically Endangered seabird endemic to the South Island of New Zealand, where it breeds in a few relict colonies (click here).  As a consequence the Hutton's Shearwater Charitable Trust was formed in October 2008 to encourage and promote the preservation, conservation, research, public education, and sustainable management of the species. 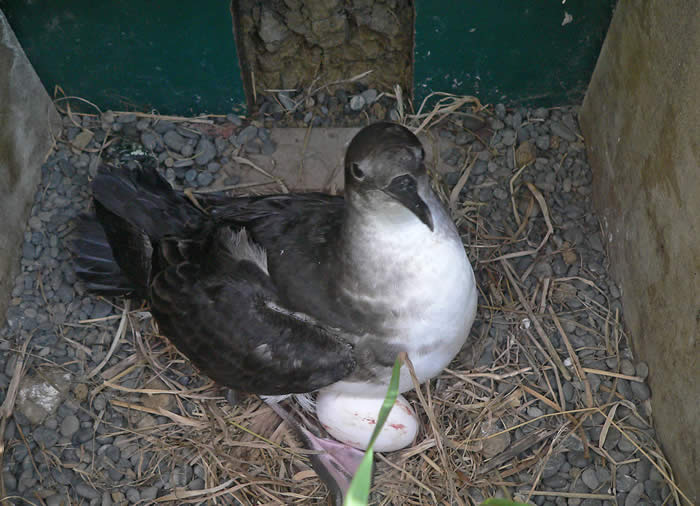 Hutton's Shearwaters breed in the Seaward Kaikoura Ranges at elevations between 1200 and 1800 metres.  In 1964 there were eight colonies but only two now exist which are under threat from feral pigs Sus scrofa, Stoats Mustela erminea and other alien predators and from natural hazards such as avalanches and earthquakes.  In 2005 a translocation project was commenced to create a new colony on the Kaikoura Peninsula, which has resulted in eggs being laid in artificial nest boxes (click here).  This month a second translocation exercise has begun to enhance further the species' conservation status.

Other news is that following filming at the breeding colonies a documentary entitled "The Mystery Bird" on the Hutton's Shearwater will be premiered at month-end at the Mayfair Theatre in Kaikoura.  The film has been produced by Claire Clements and Sean Giffin. 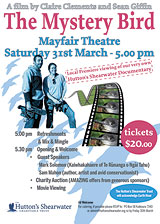