The Embassy of the Argentine Republic has presented its compliments to the Executive Secretariat of the Agreement on the Conservation of Albatrosses and Petrels (ACAP) this month to state that it has the honour to inform the Agreement that Minister Maria Fabiana Loguzzo, Director ­General for Environmental Affairs, Ministry of Foreign Affairs and Worship of Argentina, has been designated the new National Contact Point of the Argentine Republic to ACAP.

The Embassy also noted that the official responsible for the daily follow-up of the issues regarding the Agreement remains Ms Victoria Gobbi.

The ACAP Secretariat welcomes the designation of Minister Loguzzo and looks forward to working with her into the future.  The Secretariat would also like to thank Argentinia's outgoing National Contract Point, Minister Silvia Merega, for her support of the Agreement's work. 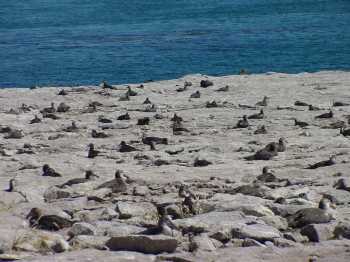