Hiroshi Hasegawa (Biology Department, Toho University, Chiba, Japan) has been working to save the Short-tailed Albatrosses Phoebastria albatrus on Japan's Torishima Island for many decades.  As a result of his efforts the population has grown from near-extinction to an estimated 3000 birds, with 512 pairs producing c. 340 fledglings in the last breeding season.

Hiroshi attended the Fifth International and Petrel Conference in Wellington, New Zealand last month where he presented a poster on his conservation work.  In addition, two other papers were given at the conference on the attempts to establish a new colony of STALs in the Ogasawara Islands by translocating and then hand-rearing chicks from Torishima.

The abstract of Hiroshi's poster follows:

"The Short-tailed Albatross, once believed to be extinct, has re-established itself on Torishima, Japan, after 60 years since re-discovery.  Through the managements of nesting habitats by grass transplant as well as erosion control at the original colony, the breeding success has been improved from the 40-50% level to about 65%.  We succeeded in creating a new colony on the erosion-free site with the use of decoys and sound.  The breeding success at the new colony is on average 75%, higher than the original colony by 10%.  This new colony is growing very rapidly by the immigration of immature birds from the original colony.  So, it is expected that with the growth of new colony, the overall breeding success of Torishima population will be improved up to around 70%.  In the current season, a total of 512 pairs nested on Torishima, producing c. 340 young, and the post-season population size would be estimated at c. 3000 birds.  Since the breeding population has recently been increasing in numbers at 7.5% per year, or doubling in 9.5 years, it would reach 1000 pairs with c. 6000 individuals in 2020."

Click here for a recent news story on the Torishima success. 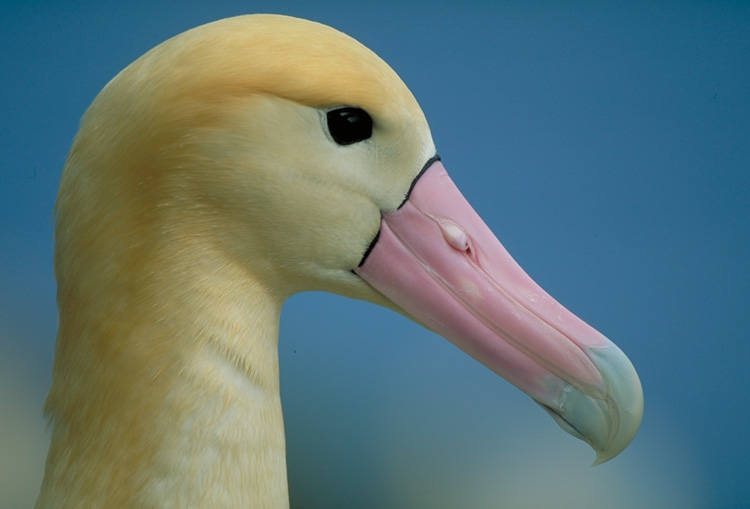