Who was Diomedes and where do the Quakers come in? Names of albatross genera explained

Graham Barwell (University of Wollongong, Australia), writing in the inaugural issue of the Animal Studies Journal, has looked at how the albatross genera originally got their names.  Read about the Greek warrior Diomedes, noisy Cory's Shearwaters breeding on a Greek island and the drab clothing of Quakers!

"Reasons for the choice of names for albatross genera were not provided by those who coined the names, when they derived those names in part from aspects of the ancient world of Greece and Rome.  Subsequent explanations have been at times inadequate or unhelpful.  The name Diomedea seems to have been influenced by Ovid's account of the transformation of men into large birds.  The name Thalassarche is straightforward, while Phoebastria and Phoebetria, with their associations with female prophecy, most likely recognise the associations of dark-coloured albatrosses with Quakerism and the traditions of women prophets in ancient times.  Connections of albatrosses with prophecy have changed over the centuries with contemporary associations being quite different from those in earlier times." 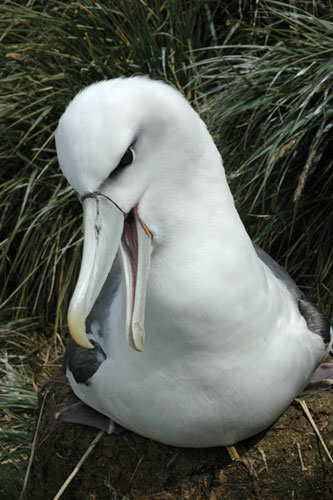