Wandering Albatrosses Diomedea exulans are not uncommon in South African waters, but sightings at sea do not normally allow deductions as to to breeding population from which they originate.

On 30 October 2011 the washed-up corpse of a Wandering Albatross was found on the beach at Llandudno, on the Atlantic coast of South Africa's Cape Peninsula by Harriet Nimmo, who noticed that the bird was banded with both metal and colour bands.  The metal band was inscribed "Inform British Museum Nat Hist[ory], London, UK" and carried the number 4002752.  The yellow colour band was inscribed B27. 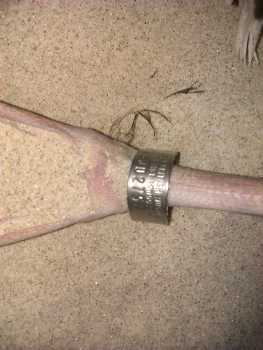 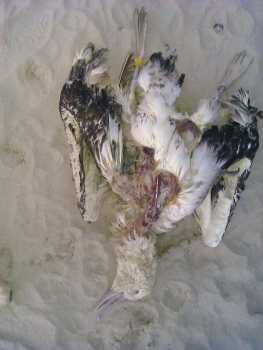 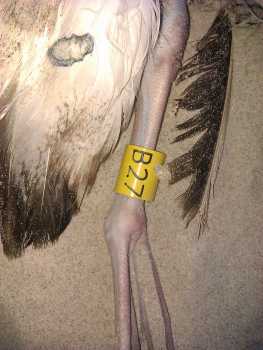 Information supplied by Andy Wood of the British Antarctic Survey reveals that the bird was banded as a chick at Bird Island, South Georgia (Islas Georgia del Sur)* on the other side of the South Atlantic on 8 October 2007 in the Wanderer Ridge study area, and hence was four years old when it was washed ashore near Cape Town.  It had not been recorded back on Bird Island since fledging.  However, the bird's parents currently have a nest with a chick on the island which was banded a couple of weeks ago, so hopefully this one will fledge and make it back to the island over time.

With thanks to Harriet Nimmo for the photographs and report and Andy Wood for information.