The Convention on Migratory Species (CMS) will hold its 10th Meeting of the Conference of Parties (COP10) in Bergen, Norway over 20-25 November this year.  At the meeting a review of the impacts of gill-netting on CMS-listed species will be considered.

"A study was conducted to assess the impacts of gillnet fishing on species listed by the Convention on Migratory Species (CMS species).  Concerns about the impact of incidental mortality in gillnet fishing has been expressed for marine mammals, turtles, seabirds and sharks. Such long-livedand/or top-predator populations have life-history traits that make them inherently vulnerable to additive adult mortality, with population decreases possible with additional fisheries mortality.  The review of fishery information concluded that gill net fisheries are too poorly documented to enable analyses of fishery activity or characterization of the fishing fleets using gill net methods into discrete fishery units.  Rather the research used summary gill net data at a universal level.  This approach may lead biases in the analysis of impacts of gill net fishing on non-target CMS species, sharks, turtles, marine mammals and seabirds.  Using information about species and gill net fishing distribution, the analysis examined therelative exposure of species to gillnet activity.  The information was then weighted by a factor to take into account the vulnerability of populations to extinction (IUCN weighted exposure).  Species most exposed to gill net fishing came from all species groups listed under the CMS Areas of high diversity (CMS species) were west coast of South America, west coast of Africa from the Cape of Good Hope to Algeria, The Red Sea / Persian Gulf to Arabian Gulf, New Zealand / Tasman Sea, and the Aegean Sea.  The twenty Exclusive Economic Zones of 237 areas, in which the greatest exposure to fishing risk occurs for CMS listed species (weighted by IUCN rank) were: Myanmar, Vietnam, Peru, India, Russia (Pacific), Chile, South Africa, China, Namibia, Greece, Galapagos, Bangladesh, Japan (Main Islands), Western Indonesia, Eastern Indonesia, Norway, Mauritania, United Kingdom, Algeria and Morocco.

The forty species most exposed to risk from gillnet fishing, when weighted by IUCN rank, by taxon group were:

The main recommendation of the research in relation to mitigation was that fishery- and species-specificsolutions need to be examined and prioritized.  The study provides some guidance as to which areas and which species interactions are most likely to benefit from further monitoring andmanagement.  No single mitigation method was found to be effective at reducing bycatch of CMS species across taxon groups.  Area and seasonal closures may come near to resolving all species issues, but are unlikely to be a feasible option to implement, given the high reliance of communities on fish from gill net fishing as a food source.  Research to define specific points of interaction between CMS species and particular fisheries is urgently needed.  There is a strong need for improved observer data, better records of bycaught species with a particular focus in the areas of high overlap of at-risk species and a high density of fishing effort.  The next step is for further, finer-scaled research to address bycatch issues in those areas, and for data to assess population and behavioural factors for the species identified as highest risk in this analysis." 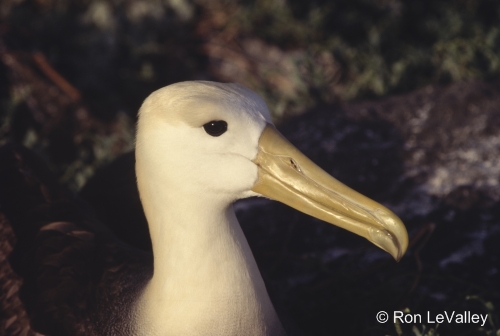 Visit an earlier ACAP news item on the CMS meeting in relation to the conservation of albatrosses and petrels.