Maite Louzao of the Centre d'Etudes Biologiques de Chizé, France and colleagues, in a paper  published this year in the Journal of Applied Ecology, have utilized at-sea tracking data for Wandering Albatrosses Diomedea exulans to identify "pelagic hotspots" that can be used to help identify marine areas for protection.

"1. Currently pelagic ecosystems are changing significantly due to multiple threats.  An important management policy is to establish marine protected areas, until now overlooked due to the difficulty of declaring ‘high seas' protected areas, obtaining long-term distribution data on indicator species and the dynamic nature of these ecosystems.

2. Within this framework, we developed predictive habitat suitability models of an oceanic predator, the vulnerable wandering albatross Diomedea exulans, in the highly dynamic Southern Ocean.  Based on a long-term tracking database (1998-2008), we estimated three quantitative ecological indices that complementarily describe the hierarchical habitat use of the species at multiple spatial scales: where the species (i) spent more time (the seascape, based on the time spent per area), (ii) searched for prey (the foraging habitat, based on zones of increased foraging intensity using first passage time), and (iii) fed (the feeding habitat, based on prey capture data).

3. Predictive habitat models reasonably matched the observed distribution patterns and described albatross multi-scale habitat use as a hierarchical arrangement: albatrosses foraged over topographic features in subtropical waters, nested within the wider seascape due to the constraint imposed by the colony effect, whereas feeding occurred nested over the continental shelf and seamounts in areas of low oceanographic variability within the Polar Frontal Zone.

4. Within the current oceanographic conditions, the location of key pelagic habitats for albatrosses breeding in the southern Indian Ocean encompassed certain topographic features such as pelagic areas surrounding main breeding sites, seamounts and submarine mountain ranges.  The placement of these pelagic hotspots depends on the current sea surface temperature conditions.

5. Synthesis and applications.  The present study provides two key conservation and management tools.  First, we provide the first map to support the development of a prospective network of priority conservation zones across the southern Indian Ocean based on habitat predictions of an oceanic indicator species.  This could be used not only to support conservation of top predators but also the underlying biodiversity associated with pelagic key habitats.  Secondly, the developed habitat modelling procedure is widely applicable and could be used to track changes in species distribution in both marine and terrestrial environments within the current global change scenario." 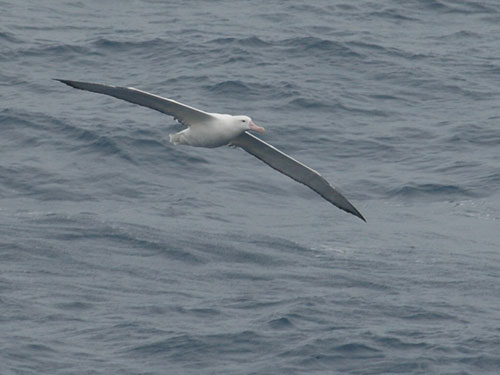