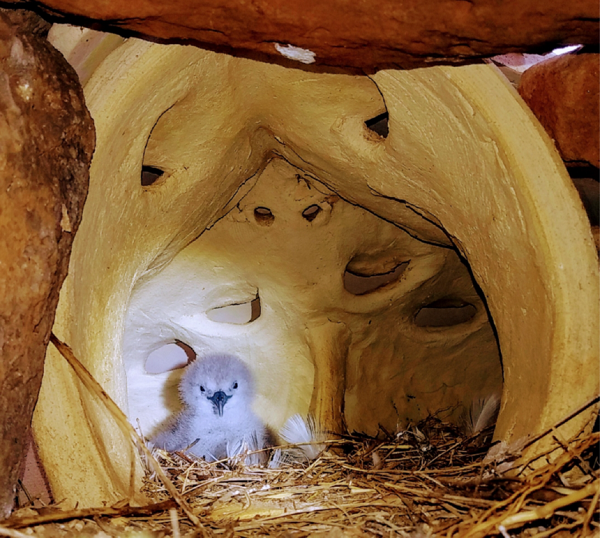 Authors David Hyrenbach (Hawai'i Pacific University) and Michelle Hester (Oikonos Ecosystem Knowledge) have reported in the journal ‘Elepaio on the ongoing monitoring and restoration efforts at the Freeman Seabird Preserve by the Hawaii Audubon Society and Hawai'i Pacific University since 2009, sharing findings from the 2019 breeding season of Wedge-tailed Shearwaters Ardenna pacifica, and discussing their plans for future monitoring, habitat restoration, and predator control at the site.

The following is taken directly from the publication:

“The monitoring data suggest that 2019 was another year of average phenology and chick productivity, in the context of the available time series (2009 – 2019).

“This was the first season the newly designed ceramic nests were deployed before shearwaters returned to prospect for breeding sites.  Six of the seven (85.7 %) nests with rock pile entrances were occupied by prospecting shearwaters, compared to none (0 of 7) of the nests with clay tunnels.  Birds laid eggs in 5 of the 6 occupied nests.  Because most burrowing seabirds have nesting site fidelity, it can take many years for breeders to select artificial nests.

“Additional restoration and management efforts in 2020 will involve monitoring the colony and enhancing the breeding habitat at the Freeman Seabird Preserve.”