Two more procellariiform species, both ACAP-listed, can now be added to the above list. 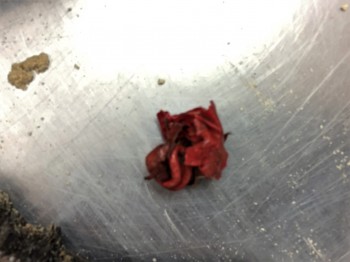 The ballon knot after removal

For the other bird David writes to ALN:

“The Grey-headed Albatross [is] more difficult to assess. There was both pieces of plastic and material from two different balloons (two different shades of red), however it was unknown if there was sufficient foreign material in the GIT to cause problems.  The general condition of the albatross was poor, with no body fat and wasted muscles, however many seabirds that have been washed up on the beach are in a similar condition.”

The Grey-headed Albatross also included a plastic straw, the first such record of ingestion by an albatross known to ALN, at least from the Southern Hemisphere. 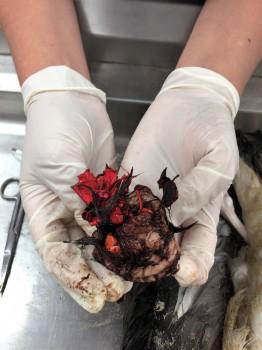 Pieces of a red balloon within a Grey-headed Albatross stomach 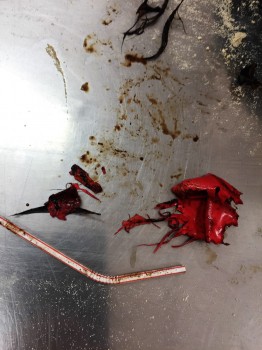 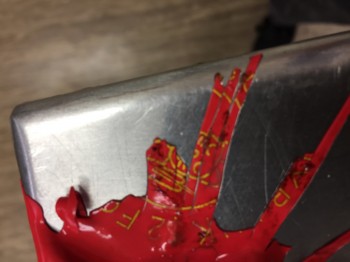 In a number of countries, including in Australia, environmental groups are campaigning for halts, or at least controls, of the releases of helium-filled balloons, especially en masse when linked to celebrations and sports events.  You can follow some of these bodies on Facebook:

Some environmental NGOs are also working against single-use plastic straws.

Read more on the above two incidents here.

With thanks to David Stewart.